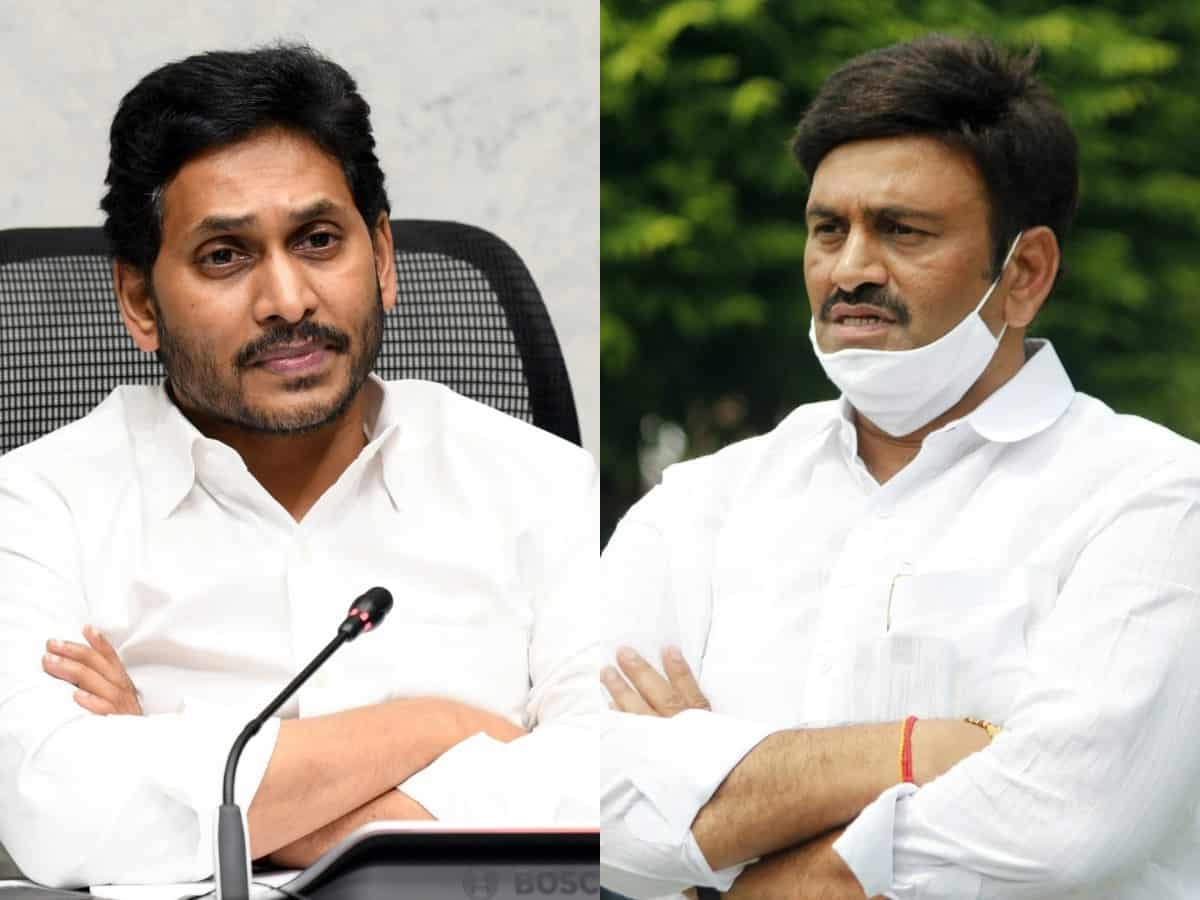 In a fresh development, YCP rebel MP K. Raghu Ramakrishnam Raju (RRR) was served notices by the CID, ahead of visit to his native constituency Narsapuram during Pongal. He termed the notices as a conspiracy of the YCP government.

At the same time, he also spoke about the foray of the state government into real estate business. He cautioned people to be wary in investing on the plots the YCP government had identified for sale in six places in the state as they could end up as victims of Jagananna Swaha Scheme.

“Our CM does not have money to lay roads in the state but says he would sell plots and provide infrastructure in the Jagananna Smart Townships. The government is also claiming that the plots are being sold at cheaper rates than market price but the people are saying that the price quoted by the officials is double the market price. Buyers are not able to understand whose words should be believed, he said.

RRR also said that the brochure on the smart townships released virtually by Chief Minister Y.S. Jagan Mohan Reddy mentioned that the township in Nowluru village near Mangalagiri, falling under the capital region limits, is 10 km away from the Secretariat and 15 km away from the High Court. This is in contrast to what minister Botsa Satyanarayana announced just a couple of days ago. The minister said that the three-capital bill would be reintroduced and in such a case, the High Court and Secretariat would be moved to Kurnool and Vizag respectively. People are in a dilemma over who is speaking the truth. Jagan or Botsa Satyanarayana?

He also reminded that the YCP government has a track record of not delivering at least one house built under Jagan’s three-year rule. In the wake of such circumstances, will people be cheated again, he asked.

He also suspected that the money paid by the public towards the plots would get diverted to other schemes and those buying the plots will end up in a similar situation like those of the Happy Nest venture planned in the capital region. Nobody would care to lay the pipelines or roads in the townships once the funds are diverted for the Swaha Pathakam, he cautioned.

He urged the people not to get victimized like Agrigold customers and Capital region farmers. In all likelihood, the people would be taken for a ride by the YCP government, RRR said.

The YCP MP urged Jagan Mohan Reddy to put an end to the demon rule in the state and stop perpetrating violence through the police force. He also appealed to the CM not to snatch away the funds of the village panchayats, which are sanctioned by the Centre.

He also appealed to the people to get united irrespective of the caste and political affiliations and defeat Jagan Mohan Reddy with a huge majority in the next elections.