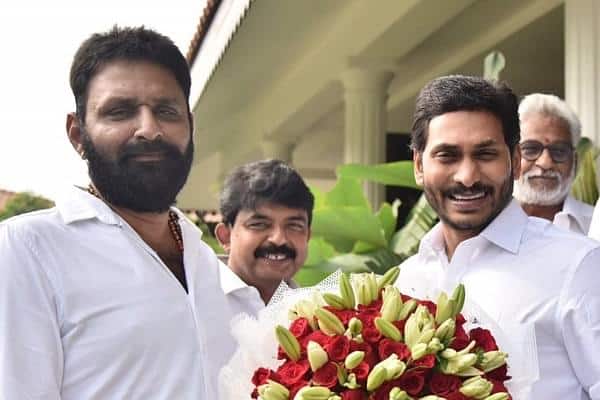 YCP firebrand leader Kodali Nani has landed in a tight spot what with his own party members criticizing him for being a loudmouth.

YCP leader Subba Rao Gupta, who was attacked by the supporters of minister Balineni Srinivasa Rao recently, gave a 72-hour deadline to Chief Minister Y.S. Jagan Mohan Reddy to change the portfolio of Nani from civil supplies to home ministry. In a sarcastic manner, he said Nani would be able to handle law and order in the state more efficiently. The YCP leader alleged that the attack on him was the handiwork of DSP Nagaraju.

He criticized Nani for tarnishing the image of the YCP and feared that the party would witness a revolt from within very soon due to the minister’s erratic behavior and unparliamentary language. Gupta said that Nani’s language was becoming unbearable by the day.

“Once you are in the public, you are speaking whatever is coming to your mind without any second thought. You are speaking about women in other families, their castes and many other things. Your abusive language is ruining the party. Every day, the YCP is losing some of its votes due to your filthy language. We are not able to count the votes that the party is losing on a daily basis. While CM Jagan is trying to improve the vote count of the party by 4% but Nani is making the party lose votes by 40%.”

In such a scenario, Gupta said that he was speaking on behalf of the YCP cadre. The cadre is weighing the options of Nani being expelled from the party or if they should boycott the party. “You are abusing people of all castes – chowdarys, reddys, kapus, etc. and are not understanding the damage you are doing to the party. Till now, you have seen attack by lions only but soon, you will face attack by wolves which would just tear your flesh and come back to do the same again. YCP activists will make you experience it,” Gupta warned.

The YCP leader urged Jagan to open his eyes at least now or they would be forced to abandon the party. “Control him, Jagananna. Else, give him the law and order wing as it is in a poor condition in the state.”

On the casino row, Gupta said that Nani should not be worried as he had declared that it was not organized at Gudivada. “The fact-finding team will probe into it and then know the truth. If they find something against you, then think of it. Why are you spoiling the YCP, Anna?”

He suggested that Jagan should take classes from minister Balineni to be ferocious underground and act like Kamal Hassan when in the public. “If you are not able to control Nani, give him warning underground and check his atrocities. Balineni will teach you how to do justice just as the same way he did justice to us in Ongole,” Gupta said in a satirical manner.

Further, Gupta said that he would contest from Gudivada in 2024 elections as it is doubtful if Nani would be given the YCP ticket. Nothing is sure about which party would give the ticket to Nani for next polls, he said.

“There is talk that Nani is acting independently without the knowledge of the CM. Jagananna, when would you wake up and witness Nani’s atrocities? Does not Jagan watch TV? People are feeling bad to vote for the YCP.”