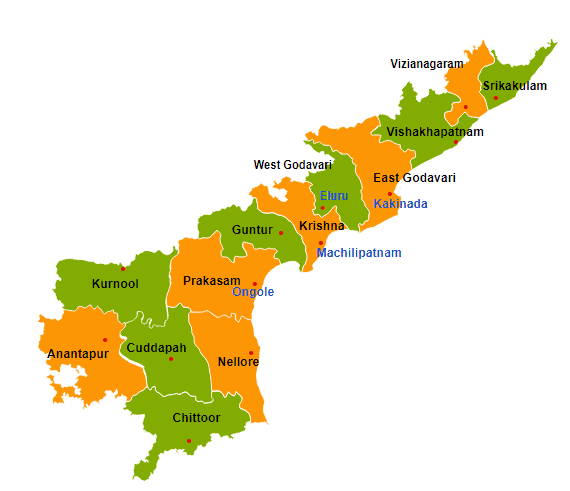 Andhra Pradesh Chief Minister Y.S. Jagan Mohan Reddy has made it clear that delimitation of districts would be done basing on the Lok Sabha constituencies. The state government set up a committee to study and take a final decision on the number of smaller districts and their boundaries, for better governance. He also urged the people to maintain calm even if there were minor problems, following the delimitation exercise.

If districts are divided based on LS constituencies, the 13 existing districts will get doubled and 25 will be formed. The revenue department had already worked on the proposal and proposed formation of 28 districts.

It may sound simple as every Lok Sabha constituency would be formed into one district but at the ground-level, there will be many issues coming into the scene like political and emotional factors.

New equations are likely to emerge as Krishna residents might get merged with the Godavari districts or Araku will witness more combinations and permutations, a few residents in Nellore constituencies might be branded as Rayalaseema public.

Delimitation will result in many changes both at the administrative and political level. The state government will also be faced with many demands regarding the new districts.

By March, 2021, the Committee, to be headed by Chief Secretary, with CCLA Commissioner, Secretary of General Administration, secretary of the planning department, a representative from the CMO as the members and Principal Secretary as the Convenor, will submit its report on the delimitation to the state government.

The last time AP witnessed delimitation exercise was in 1979 and Vizianagaram district was formed by merging a few places from Srikakulam and Visakhapatnam districts. Since then, no new districts were formed in the state.

As per the rule, the borders of any districts should not be changed till 2021 Census, the 16th Indian Census, is taken. However, they can work on the process.