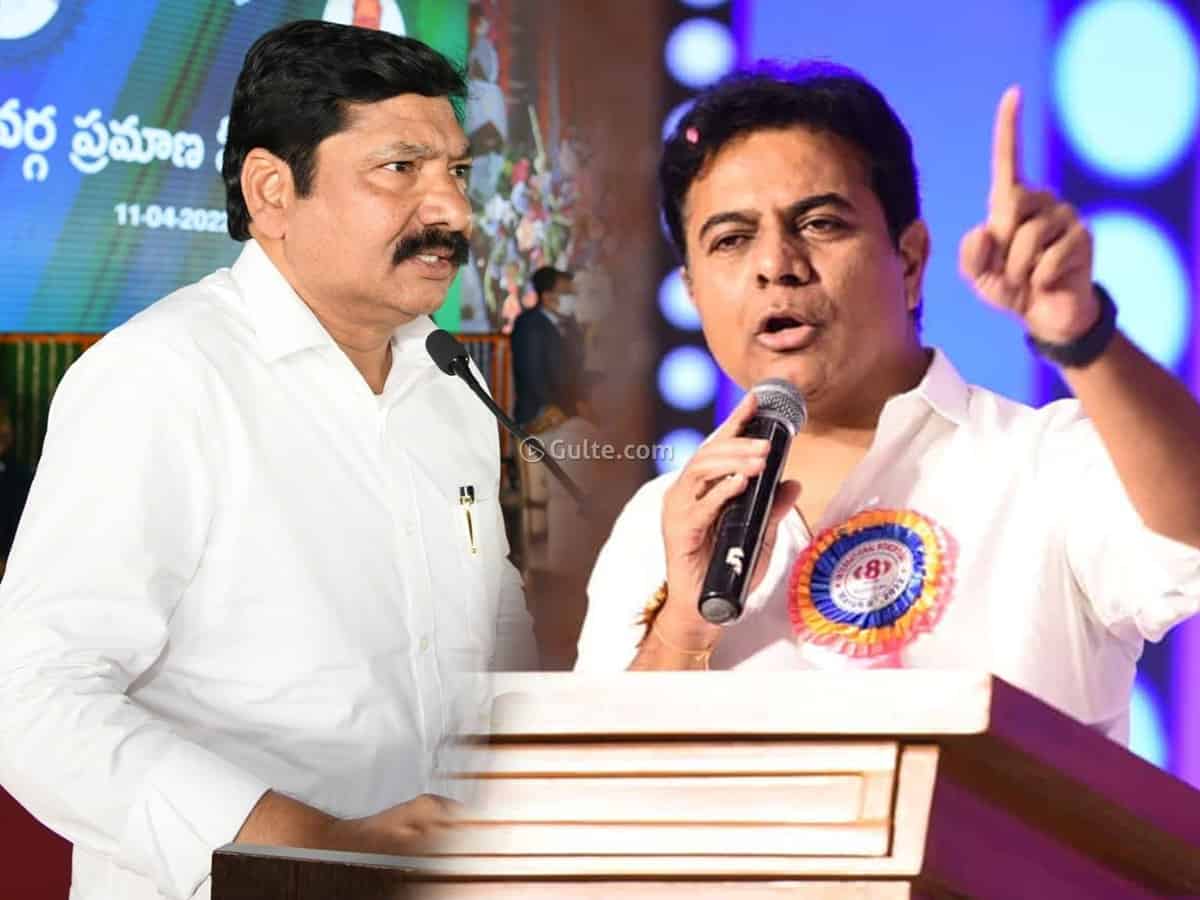 Minister K.T. Rama Rao’s remarks that the living conditions in Andhra Pradesh were pathetic and horrible did not go down well with the elected representatives in that state. KTR said that the roads in AP were ridden with potholes so much so that people were even dying due to frequent road accidents. There is no drinking water facility too in AP, the TRS leader said.

Peeved over the remarks, firebrand leader and minister Jogi Ramesh came down heavily on both KTR and his father K. Chandrasekhar Rao, the CM of Telangana. Both of them have lost mental balance, he fumed.

Further, he asked KTR to come down to Vijayawada and witness the welfare and development works taken up in AP. “Try to understand looking at what is happening in AP by coming to Vijayawada. Stop blabbering something without any reason,” he said.

The minister said that there were demands from people in Telangana that welfare programmes being implemented in AP should be repeated in their state too. May be, bowing down to the pressure from the people, both the Telugu states could become united in the very near future and do not be surprised if that happens, he said.

The father-son duo are unable to digest the good being done to the people by the YCP government and so speaking whatever is coming to their mouth, he said. People in Telangana themselves are saying that KTR is parroting whatever his father is saying. KTR should know about the history of Hyderabad and also gain knowledge about who had brought about development in that city. He should try to know who had taught culture and tradition to Hyderabadis, Jogi said.

“In fact, it was Andhra people who taught some culture to the Hyderabadis. Rulers from Andhra developed the city and the father-son duo are enjoying the brand image created by the former chief ministers.”

Come to Andhra Pradesh and you will find development even in the remotest village, he said, adding that they too know how to use sharp language and retort in the same way if KTR continued his criticism.

It has to be seen where would this verbal duel between Andhra and Telangana ministers lead to and in what way it would end.