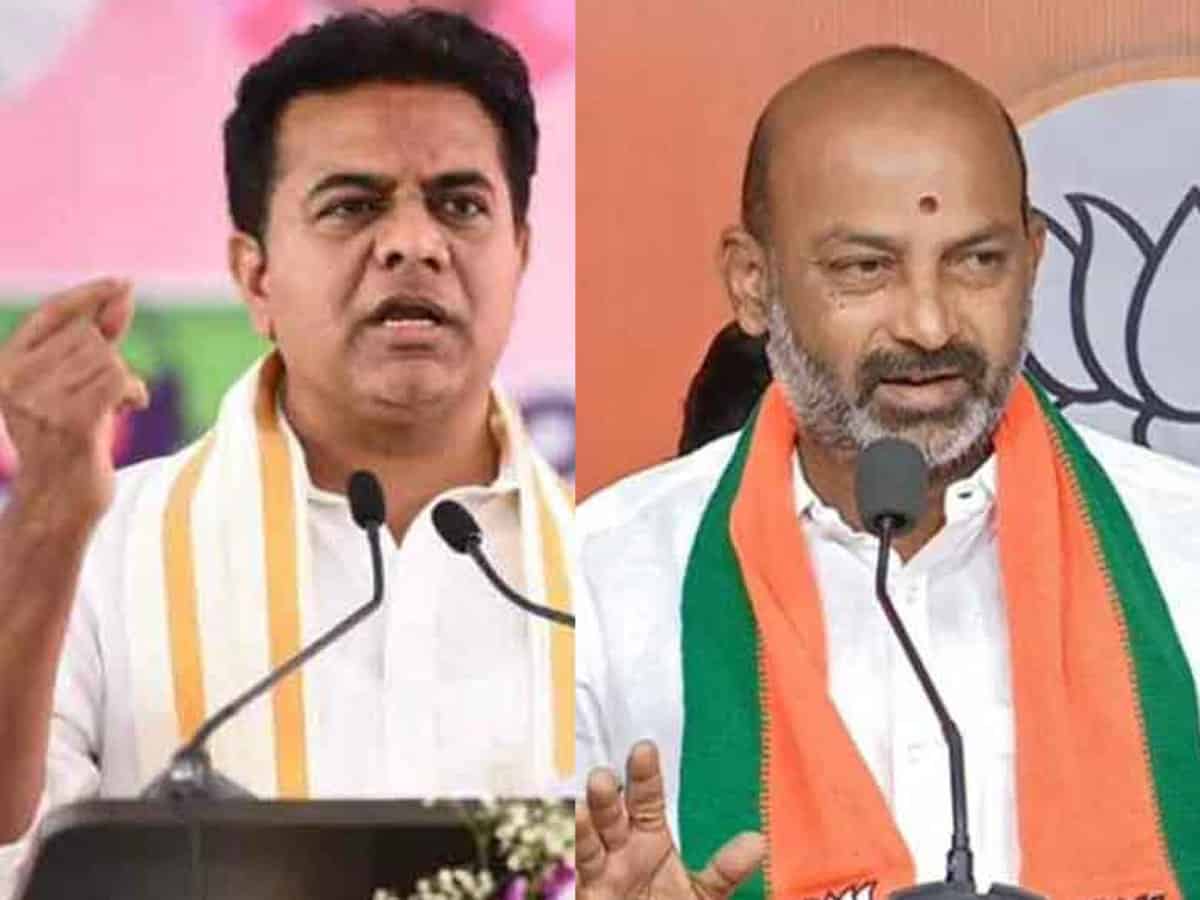 TRS Working President KTR served legal notice to Telangana BJP chief Bandi Sanjay for alleging that the former was responsible for the death of 27 intermediate students. Bandi Sanjay during his Paadayatra at Konayapalli interacted with people and said that CM KCR and KTR never bother about people and raked up the intermediate results controversy in 2019.

Reacting swiftly to these allegations, KTR said that Bandi Sanjay had absolutely no clue about this and demanded an unconditional apology from Bandi Sanjay. But the T-BJP chief ignored KTR’s warning and the consequences are here.

This afternoon KTR sent a legal notice to Bandi Sanjay through his advocates and the notice claimed that the reply has to be within 48 hours. Failing to reply in the stipulated time, KTR might take further legal proceedings and he is reportedly planning to file a defamation suit against Bandi Sanjay.

In the recent past KTR has been vocal against the BJP. Even the other day when PM Modi interacted with people of Gujarat, KTR questioned whether Modi is the PM of Gujarat or India.

How will Bandi Sanjay reply? Or will he ignore the legal notice? An apology from him would definitely dent his reputation.