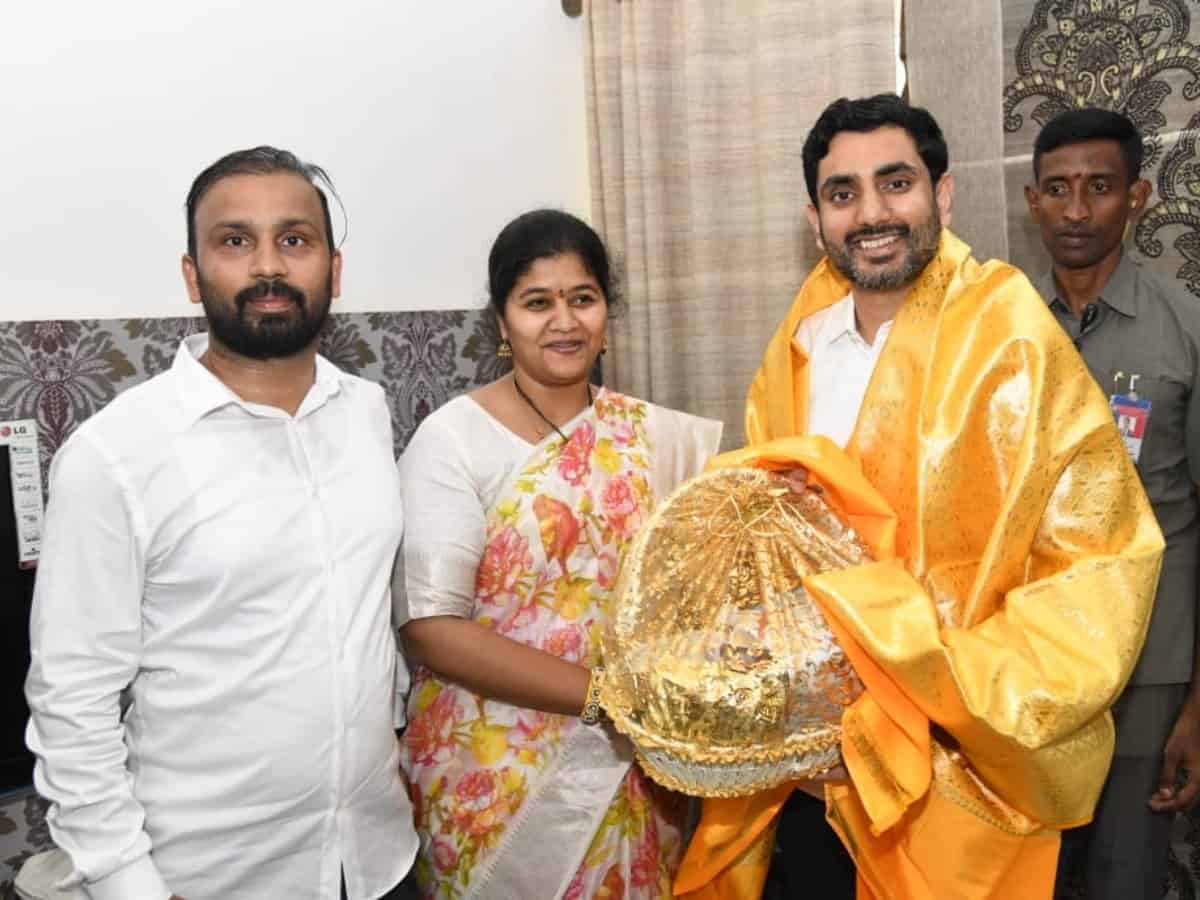 The notification for Atmakur constituency’s by-election is expected next month. Is TDP going to contest the by-poll or will it be let go as a mark of respect to Mekapati Goutham Reddy? Seems like the first option might happen and strengthening it an interesting development took place.

At the on-going Mahanadu in Ongole district, former minister and YSRCP MLA Anam Ramnarayana Reddy’s daughter Kaivalya Reddy met TDP general secretary Nara Lokesh. In this meeting Kaivalya Reddy showed interest in contesting the Atmakur by-poll and reportedly asked for the ticket. However Lokesh did not give her a word but a strong buzz is that Kaivalya might be the TDP’s candidate.

A few TDP insiders who have knowledge of this development, added that Kaivalya Reddy will soon join Telugu Desam and if things fall in place, she might be offered the Atmakur by-poll ticket. This meeting of Kaivalya Reddy with Nara Lokesh heated up the Nellore politics and also in Atmakur.

On the other hand Vikram Reddy, brother of late Goutham Reddy has been confirmed by the YCP for Atmakur by-poll. He commenced campaigning in Atmakur as well.

Political observers say that Atmakur by-election will be a one-sided one, given the image Goutham Reddy and Mekapati family have in the constituency. But Kaivalya Reddy’s entry would change the equations.