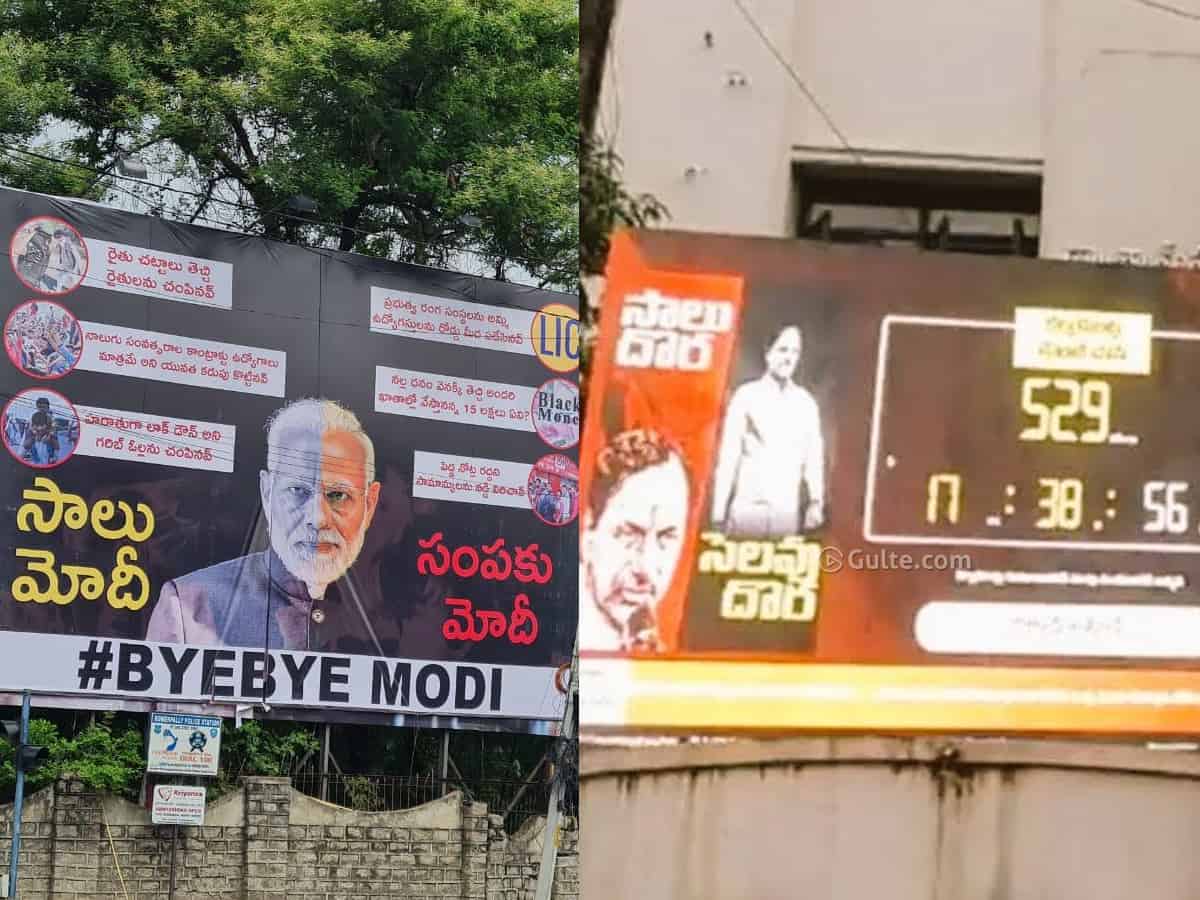 The ongoing political war between BJP and TRS is intensified ahead of PM Modi’s visit to Hyderabad where he is attending the two-day BJP National Executive meeting on July 2 & July 3 .

Over 300 national leaders of Lotus Party are descending in the city to attend this high-level meeting of the party. In this backdrop, TRS and BJP leaders are targeting each other publicly.

While some BJP netas have earlier screened against KCR in their media conference displaying, “Saalu Dora…Selavu Dora” and “Kalvakuntla Countdown”, now it is the turn of TRS leaders who erected some flexis on outdoor platforms against Modi and BJP. The flexis against BJP read, “Bye Bye Modi.” “Saalu Modi…Sampaku Modi”.

PM Modi’s picture displays his face having two shades in the flexis. The flexis target Modi’s unfulfilled promises and also his farm laws, failing to bring back black money, demonetisation and imposing sudden lockdown. The flexi is erected at Cantonment area which has become a hot topic.

Police have stepped in and with the help of cantonment officials tried to remove the flexis against the PM. Police people swung into action in order to avoid any untoward incidents and protests from BJP leaders against these public flexis.