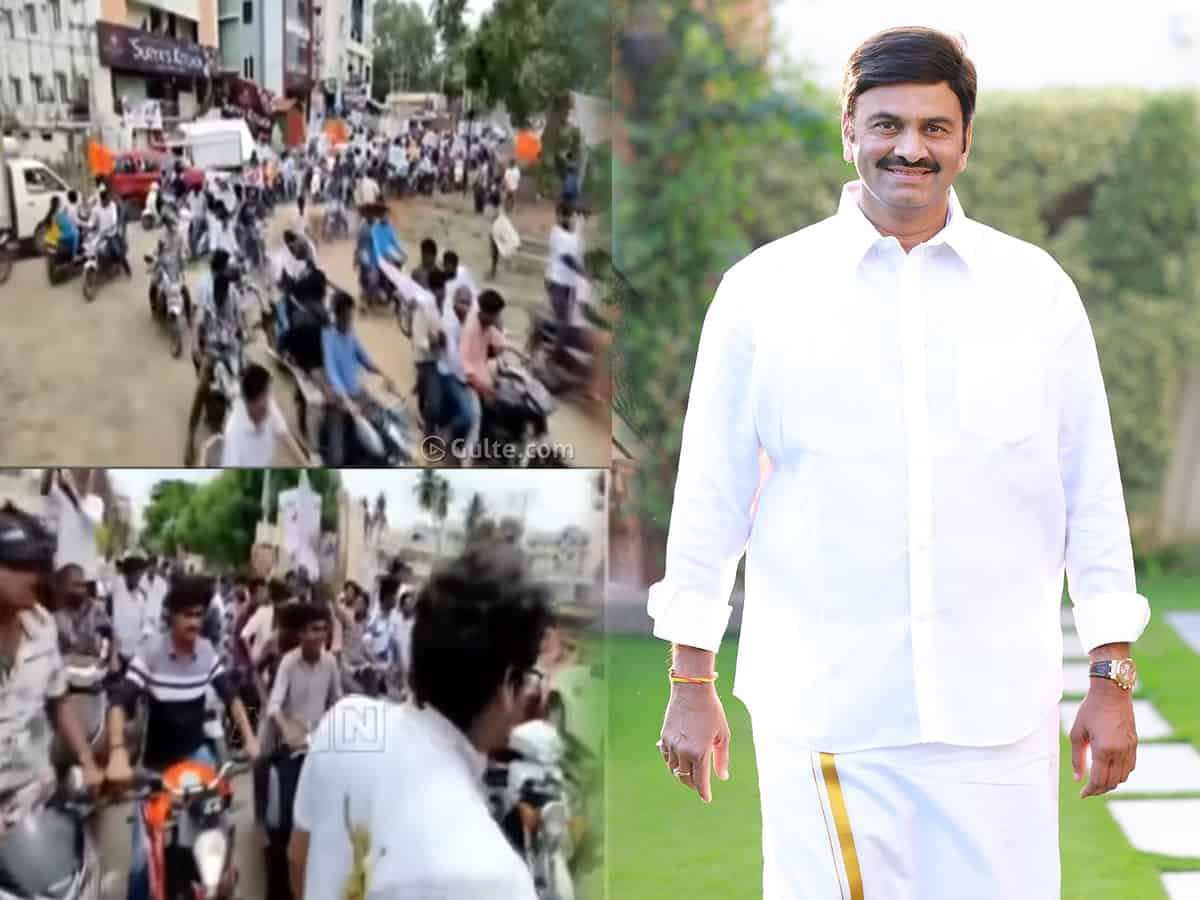 Narsapuram MP Raghuramam Krishna Raju was not invited to PM Narendra Modi’s meeting in Bhimavaram. Raju, whose name is missed in the guest list of PM meeting, has dropped from his train midway and returned home.

Raju’s photos are displayed throughout the rally. The bikers carried the flags with RRR photos raising slogans like ‘Jai RRR’, ‘Jai Jai RRR’. This has created an interesting political atmosphere in Bhimavaram town. According to Raghurama Raju, his name is not mentioned in the list provided by the CMO officials to the PMO team for PM Modi’s meeting.

Meanwhile, Raghurama Raju has written a letter to the PM complaining about the gross violation of protocol by not inviting the local Parliamentary MP. Raju also complained to the PM that his followers were arrested and beaten up by local police. Raju alleged that police in the state are acting at the behest of the state government violating the law.