This Time Kapus Decide To Stand By Pawan 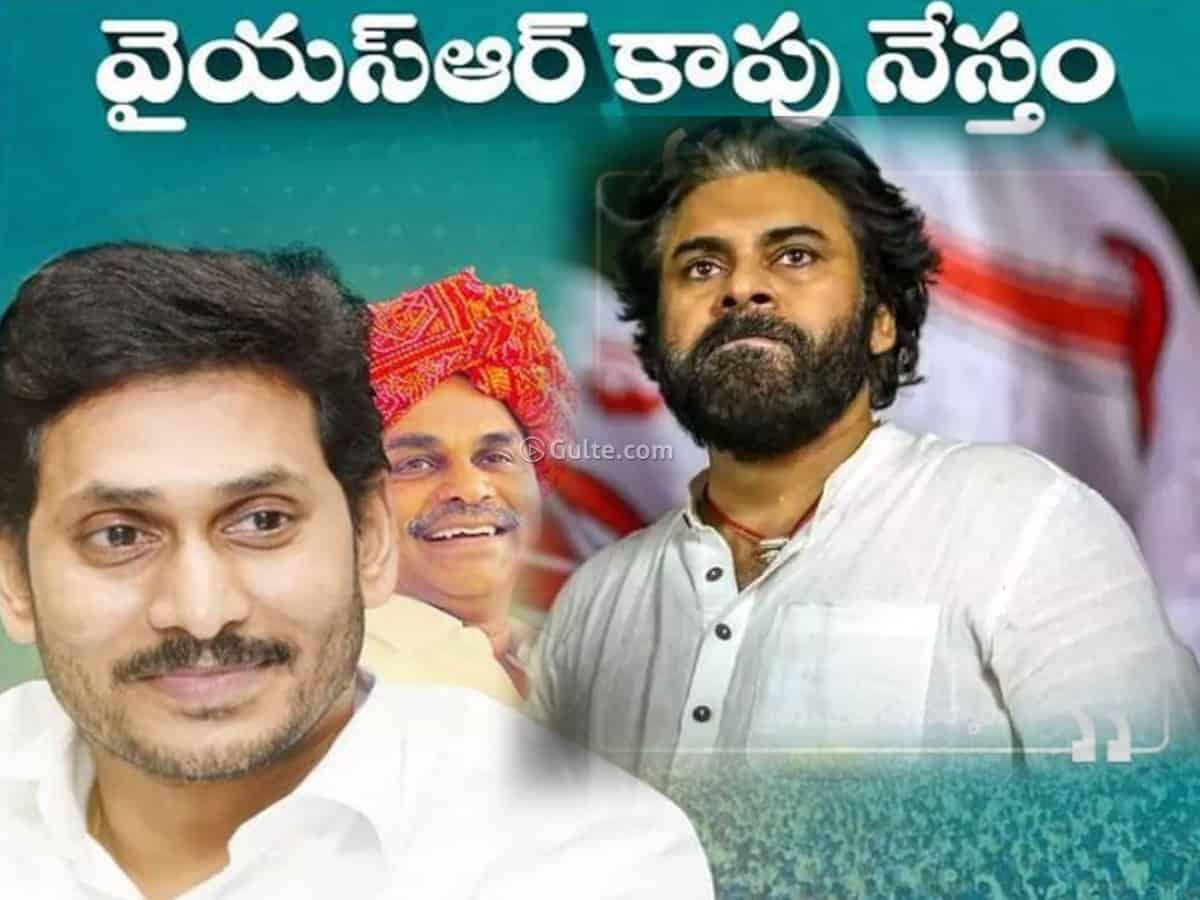 Chief Minister Y.S. Jagan Mohan Reddy’s serious allegation over Jana Sena chief Pawan Kalyan trying to sell Kapu votes to the TDP indicate that the ruling YCP is fearing rout in the upcoming elections. The YCP fears polarization of the Kapu votes in the next elections which it fears would harm the interests of the party and do good to the Jana Sena in 2024 polls.

Though being in a minority, Kapus constitute 20 per cent of the total population in Andhra Pradesh and they are concentrated in the coastal districts of the state.

With as many as 38 Assembly constituencies existing in the Kapu-dominated areas in the state, it is understood that they hold the key for victory in the elections. In a bid to woo the Kapu voters, Jagan Mohan Reddy introduced YSR Kapu Nestham programme and recently released Rs 508.18 crore which would benefit 3,38,792 women belonging to Kapu, Balija, Ontari, Telaga castes across the state for the third consecutive year.

During a programme held at Gollaprolu village in Kakinada district, the CM said the government had credited Rs 16,256 crore through Direct Benefit Transfer (DBT) to the Kapu community during the last three years. Over Rs 1,492 crore was spent on the YSR Kapu Nestam scheme alone, he claimed.

The YCP fears that it would lose the Kapu votes as there is buzz that the community would definitely back Pawan Kalyan as the actor-turned-politican too belonged to their community, in the 2024 elections. In 2009, when Pawan’s brother and thespian Megastar Chiranjeevi launched his Praja Rajyam Party (PRP), the Kapus rallied behind him as they were elated that they too would be able to control the levers of power, feeling neglected in the fight between the Kammas and Reddys, the two major castes which enjoyed political power so far in the state. Kapus have been sulking that they were being considered a major vote bank by the political parties but nothing significant was being done for their welfare. However, the merger of the PRP with the Congress dashed their hopes.

In March 2014, ahead of the elections, Pawan launched his political outfit Jana Sena amid much fanfare but the people had little hopes of the actor turning into a reliable politician. Since the launch of his party, Pawan had been accusing Jagan of joining hands with the TRS in neighbouring Telangana and had been going soft on Naidu which led to the Jana Sena being termed as ‘B team of the TDP’.

When the TDP was voted to power in 2014, the TDP boss and former CM N. Chandrababu Naidu promised 5% reservation to the Kapus within the 10% quota earmarked for the economically weaker sections, introduced by the Centre. The 5% quota in education and jobs had spurred the Kapus into an agitation mode as it was one of the key poll promises made by Naidu but he failed to fulfil it.

In 2016, Mudragada Padmanabham, a prominent leader from the Kapu community and former Congress MP from Kakinada, even launched an indefinite fast which also led to arson in the coastal districts.

In December 2017, Naidu’s Cabinet had passed a bill unanimously providing 5% reservation to Kapus and sent the same to the Centre for approval. However, Naidu’s attempt to provide quota to the Kapus did not bear fruit as it breached the 50% reservation ceiling set by the Supreme Court.

By 2019 too, the Kapus did not believe Pawan would be able to transform into a politician who will be committed to his words and this led to the community supporting YCP supremo Jagan Mohan Reddy. A major per cent of the Kapu community members cast their vote to Jagan which catapulted him to power.

Two years down the lane, Pawan honed up his oratory skills and people have started believing that he can be a strong opposition leader as he had been questioning the YCP government on various injustices being done to the public. While the public was reeling under inflation and bearing the burden of spiked prices of essentials, the YCP government was focused on making entertainment affordable for the poor by reducing the prices of the movie tickets. This led to a furore among the public and Pawan said that it was a move by the Jagan-led government to settle scores with him as he had been exposing the hollowness in the CM’s promises.

Pawan’s public meetings drew huge crowds and people’s support to the Jana Sena leader was evident in the local body elections held in 2021. Pawan won the hearts of the youth, who were his ardent fans already, and also the Kapus. The growing support to the actor-turned-politician reflected in the panchayat polls and Pawan said that the party’s base was growing from the grassroots-level.

In the first phase of panchayat polls, the Jana Sena secured 18 per cent of votes and in the second phase, it crossed 22 per cent. The party secured more than 250 sarpanch and vice-sarpanch seats. This apart, Pawan’s party stood in the second place in more than 1,500 panchayats.

Now, there is buzz in the political circles that the Kapus would work in favour of Pawan Kalyan’s party in 2024 elections and the YCP cadre is perturbed with the talk, say political analysts.

Political observers are of the opinion that Jana Sena, which is already in an alliance with the BJP, would also tie up with the TDP just as the elections draw close and when this happens, the polarization of the Kapu votes would benefit both the Jana Sena and the TDP too.

There is talk that the TDP, BJP and Jana Sena would sail together to defeat the YCP in the state. It has to be seen how the political equations would work out at the last moment as there are 18 more months for the political parties to go for the people’s verdict.