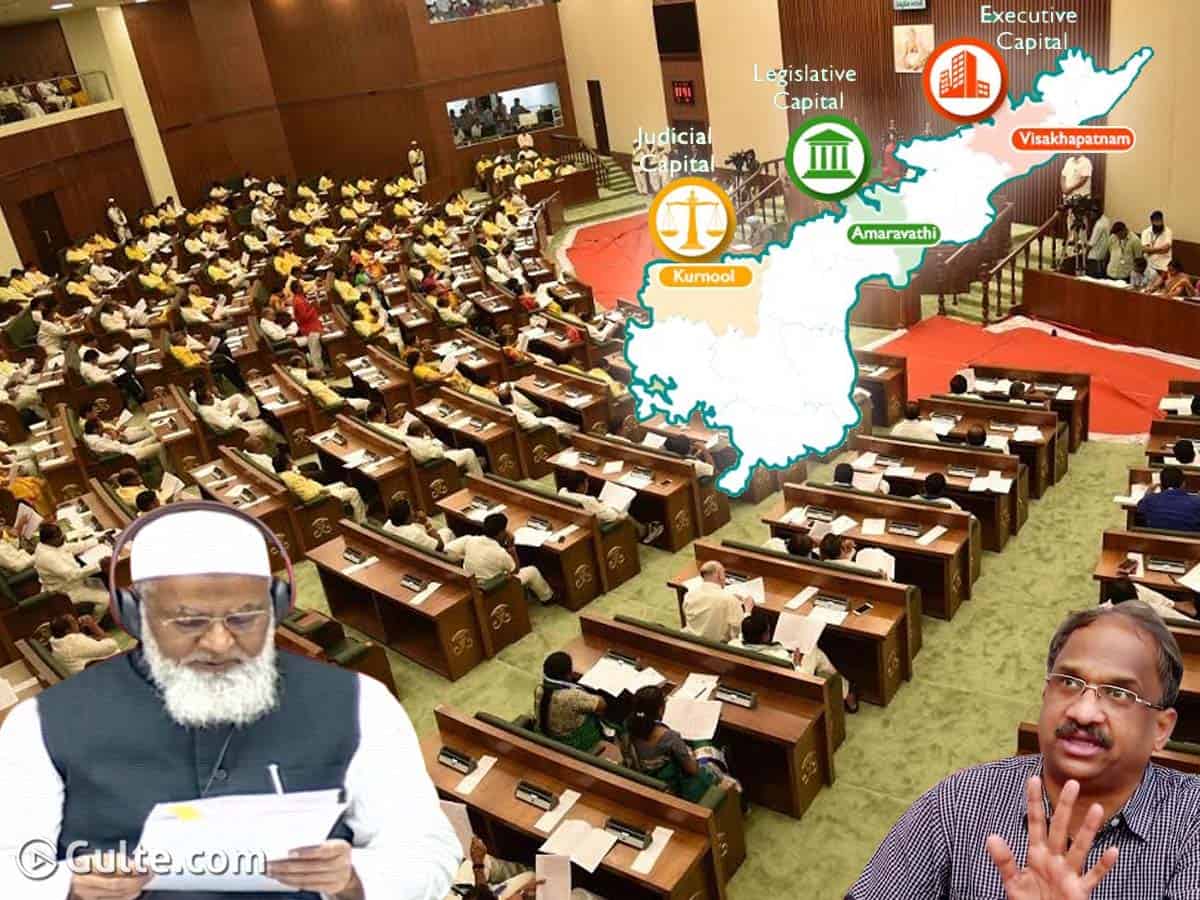 Confusion prevails over the constitution of select committee in Andhra Pradesh legislative council on the three capitals bill as competing claims to this effect continue to rock state politics. In a clear display of constitutional impropriety, even the speaker of the legislative assembly joins the slugfest.

The chairman of the council and the TDP that has majority in the house, claims that the process for constituting select committee was over and therefore assembly sending the bill to the upper house is contrary to the rules of business and ultra vires to the constitution. In fact, one of the challenges to the three capitals bill in AP high court is on this issue too. The secretary of the council and the ruling YSR Congress party which does not have the numbers in its favour in the house argue to the contrary.

Assuming that court accepts the position that a select committee was constituted, will it intervene to set aside the three capitals bill on the ground? The judiciary can only interfere in the legislative proceedings only when there is a substantial case of illegality. But, even if the court finds a substantial case of irregularity in the conduct of the business, it cannot be a ground for judicial review of the same.

The chairman has goofed up in the legislative council in regard to the proceedings while taking up the issue of select committee. As per the rules of business of the house, the chairman has the power to waive the need for a notice or the period required for giving a notice. But, the chairman cannot waive the need for a motion to be carried in the house as per rule 143 of rules of business and conduct of Andhra Pradesh legislative council.

But, the chairman instead announced that he is referring the three capitals bill to the select committee using his discretion, though the house has not adopted any motion to this effect. The chairman has no such discretion to waive a need for a motion to be carried in the house. A presiding officer of legislature cannot usurp to himself the powers bestowed on the house by the constitution.

The article 189 of the constitution of India, clearly states, ”all questions at any sitting of a House of the legislature of a State shall be determined by a majority of votes of the members present and voting…”

Therefore the prevailing controversy over the constitution of a select committee cannot pose a sound legal challenge to the three capitals bill.