Rajinikanth To Be Appointed As Governor? 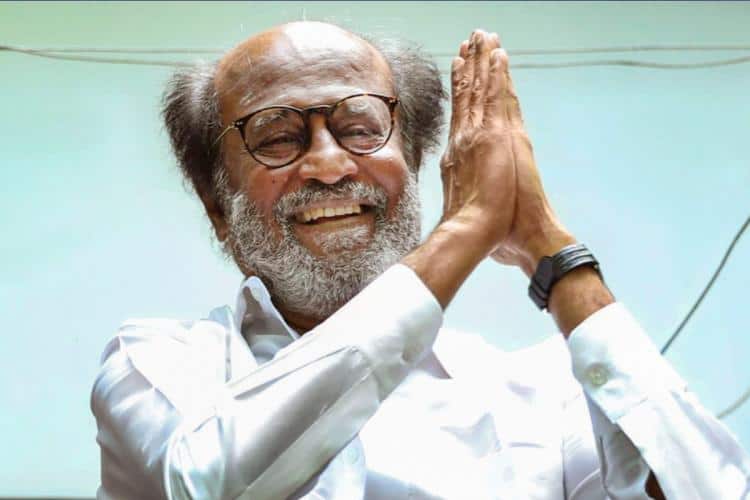 Superstar Rajinikanth’s name is yet again making noise in the political circles. From New Delhi to Tamil Nadu, there are huge reports that Rajinikanth might be appointed as Governor and it’s the BJP which is working on it.

Strengthening these reports, a few days back Rajini met the top brass of BJP leadership in Delhi and discussed many aspects. Rajini maintained a low key affair of his Delhi tour but it sparked a huge debate once he landed in Chennai and immediately met TN Governor RN Ravi.

The Tamil media learned about Rajini meeting TN Governor and they reached the Raj Bhavan for the Superstar’s reaction. Acknowledging that he discussed politics with the Governor, Rajini refused to disclose what were the details involved.

We hear the BJP is penning a big sketch in appointing Rajini as the Governor. He is a spiritual follower and BJP wants to take advantage of Rajini’s lifestyle and propagate political benefits by making people go with the philosophy of Hinduism.

Political analysts believe that inviting Rajini to the NITI Aayog meetings held recently was part of this strategy. Currently, some states have temporary Governors and the BJP is contemplating to appoint Rajinikanth as the Governor of a small state and wants to see what it can achieve with this move. However there also reports that Amit Shah is not convinced with the idea to appoint Rajini as Governor while PM Modi is in full favour.

Before the Tamil Nadu Assembly elections, Rajinikanth planned to enter politics. But he dropped his plans owing to health concerns. Rajini’s political entry was in the headlines for two decades and finally it died about a year and half back.