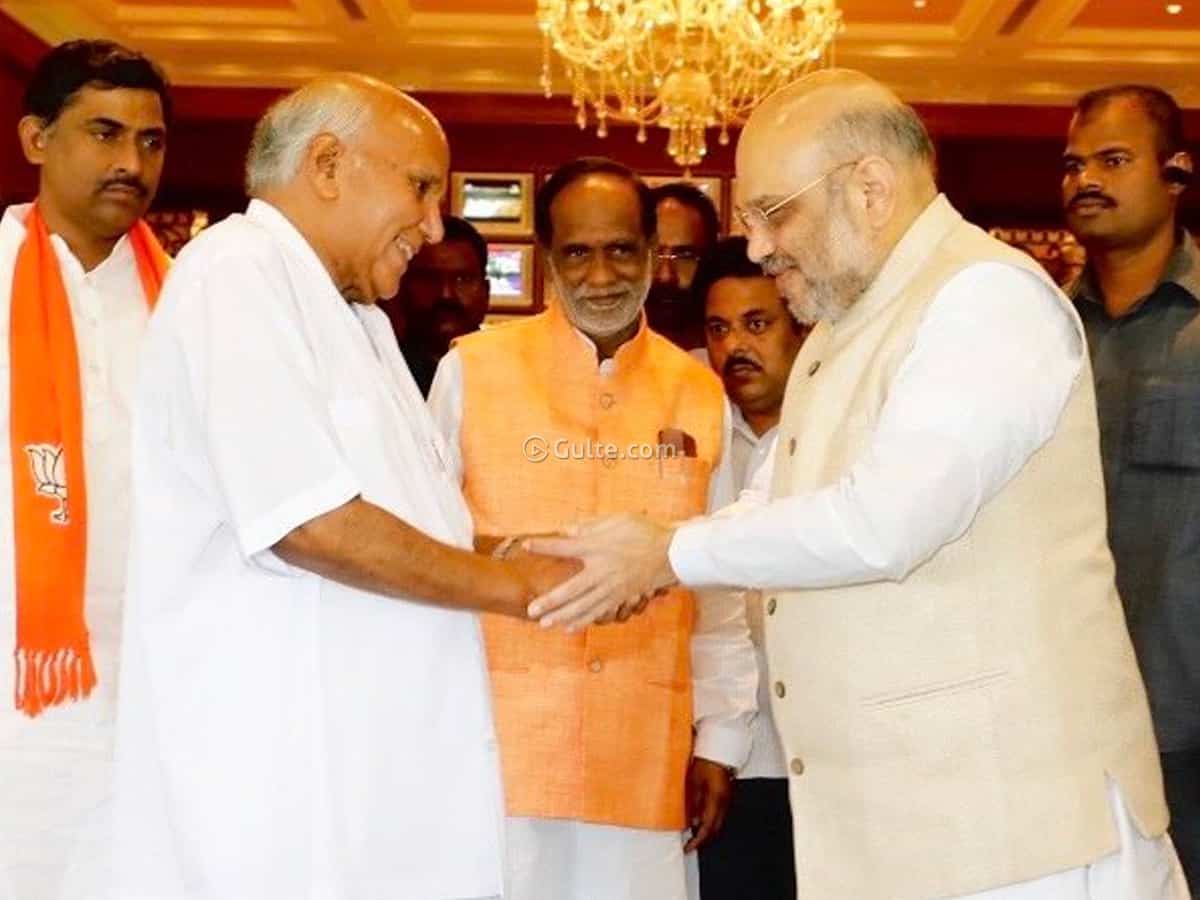 The Telangana politics are centered around Munugode. On Sunday Union Home Minister Amit Shah will attend a massive public meeting in Munugode and the Telangana BJP is making unprecedented arrangements for the same. In this tour of Telangana, Shah is expected to meet Eenadu group’s chairman Ramoji Rao.

Initially Amit Shah’s schedule was to fly back to Delhi after Munugode public meeting but in the last minute there appeared a change. After the Munugode meeting, Amit Shah will reach Ramoji Film City by road. At around 6:45 PM, he will arrive at RFC and at 8 PM, he will be meeting T-BJP leaders and giving them directions for the by-election.

There is over an hour gap from the moment he arrives at RFC and meeting T-BJP leaders. Highly placed sources say that Amit Shah is expected to meet Ramoji Rao in the film city. This meeting has garnered huge significance amidst the by-poll and political developments.

Ramoji Rao has a soft corner for the BJP and his media can be highly influential during the polls. BJP wants to leave no opportunity to give a shocker for KCR and so it is searching for ways and media’s support is a must and mandatory. Does this suggest that is BJP looking at Eenadu for media support?

However the BJP sources are tight-lipped about Shah’s short stay in RFC while Eenadu group never responds to queries.