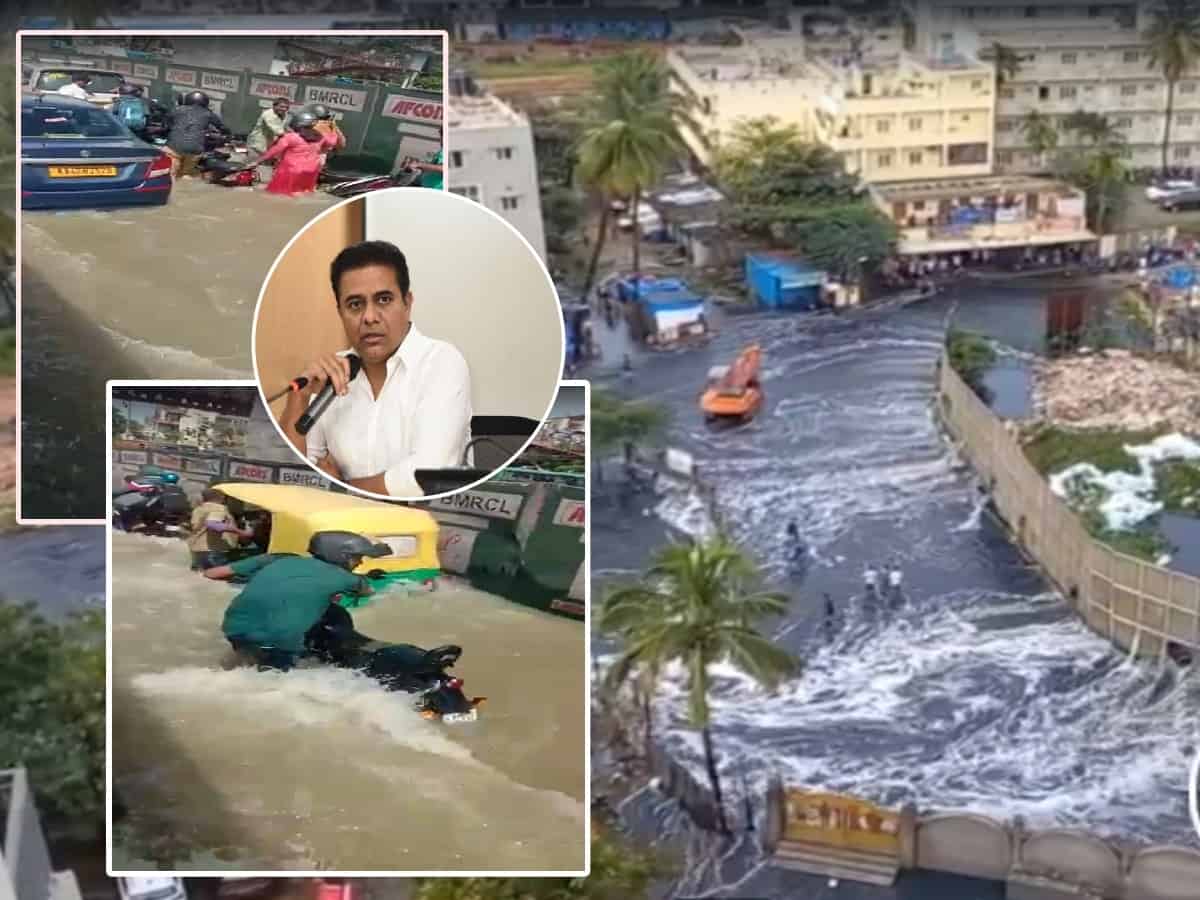 Heavy rains have shattered Bengaluru resulting in floods. Severe water-logging on the city roads and homes left many citizens adrift. Massive traffic jams, disruption of power supply and no drinking water supply for two days since BWSSB pumping stations were submerged in floods. However, several news reports have allegedly mocked Bengaluru. Comments online and headlines such as “India’s Silicon Valley turned into lake” were all over the internet.

Amidst this, Telangana’s Municipal Administration & Urban Development Minister KTR has commented on the Bengaluru floods. His sensible tweets on Bengaluru floods are now going viral. He said upgradation is the need of the hour and said the states need bold reforms in urban planning and governance. He stressed that enough capital wasn’t infused to upgrade the infrastructure.

KTR wrote, “To all those who are mocking the water-logged Bengaluru:

Our cities are our primary economic engines driving the States’/Country’s growth. With rapid urbanisation & sub-urbanisation, infrastructure is bound to crumble as we haven’t infused enough capital into upgrading the same. We need bold reforms in urban planning & governance. Get away from conservative mindset & think radical. Clean Roads, Clean Water, Clean Air & Better Storm water management systems are not hard to build. We need capital infusion : urge @HardeepSPuri Ji to plan this & happy to help.”

KTR, however, said some Bengaluru leaders had mocked Hyderabad earlier in similar situation. He said he wouldn’t do the same and he said as a nation we should grow and learn from each others’ experience.

KTR wrote in his tweet, “I am aware that some of my friends in Hyderabad will not like what I said. Because in the past, we were taunted by some Bengaluru leaders in similar situations. But if we have to grow as a nation, we need to learn from each others’ experiences & show the might of collective will.”