Three Capitals: Ex-CM Kiran Kumar Reddy has this to say! 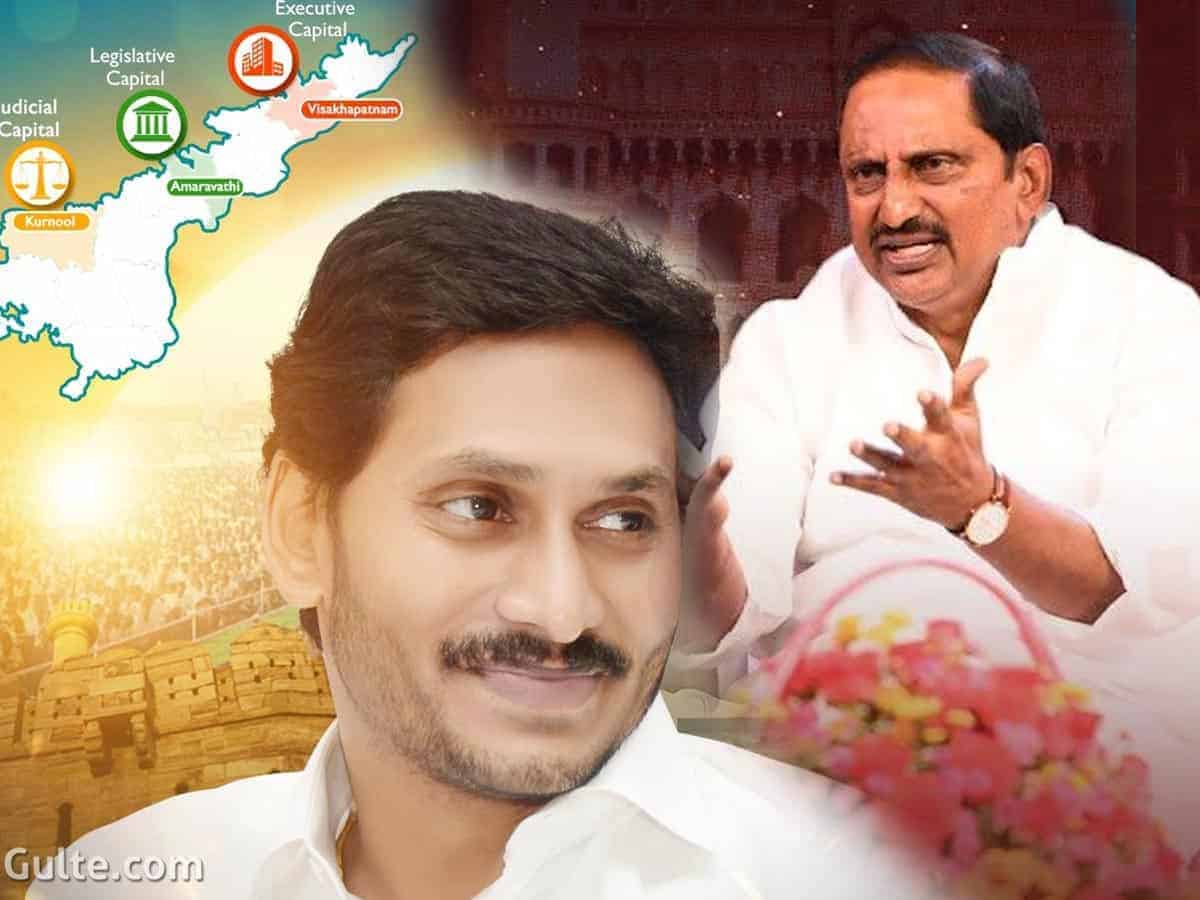 Three capitals row of Andhra Pradesh is seriously a tragedy sort of idea. Though it is not financially feasible, the YCP government led by AP CM YS Jagan is moving forward and is adamant to implement it at all cost. Expressing his opinion, the last CM of erstwhile United Andhra Pradesh, Kiran Kumar Reddy explained the benefits of having a single capital.

Kiran Kumar Reddy commented his opinion in Unstoppable show with NBK. “Legislative, Executive and Judicial are the pillars of government. Considering the present circumstances, it is not a good idea,” said Kiran and he explained that when the Legislative is at work, all the officers are needed to be available at the Assembly to the CM, ministers and MLAs.

“Executive operates when the CM wants to meet the ministers and other officials to review and work on any developmental project/scheme. Judicial must closely work with Legislative and Executive because of the litigations. If the government wants to challenge any order or need to make its presence, the officials or advocate generals need to get the approvals from CM or ministers. So having all (Legislative, Executive and Judicial) at one place works very well,” stated Kiran.

Probably no politician has explained about the importance of Legislative, Executive and Judicial in such detail and Kiran Kumar Reddy was very convincing in his point of view. According to his opinion, having three capitals would result in a lot of time and money going in vain.

There are many ex-colleagues of Kiran in AP CM Jagan’s cabinet and hope at least one of them explains to Jagan the consequences of three capitals and defers the idea.