AP’s Literacy Rate Is Worst In India, Can Jagan Correct This? 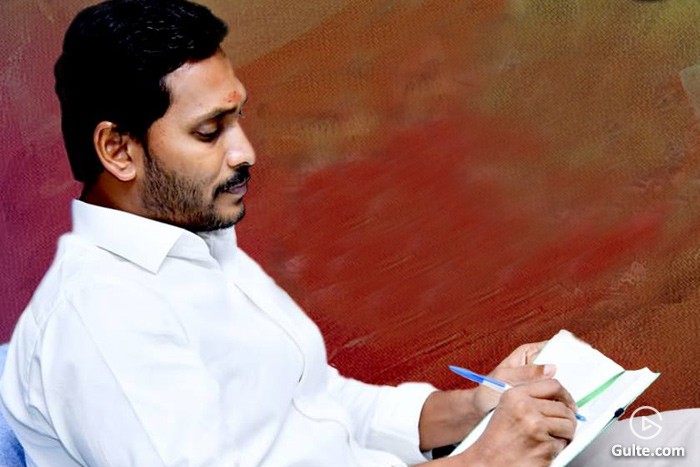 With literacy rate of Andhra Pradesh dipping to an abysmal 66.4%, now remedial measures need to be implemented on a war-footing. Chief Minister Y.S. Jagan Mohan Reddy’s various schemes aiming at the welfare of the student community and improving literacy rate like Amma Vodi, Jagananna Goru Mudda, Jagananna Vidya Deevena, Jagananna Vasathi Deevena can usher in a change in the education sector with more and more children and youth getting enrolled in schools and colleges and pursuing education.

What is literacy rate?

Now, let us take a look at what all changes the CM envisaged for the student community and the schools that impart necessary skills to them to face the challenges in their life.

Chief Minister Y.S. Jagan Mohan Reddy started off the reforms in the education sector by introducing English as the medium of instruction from the primary classes. However, this met with a lot of opposition from the Telugu language lovers, opposition and even the intellectuals who argued that the choice over medium of instruction should be given to the students and parents and that English should not be made the compulsory language for studying at the primary level. They contended that the children would be able to learn more conveniently and effectively in their mother tongue and hence, the choice over the language for instruction should be left to the students.

When the issue flared into a bigger thing, the Jagan government was dragged to the apex court which also upheld the argument of Jagan’s detractors. However, the YCP government said that they had conducted a survey among the parents in the state which revealed that many were preferring English to Telugu.

Even the Centre, in New Education Policy released recently, made it clear that the medium of instruction at primary-level of education should preferably in the mother tongue as it would help the students understand concepts and perspectives more properly in a language with which they are more convenient and acquainted. The final verdict in connection with the case is yet to be delivered.

The flagship programme of the YCP government, Amma Vodi, launched on January 9, 2020, is aimed at increasing enrolment in schools and junior colleges with the long-term objective of making Andhra Pradesh cent per cent literate. This scheme won appreciation of two Nobel laureates, one from India and the other from abroad.

Ninetyeight-year-old scientist John B. Goodenough described Amma Vodi as a revolutionary programme. He heaped praises on Jagan when an overseas education wing brought the scheme to his notice recently.

Goodenough, who had won the Nobel prize in Physics in 2019 for designing lithium-ion cathode batteries used in smartphones, in a video message lauded the idea of a financially beneficial scheme for educating children in a country like India.

The scheme is unique when compared to other schemes implemented by earlier governments in that it incentivises women from poor families to send their children to school by addressing poverty, the main reason for the high school dropout ratio. Every mother is paid Rs 15,000 per annum so that she need not send her child to work to help sustain the family.

In Andhra Pradesh, the enrolment ratio is around 83%, which is much lower than the national average. Simultaneously, the dropout ratio is high. The net result is that the state’s literacy rate is 66%, the lowest in the country. More pathetic is that the state does not even have a proper system to track school dropouts, as per the Comptroller and Auditor General’s report.

Another Nobel peace prize winner Kailash Satyarthi too met Jagan Mohan Reddy and said that he was impressed by the Chief Minister’s ideas. He appreciated the YCP government’s Amma Vodi scheme which provides financial assistance to mothers and incentivises them to send their children to school. The Nobel laureate added that children must not face any social discrimination based on their financial background.

He also appreciated the AP government for setting up volunteer system and village secretariats.

The CM launched ‘Nadu-Nedu’ programme which aims at transforming government schools into vibrant and competitive institutions. Under this scheme, the government schools will be given a completely new look matching with that of their corporate counterparts.

He said that under Nadu-Nedu all government schools will be transformed with the required infrastructure and up-gradation of skills besides setting up of English labs in addition to providing basic amenities like furniture, toilets, running water, compound wall, blackboard, renovation, clean environment. Parents committees will also be made part of the schools.

Jagan said that the YCP government will overcome all the challenges and clear every hurdle as their goal is to meet the requirement of the fast-changing technology-driven world. Children and youth should be able to carve their own careers in this competitive world for which they should be equipped with the necessary skills and education, he added.

The mid-day meal scheme was renamed as Jagananna Goru Mudda scheme and as part of it, nutritious food is being provided to all the schoolchildren in government schools to encourage them reach schools at least for the food, even as they may be coming from BPL families.

Similarly, Jagananna Vidya Deevena and Jagananna Vasathi Deevena are also aimed at helping students pursue higher education. Under this scheme, fee reimbursement will be credited directly to mothers’ accounts instead of college accounts. Launched on November 27, 2019, the scheme will provide fee reimbursement for ITI, B.Tech, B.Pharmacy, MBA, MCA, and B.Ed courses. The scheme offers Rs. 15,000 to 20,000 for eligible candidates. AP Government has allocated Rs 4,962 crore budget in 2019-2020 exclusively for this scheme.

Under Jagananna Vasathi Deevena, the government provides for the hostel and mess charges of BPL students. Students pursuing ITI courses will receive Rs 10,000 every year, polytechnic students get Rs15,000, and degree students get Rs 20,000 as fee reimbursement. Full fee reimbursement is provided for SC/ST students irrespective of courses.

However, one thing we need to keep in mind is that money alone cannot bring the students to schools. Necessary infrastructure, adequate staff and a proper environment to encourage students pursue education should also be provided to increase literacy which will reap dividends in the long run.