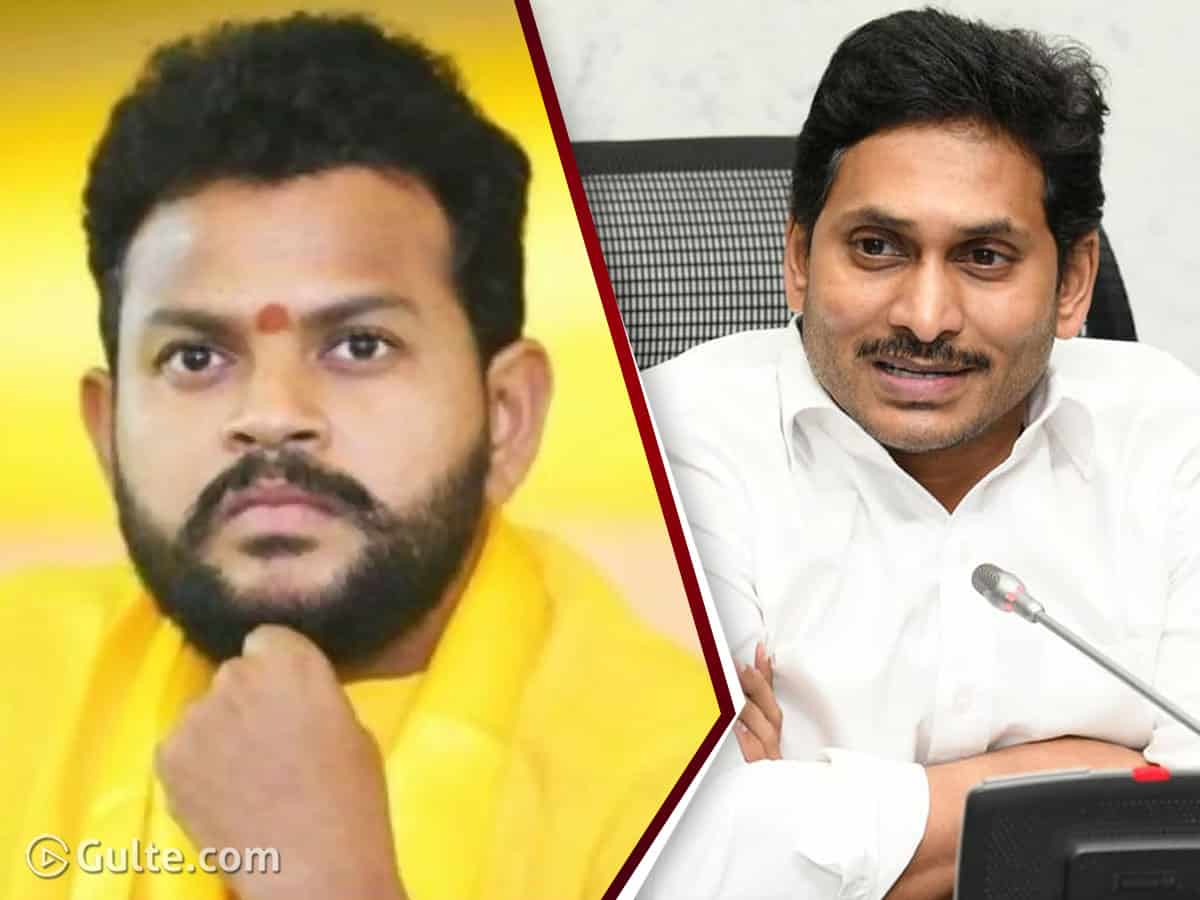 TDP MP Rammohan Naidu suggested that the YSR Congress party change its name to Chandrababu Naidu as the leaders were so obsessed with the TDP supremo that they keep chanting his name for hours together. The YSRC leaders do not take the name of their party leader Y.S. Jagan Mohan Reddy or his father and former CM late Y.S. Rajasekhara Reddy as many times as they take Naidu’s name, he pointed out.

“When the YSRC leaders are able to get good posts if they abuse and malign Chandrababu Naidu and when the entire party is operating just by targeting him, it would be better if the party itself be renamed,” he said.

He alleged that the YSRC was trying to blackmail the courts and threaten the judges as all the verdicts in the recent times went against the decisions of Chief Minister Y.S. Jagan Mohan Reddy and his policies. “Since Jagan came to power, he is under the notion that the entire state should function as he wished and that his orders should be like ‘shasanam’ (irreversible rules), without giving due respect to the Constitution. It is only Raja Reddy Rajyangam that is being followed in AP. (Raja Reddy was the grandfather of Jagan Mohan Reddy)”

The TDP MP said that Jagan and his leaders were trying to nullify all the democratic organisations by mounting pressure on the officials or registering cases against them. “The judiciary alone has been functioning within the framework of the Constitution and in such a situation, the YSRC is levelling allegations that Opposition leader Chandrababu Naidu is managing the courts just because the party has been facing setbacks in many legal cases,” Rammohan Naidu said, adding that the YSRCP’s interpretation just ridiculous.

Not bothered about Covid

Rammohan Naidu reminded that when the YSRCP was in the Opposition during the previous five years, then there were many judgements that went against the ruling TDP. “Neither the TDP nor the YSRC raise any objection with regard to the court verdicts then but now, when the YSRCP has come to power, there is a lot of grumbling that Chandrababu Naidu is managing the courts. The YSRCP seems to be functioning with some personal vendetta as the agenda,” he pointed out.

Rammohan Naidu faulted the YSRCP MPs for failing to take up discussion on Covid-19 or the preventive measures even when Andhra Pradesh remains to be the second most-affected due to the pandemic in the entire country.

“It is after six months that the MPs had come back to the Parliament but the YSRCP MPs seem to be least bothered about the rising Covid-19 cases or the governance in the state. Instead, they took up discussion on ‘corruption by Opposition leader N. Chandrababu Naidu’ in the Parliament when time was given to discuss important issues relating to the state. They did not discuss about the special category status, railway zone for Vizag, Polavaram project, funds to the backward districts, arrears to be released by the Centre, funds for Amaravati,” he clarified.

The TDP MP said that their party was committed to serving the public of the state and that they would continue fighting for justice to AP in the Parliament.