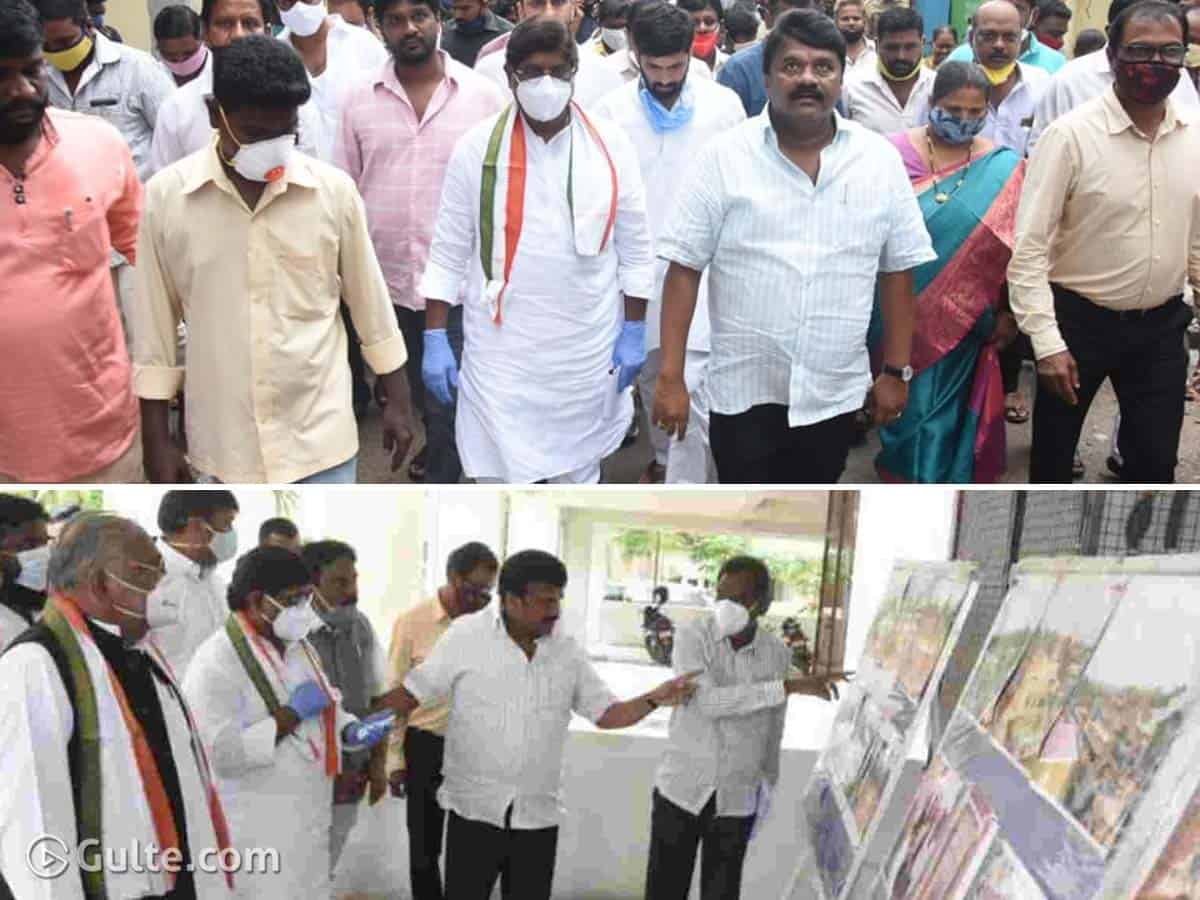 The challenge between TRS and Congress party on the 2BHK dignity housing to the poor ended abruptly. The tour on the second day was restarted with minister Talasani reaching Congress MLA Bhatti Vikramarka’s residence. Bhatti was accompanied by V Hanumantha Rao, GHMC Mayor and leaders from both the parties.

Firstly Talasani, Bhatti and others reached Tukkuguda, Rampalli where the construction works are in progress. However after this Bhatti called off the tour and left with other Congress leaders.

After a while Bhatti called on the media and informed that certain locations don’t fall under GHMC region which means TRS government is not constructing one Lakh 2BHK in the city limits. He called it a political stunt from the TRS to get benefit from GHMC elections.

Minister Talasani rubbed off Bhatti’s comments. He too spoke to the media and added that it was the Congress leaders who ended it abruptly as they could not see the facts that the houses are ready and will be allotted to the beneficiaries at the earliest.