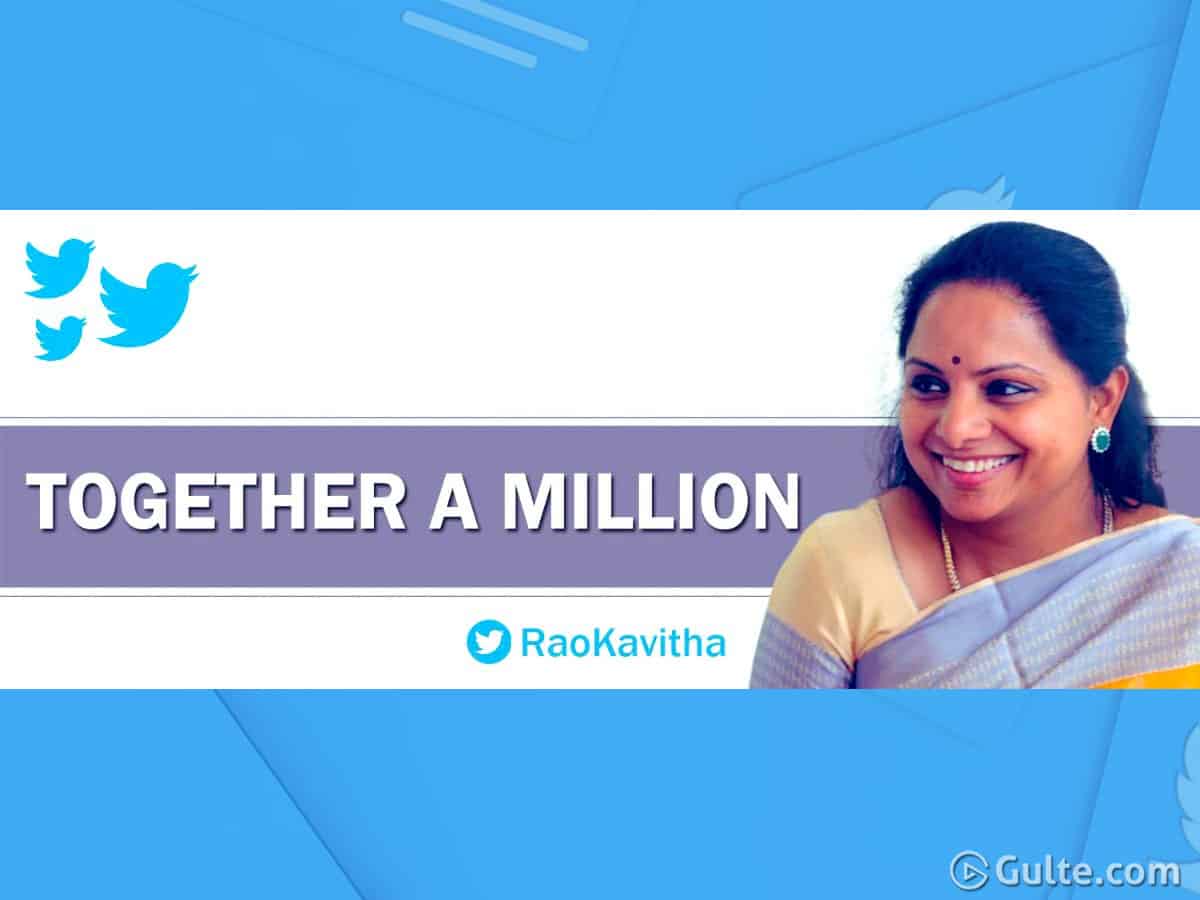 Ex-MP Kalvakuntla Kavitha Rao has made a rare feat on micro-blogging site, Twitter by getting one million followers. Kavitha is the first politician from south India to garner seven-digit followers and the number is going up all the time.

Acknowledging this, Kavitha took to her Twitter handle and thanked everyone. “We are a million! Thank you for all your unconditional support,” tweeted Kavitha.

Despite the popularity, Kavitha failed to retain her Nizamabad Parliament seat. After the defeat, she remained silent for a few months and in order to get back to active politics, her father and Telangana CM KCR offered her MLC seat in February earlier this year.

However, the MLC polls got delayed due to the global pandemic. The lockdown has helped Kavitha to come closer to the people. She provided help to many who approached her on social media. As a result, the followers grew drastically.