8 Years Of Naidu’s Padayatra: No Pain, No Gain 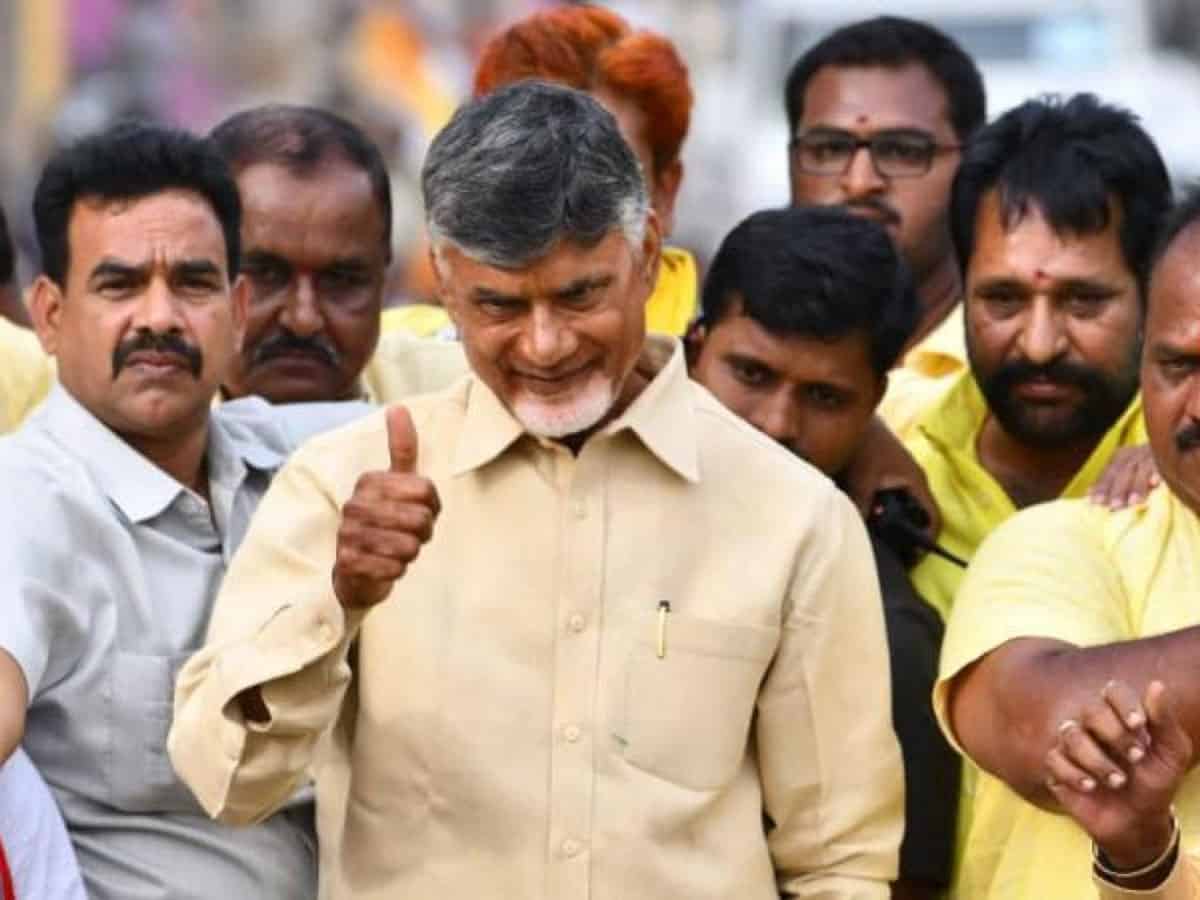 Exactly eight years ago, Telugu Desam Party supremo N. Chandrababu Naidu had launched ‘Vastunna Meekosam’ padayatra to establish ‘connect’ with the people again and reclaim the lost political ground. Naidu covered nearly 3,000 km in 208 days at a ripe age of 63 years and he succeeded in his attempt to win their confidence. Reposing their faith in his administrative powers, people voted him to power in 2014 and Naidu became the first Chief Minister of divided Andhra Pradesh.

However, in 2019, the YCP, led by Y.S. Jagan Mohan Reddy, registered a thumping victory as people gave him ‘one chance’ which he pleaded for and TDP suffered a humiliating defeat winning only 23 MLA seats in 175-member Legislative Assembly.

Since then, the party had been facing many challenges with the party leaders switching loyalty to the ruling YCP, party’s grassroots cadre being attacked, police cases being foisted against many local leaders and the YCP firebrand leaders abusing Naidu and his coterie.

Above all, Amaravati which had been identified and was being developed as the capital city of Andhra Pradesh began to face existential threat after Jagan assumed power in the state. The farmers who had parted with their land for the construction of the capital have been protesting for more than 250 days now against the YCP government’s proposal to shift the capital to Vizag. They believed in Naidu’s words and had undergone agreement with the Capital Region Development Authority (CRDA) constituted by the TDP government to give their land for Amaravati. However, Jagan is hell bent on stripping off Amaravati of its capital status.

Now, there is a dire need for the party leadership to reinvent itself and explore ways to win not just the people’s heart but also of the farmers who had pinned hopes on Naidu’s administrative abilities and vision. Naidu’s son, Lokesh, who is being considered as the heir apparent should chalk out plans to live up to the expectations of the public.

In 2012, Naidu felt the need to go back into the masses having been out of power for a full nine years. His padayatra gained significance as the morale of the party leaders had slipped to its
lowest-level and were not able to see light at the end of the tunnel.

To breathe life into the party cadre again and lift their spirits, Naidu started off his walkathon, amid much fanfare, at Hindupur at 7.10 pm on October 2, 2012, after offering prayers at a local temple along with his wife N. Bhuvaneswari and son N. Lokesh Babu. Party MP and brother-in-law Nandamuri Harikrishna, who had died in a car accident in August 2018, and other senior leaders also attended the prayers. Hindupur had been TDP’s bastion since 1983. Earlier, he also paid tributes to Mahatma Gandhi, B.R. Ambedkar, Jyothirao Phule and party founder N.T. Rama Rao.

Addressing the public on the occasion, he said: “I am ready for sacrifices and not worried about my health or life. If I am not there with you in your hour of need, your support to the TDP all these years will be meaningless.”

Further, he said that he had not taken up the exercise not to regain power but to learn about people’s problems and to instil confidence among them to fight against the misrule by the Congress governments both in the state and at the Centre. The TDP cadre also hoped that the padayatra would be able to help the party in countering two main challenges, Jagan and Telangana.

Flanked by the TDP leaders, functionaries and women, in large numbers, Naidu passed through all the 13 districts of undivided Andhra Pradesh during which he asked the people about their problems and other issues that were left unaddressed in the last 10 years.

He walked through various villages, mandals in various Assembly constituencies and made several promises including houses to the poor, interest-free loans to auto-rickshaw drivers with Rs 5 lakh as insurance. Through his walkathon, he was also able to succeed in drawing the attention of the people towards the heavy corruption and illegal assets possessed by Jagan.

All through his padayatra, Naidu received a warm reception with people in large numbers carrying the party flags and streets adorned with the TDP flexis.

Marking the culmination of the 2,817-km walkathon, Naidu unveiled a 60-ft pylon at Sivaji Nagar on the outskirts of Vizag. From there, he led a 20-km road show to Andhra University Engineering College grounds where he addressed a huge public meeting.

Now, the TDP needs a leader who can establish a connection with the people by doing the same feat which former CM late YSR, his son Y.S. Jagan and even their party supremo N. Chandrababu Naidu had performed.