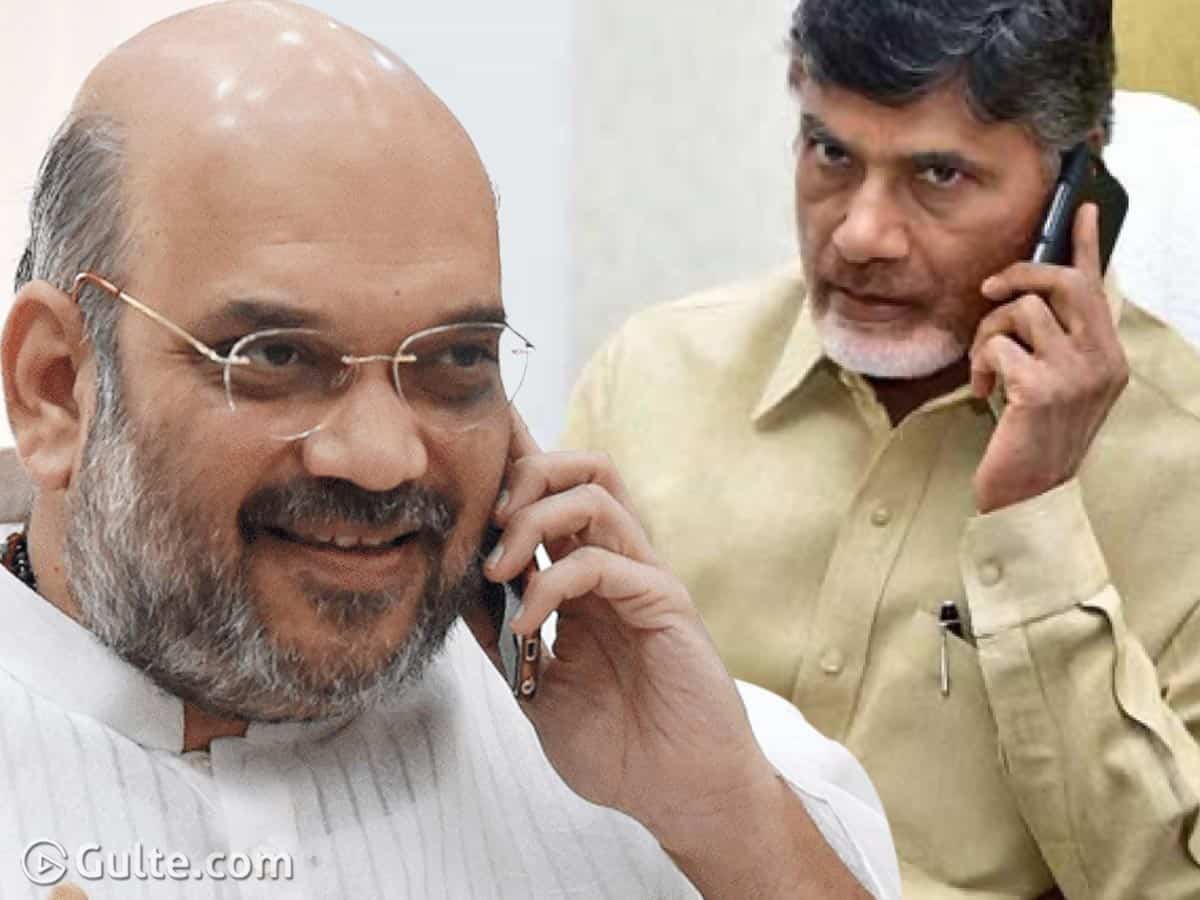 The politics in Andhra Pradesh state are revolving around the Centre. While the ruling government led by YSRCP has already offered olive branch to the Centre and has been supporting the BJP’s bills in the both houses of Parliament, Janasena Party is acting as the ally at the regional level. Even as both these parties are fighting for the bonhomie of BJP, the former ally of BJP – TDP has not given up its hope.

Even as the chances for TDP to strike friendship with BJP are remote, Naidu is not letting go any opportunity to be in the good books of Modi and Amit Shah. After wishing Modi on his 70th birthday in September, Chandrababu had telephoned Amit Shah on the eve of his 56th birthday the other day and greeted him. Naidu wished great health and happiness to Shah. Meanwhile, Naidu has also dialed his friend and Union Commerce Minister Piyush Goel and enquired about his health after he underwent a treatment for stones in his kidneys.

It is strongly buzzed in Delhi circuits that Naidu has been trying to befriend BJP once again. Although there is a strong resistance from some national leaders of BJP, Babu is trying his best to woo BJP. As BJP wants to strengthen its party in Telangana and Andhra Pradesh, it needs to fight with TRS and YSRCP respectively. This is why Naidu wants to forge an alliance with BJP and Janasena in 2024 again to fight with Jagan. However, it needs to be seen whether there are any takers for Naidu in BJP?