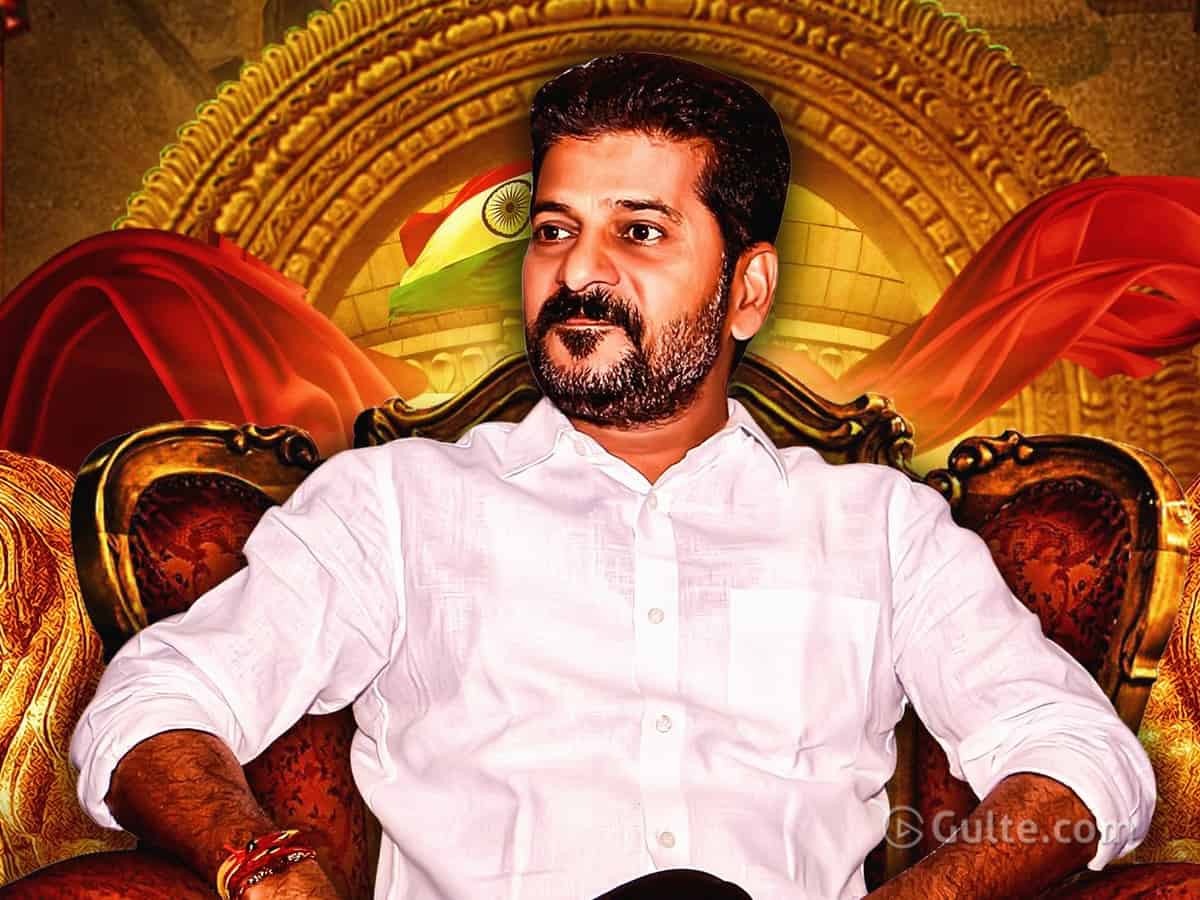 The young and energetic Anumula Revanth Reddy is admired by many youth for his vociferous and vitriolic attack against the ruling Telangana Rashtra Samiti (TRS) in Telangana. Revanth never fails to miss an opportunity to slam his bête noire Telangana Chief Minister K. Chandrasekhar Rao.

The firebrand leader’s counterattacks against the ruling TRS party are replete with wit and his retorts helped him evolve as a politician to reckon with in Telangana region. Though Revanth started off his political career by joining the TRS, he turned a rival to KCR subsequently after being caught on camera in the “vote for note” case.

In a short time, the 50-year-old political leader has gained significance even in the national political network after joining the Congress. He is known for drawing crowds in large numbers at his public meetings. The Telangana accent in which he speaks is also a big attraction.

Born on November 8, 1969 at Kondareddypalli village in Mahabubnagar district, Revanth was shrewd and active since childhood. He joined the ABVP while he was in the college and represented the students’ problems to the government. After graduating from Osmania University in 1992, he set up a printing press and then also did some real estate business.

At the age of 24, he married Union minister Jaipal Reddy brother’s daughter Geeta after falling in love with her.

In 2004, he made a foray into active politics by joining the TRS. He wanted to contest as an MLA from Kalvakurthy but as the constituency was given to the Congress as part of the TRS-Congress alliance, he was not given the ticket.

In 2006, during the local body elections, he wanted to contest as a ZPTC candidate from Midjil but he did not get ticket even this time. However, he did not give up. He contested as an independent and won as a ZPTC from Midjil mandal.

In 2008, he contested as an independent MLC candidate and won the elections. At this time, he joined the TDP in the presence of party supremo
N. Chandrababu Naidu. In 2009, he contested as an MLA from Kodangal on TDP ticket and won with a margin of 6,000 plus votes.

This gave him an opportunity to enter into the corridors of the Assembly and he strived for the development of his constituency. He always remained in the forefront in questioning the anti-people policies of the ruling party. He was instrumental in construction of RTC depot and polytechnic college in Kosigi.

In 2014 too, he contested from Kodangal and won against TRS candidate Gurunatha Reddy with a majority of 17,000 votes. This helped him get elevated as the TDP floor leader in the Assembly and he proved his mettle by questioning the authorities over injustice being done by the TRS.

He questioned the TRS government and Chief Minister K. Chandrasekhar Rao for his misdeeds and misgovernance which led to a surge in the number of his fans. He carved a niche for himself as a firebrand leader.

During this time, many senior leaders from the TDP switched loyalties to the TRS under Operation Akarsh. Nagam Janardhan Reddy, Errabelli Dayakar Rao, Talasani Srinivas Yadav and others joined the TRS but Revanth remained with the TDP.

Many other TDP leaders too left the party and the TDP was nearing obliteration in the state. In such a situation on October 25, 2017, he resigned to the TDP and joined the Congress party. In a very short time, he was appointed as the Congress working president. During the general elections held in 2018, Revanth travelled in a chopper for electioneering which became the talk of the town.

In this elections, he won as an MP from the Malkajgiri constituency which actually had given him a new lease of life, in the wake of the TRS government trying to pose troubles to him frequently as he has been a bitter critic of KCR.

Revanth developed himself as a brand. When KCR came to Kodangal to campaign, Revanth called for bandh in the town and annoyed over this, the TRS ensured that Revanth was arrested late in the night as the party leaders feared that the Congress leader’s supporters would disrupt KCR’s public meeting in Kodangal.

On May 31, 2015, Revanth was caught red-handed while bribing one Stephen to vote for the TDP MLC. There were allegations that he tried to influence Stephen saying that he would be given Rs 5 crore if he voted for the TDP candidate. Police said that they have recordings of phone conversation with them to prove that Revanth was guilty. Later, he was shifted to Chenchalguda jail.

In 2020, Congress MP Revanth was arrested in Hyderabad on Thursday in connection with ”illegal” use of a drone to take pictures of a building, which he alleged belonged to KCR’s son and IT minister K.T. Rama Rao, which he said was being built in violation of rules.

Let us hope Revanth will continue to carry forward his firebrand image in politics in the future.