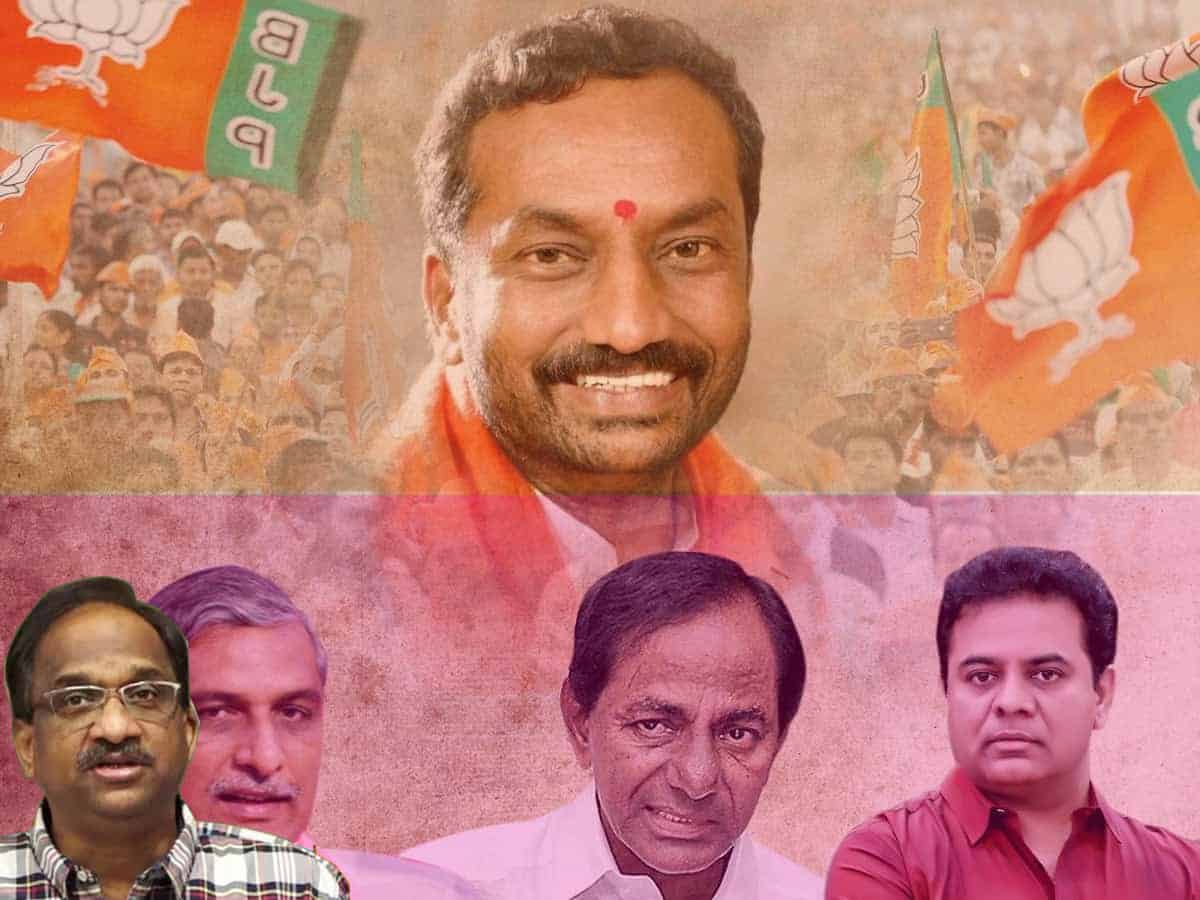 The BJP registered a historic win in Dubbak by-elections. The ruling TRS, which had a resounding success in Huzurnagar amidst the RTC strike, lost its stronghold to the saffron party. The pink party, especially its supremo, has to do a lot of souls searching without dismissing the BJP’s win with an empty rhetoric.

No by-election can be a replica of what can happen in the future. The BJP lost most of the by-elections between 2014 and 2019. Yet, it retained power with an increased tally in 2019. The TDP, which had a landslide victory in the Nandyal by-poll, lost power to YSR Congress in the 2019 general elections. The TRS can draw comfort from this empirical evidence, yet it cannot undermine the saffron surge in Dubbak.

The BJP vote has tripled in a span of two years. This happened earlier in a span of few months in the entire state. The party has increased its vote tally from 7 percent in assembly elections in 2018 to 20 percent in 2019 Lok Sabha elections. Therefore, the swift change in political fortunes has become a striking feature of Indian democracy. But the consistent rise of BJP gives credence to its claim of being a challenger to TRS replacing Congress.

A host of factors has contributed to the emerging political landscape. The TRS failed to realize that discontent is brewing against its regime in certain sections of electorate, especially the youth, government employees, etc. There may not be a state wide all-pervasive trend to dislodge KCR. But, there is undoubtedly a discernable urge among certain sections of society to teach TRS a lesson. Thus, the time is right for the KCR regime to effect a course correction. Failing to do so will prove to be disastrous for the pink party.

The politics of arrogance displayed by the TRS leadership has disappointed many. The election was led by T Harish Rao, who is already marginalised within the ruling party. This had an impact on his ability to draw influential sections from the opposition into the party fold.

Social forces that were uncomfortable with power losing out of their hands seem to have rallied behind BJP as a congress in which they have long invested their political stakes, failed to instil confidence.

KCR’s frantic bid to weaken the Congress has only benefitted the BJP. The Dubbak mandate also reveals that the TRS would have significantly benefitted if the contest was truly triangular. The TRS lured several congress MLAs. The BJP exploited this by campaigning that even if the Dubbak voters elect Congress, the TRS would be the ultimate beneficiary. The fact that the congress nominee was a last-minute defector from TRS has given credence to the BJP’s propaganda. The party could also successfully convince that the Modi government has a sizable contribution to KCR’s welfare schemes. The ruling party should realize that welfare schemes alone do not bring electoral dividends on all occasions. Issues of politics and governance impact the mandate to a great extent. That TRS has also wrongly calculated the power of the sympathy factor. The overdependence on the party completely ignoring the importance of the candidate proved to be costlier for TRS.