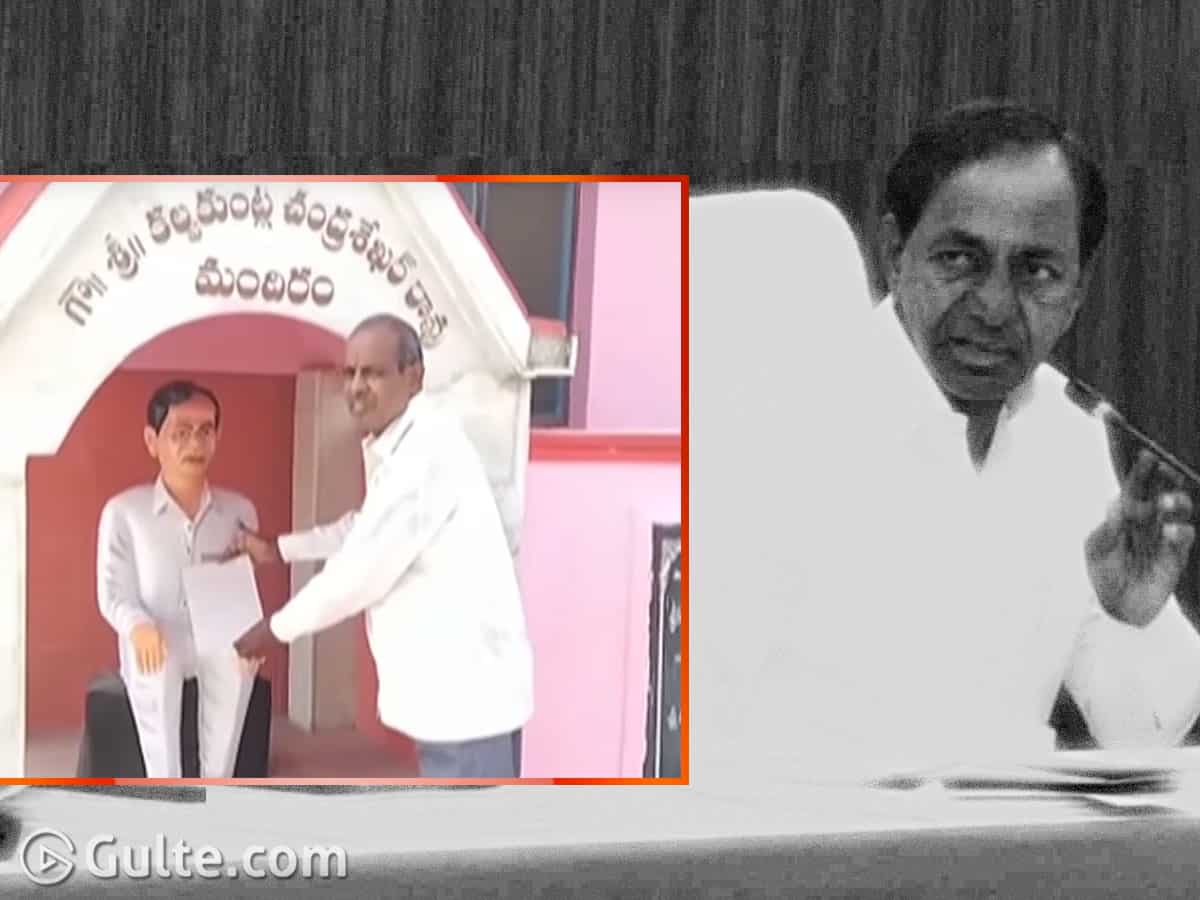 The ruling TRS party in Telangana is receiving shocks after shocks not just from the oppositions but also form its own leaders. A diehard fan of Telangana CM KCR has quit the party owing to deep upset with the leadership that the party is not giving significance to leaders who took part in the agitation.

This diehard fan is identified as Gunda Ravinder who had built a temple for KCR before his home. Ravinder has been in TRS party for over a decade and took part in the separate statehood agitation actively. After Telangana is formed, KCR constructed a temple before his home with limestone and attracted the TRS leaders.

However, Ravinder’s loyalty was not acknowledged by the TRS party and he was repeatedly ignored. Ravinder tried to get KCR’s appointment on couple of occasions but he could not get one. He did try one last time to inform KCR that he would quit the party but in vain.

So Ravinder handed over the same resignation letter to KCR’s idol and expressed his displeasure that TRS party is doing injustice to agitators who fought for the separate while backing leaders who threw stones at the agitators.