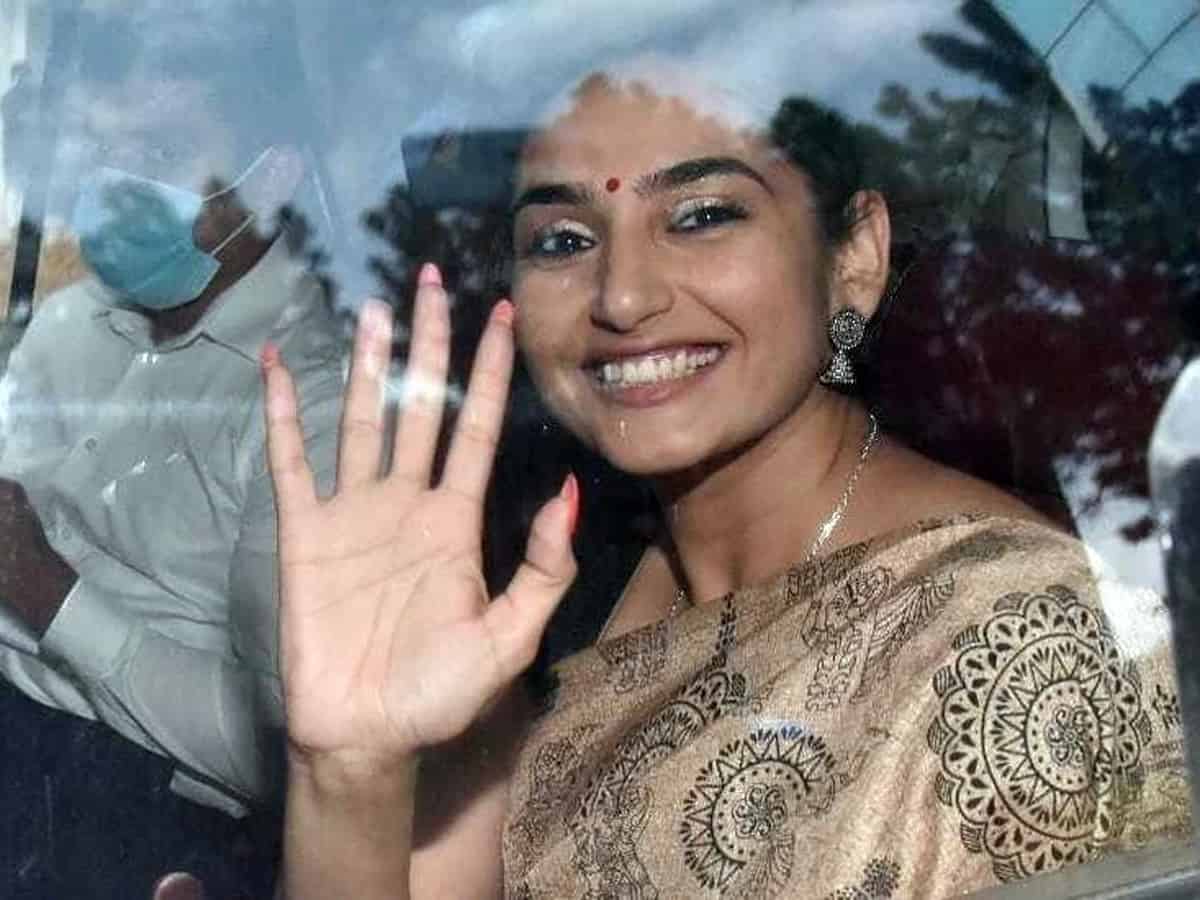 After staying in custody for over 140 days, Kannada actress Ragini Dwivedi has finally received bail in the drugs case. The Supreme Court has granted bail to Ragini today. Ragini was allegedly consuming and supplying drugs in alleged rave-parties.

She was arrested on September 4, 2020 following the Central Crime Branch sleuths of Bengaluru Police raided her house in connection to a drug racket case. Ragini was booked under several provisions of the Narcotic Drugs and Psychotropic Substances (NDPS) Act and the Indian Penal Code.

It all began when the Narcotics Control Bureau (NCB) sleuths raided a high-class gated community on Aug 21, 2020 in Bengaluru. During this raid cops found startling evidences including a number of illegal drugs, a diary with the names of 15 celebrities including actors, musicians, models and reality show personalities from the Kannada film industry. Ragini was arrested in connection with this case. Later Ragini’s judicial custody was extended by the special NDPS court on October 9, 2020 and her bail pleas were denied multiple times. On November 3, 2020, Karnataka High Court denied Ragini’s bail plea.

Finally, the Supreme Court has granted bail to Ragini. Ragini and her advocate claimed that she is the victim of a media trail. Interestingly, Ragini’s advocate Sidharth Luthara cited actress Rhea Chakraborty’s case where she was released on bail in the alleged drugs procurement case involving late Sushant Singh Rajput. Ragini’s lawyer told the Supreme Court bench that her case was “limited” to alleged drugs consumption.

The Supreme Court bench headed by Justice Rohinton Nariman granted bail to Ragini based on the observation that Section 37 of the NDPS Act was “incorrectly” invoked against her. The court opined that the NCB should have made a case under Section 27 (b) for the consumption of drugs.

Ragini’s bail comes after more than a month since actor Sanjjanaa Galrani, another co-accused in the case, was released on bail on December 11, 2020.