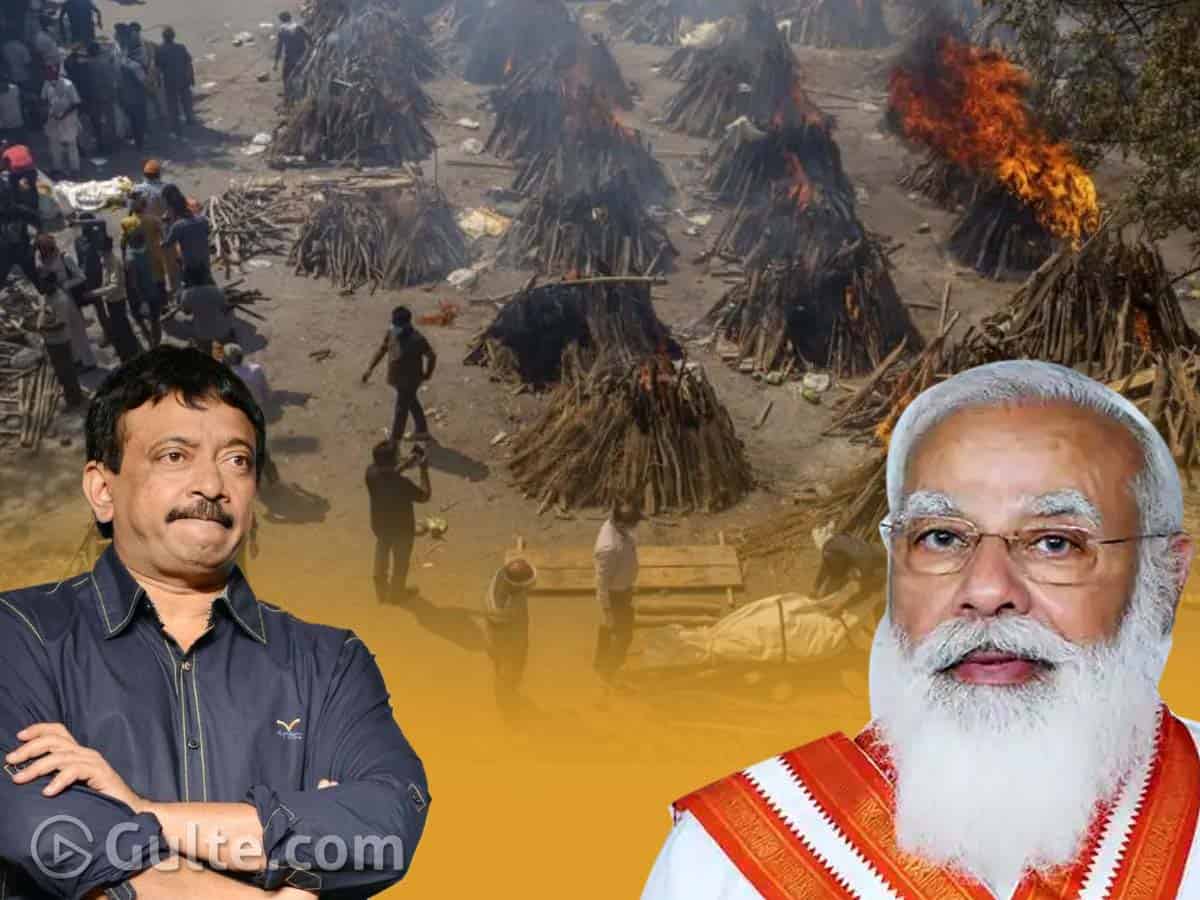 Ram Gopal Varma is one of the finest filmmakers in the country. However, gone are those days where audiences used to show interest in his new projects. Over a period of time, people started ignoring RGV completely. Be it filmmaking or posting tweets, RGV always attracted controversies. Multiple times in the past, multiple sections of people breathed fire over his comments. Though RGV posts satires on some individuals, he also poses the right questions at times. Currently, he is criticizing prime minister Narendra Modi for his poor handling of the Corona Crisis in the country.

In the last few days, he has been vocal about the way Modi dropped the country in crisis. Last year, Modi came up with the concept of Aatmanirbhar Bharat (self-reliant India). Referring to the same, RGV questioned Modi how does it make sense now since India is seeking help from other countries to handle the Corona crisis.

RGV clarified that it is no wrong in seeking help but he is pointing out how Modi boasts about offering help to other countries while not realizing how much help India is in need. “Mere Desh Vaasiyon ! My point was not about whether we should plead for help when we need it ..it’s about him boasting about offering help to other countries not realising we will be needing more help than them #ModiBharatMahaan” RGV tweeted.

Sharing a picture of mass-cremations, RGV tweeted, Thank u ⁦⁦
@narendramodi⁩ sir for giving us such wonderfully beautiful horror visuals. If u ever lose ur job as P M, U can say F off to india because u will be the no.1 horror film director in the WORLD.”

RGV went ahead to say that he wants to join him as a spot boy for Modi’s upcoming horror film, Third Wave.

Varma also recollected Sonia Gandhi’s statement on Modi that she made in 2014. Sonia Gandhi said Modi is Maut ka Saudagar.

RGV did not stop there but also criticized the failure of Modi in claiming power in West Bengal polls.

“Sir @narendramodi ji, Till yesterday you were saying DIDI IS FINISHED. Now what do you say sir?” he tweeted.

Whatever it may be, RGV makes sense in these tweets. He poses the right questions to Modi which the media and opposition are failing to do so.