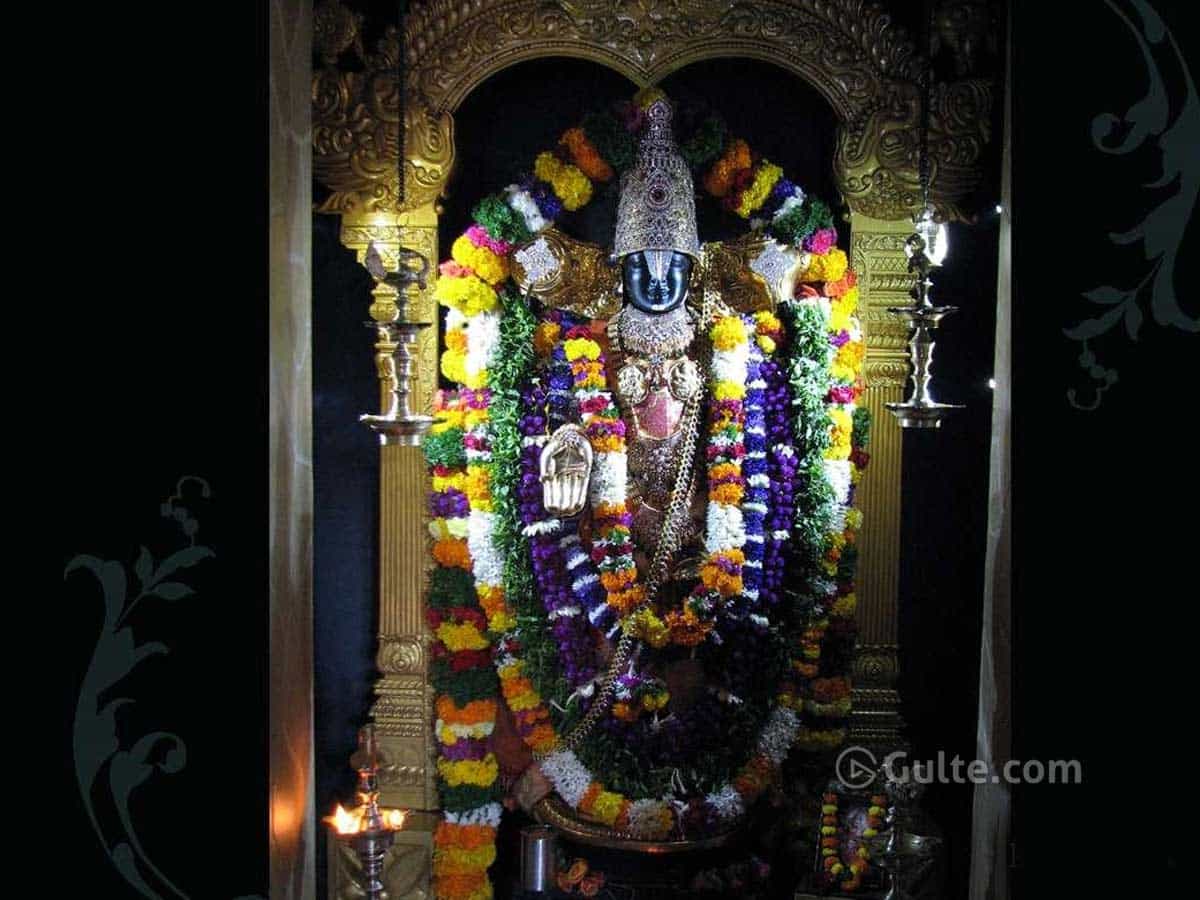 Considered to be one of the richest temples in the world, the Lord Balaji shrine atop the seven hills, earns more than Rs 3 crore a day through hundi offerings, sale of prasadams and through other sources. This apart, the temple also has land bank spread in Andhra Pradesh and neighbouring Tamil Nadu and across the world.

Soon as reports of the YSR Congress government planning to sell 23 immovable properties of the TTD, including land sites and agricultural land at different places in Tamil Nadu, the opposition parties in the state cried hoarse against the move saying it would hurt the sentiments of the devotees.

Devotees throng Lord Balaji temple in lakhs from the length and breadth of the country. At the same time, they also make offerings to the Lord of Seven Hills in cash and kind. Since ages, it has been a practice for the wealthy devotees to offer agricultural lands and even other lands to the Lord, the proceedings of which are spent on maintenance of the temple or Sevas of the presiding deity. In the wake of these sentiments, selling away the lands donated by the devotees would hurt their feelings.

Many devotees would feel happy if the money generated from the asset he had offered is used for the Lord’s Seva or other related works. Now, once the lands are auctioned, it would be better if the TTD would be able to reveal the details of the expenditure of the money accrued from the exercise, says a devotee of Lord Venkateswara. The devotees say that the property of the Lord should be treated with the same sanctity they worship God.

Meanwhile, all the political parties in the state are trying to politicise the issue by presenting their own arguments and trying to gain political mileage from it.

While the ruling YSR Congress government says that selling off lands was not new to the TTD, the Opposition parties vowed to oppose the move at any cost.

TTD Trust Board ex-officio member and YSRC Chandragiri MLA Chevireddy Bhaskar Reddy clarified that selling of lands was not new to TTD and that 129 properties had already been alienated since 1974. Between 1974 and 2014, 84 lands in AP, 2 in Telangna, 35 in Tamil Nadu and a few more in Karnataka and Odisha were sold off.

He said that the decision to sell away the lands, which are prone to encroachment and not useful to the shrine, was taken by the earlier TTD Trust Board itself, under the TDP regime. The TDP chief and ex-CM, N. Chandrababu Naidu, reportedly incorporated the TTD Board with TDP and BJP leaders and a few others from various states.

Bhaskar Reddy faulted the TDP men for accusing the present TTD Board of adopting a resolution to sell the temple lands while the decision was taken by the earlier TTD Board under the TDP rule too.

He said that the present TTD Board has only approved the upset rate for public auction and continuing the process commenced by the earlier Board.

The BJP said they would launch an agitation against the sale of TTD lands on May 26. Party state secretary K. Harish Babu said they would stall the attempts of the YSRC to sell the lands and fund the party’s welfare schemes with the funds.

The Jana Sena and TDP leaders also opposed the decision on sale of TTD lands.

Meanwhile, there is an argument that selling off unviable lands was a good idea because many devotees gift lands under litigation to temples.

Amidst the arguments and counter-arguments, there is one other demand from the public. Whenever controversies emerge over temple lands, devotees suggest that the temple assets be handed over to the Centre forever to avoid trouble. However, no step has been taken in this direction so far.

Many people in AP suggest that taking up auctioning of temple lands amid the pandemic was not good. The people who are already under stress due to the lockdown will only feel more anxious moments due to such glaring decisions of the government, feel psychiatrists.