RCB Registers Sensational Records With A Win Over MI 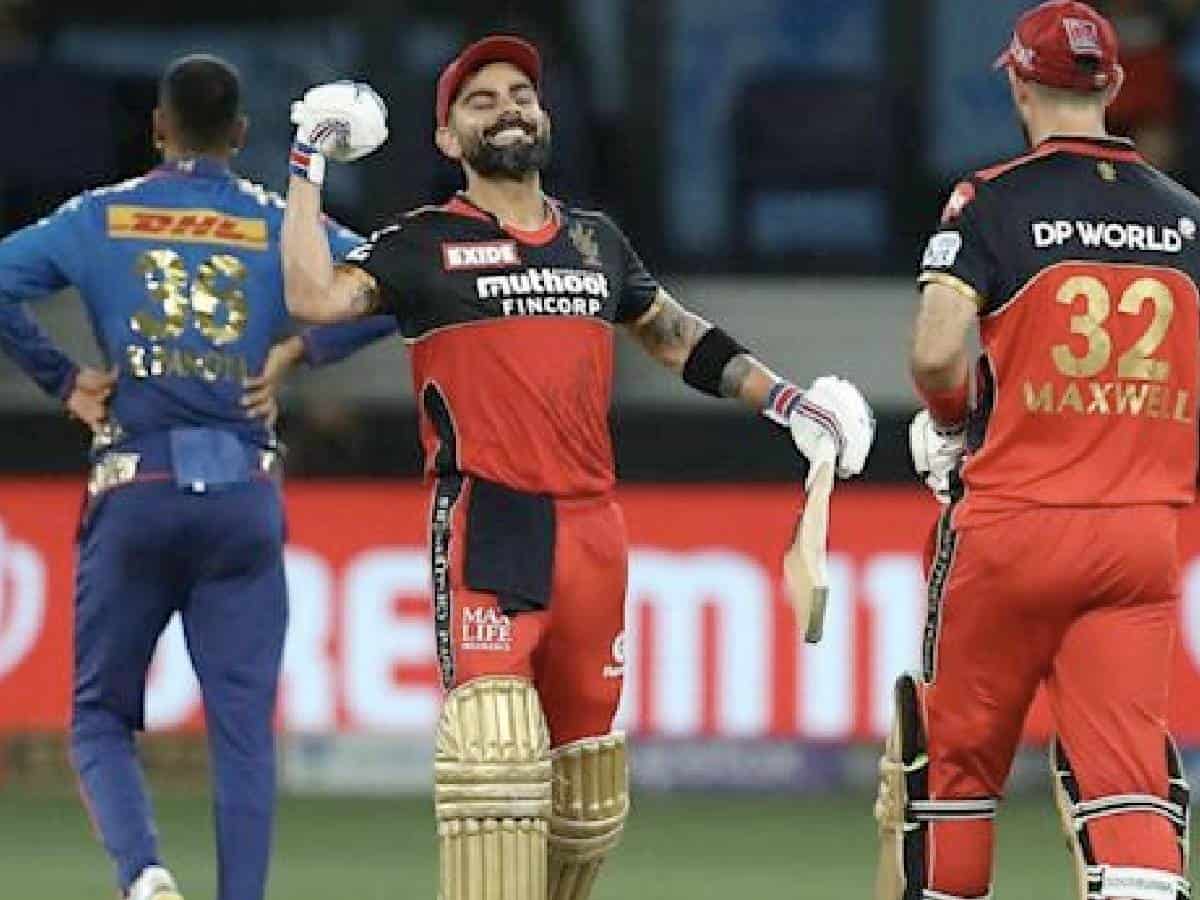 The disastrous campaign of defending champions Mumbai Indians in the second leg is continuing in the IPL 2021. The Rohit Sharma-led team is yet to win a game in the UAE this season. Last night, they lost to Royal Challengers Bangalore in a humiliating way and further dented their chances of qualifying for the playoffs.

RCB batted first last night and made a decent total of 165/6. Skipper Virat Kohli and Glenn Maxwell’s half-centuries helped their team in getting a respectable score. Especially, Maxwell has put on a sensational show with his supreme batting skills.

As the target was not very high, there were expectations on Mumbai to win the game. Living up to the hype, Mumbai got a good start from its openers Rohit Sharma and Quinton de Kock who made a partnership of 57 runs for the first wicket. Until then, Mumbai looked like favorites to win the game.

But once both the openers fell, the rest of the batsmen just came and left the crease within no time. Eventually, Mumbai got all-out for 111. The season’s current purple cap holder Harshal Patel claimed four wickets which included a hat-trick.

While Mumbai openers made a collective score of 67 runs, the rest of the batsmen just made 44 runs in total.

Interestingly, this is the first time RCB has bowled out Mumbai in the history of IPL. This is also the first season where RCB won both its matches against Mumbai. The last time MI lost three consecutive games was in 2018. With this win, RCB further improved its chances of qualifying for the playoffs while MI dropped to the seventh position with just four wins off its 10 games.