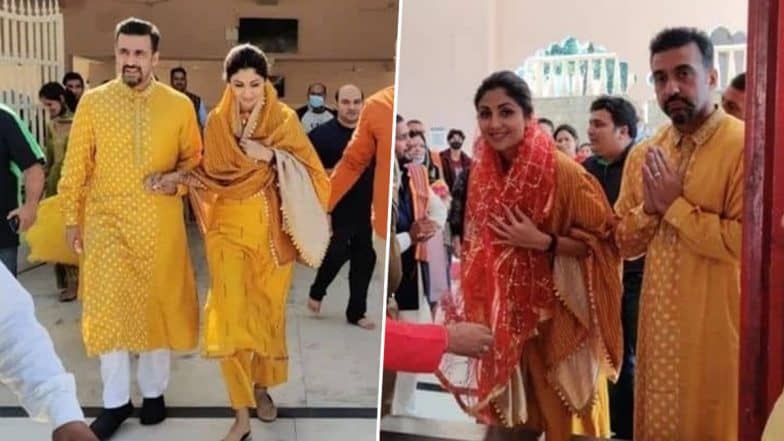 Shilpa Shetty’s husband and businessman Raj Kundra made his first public appearance post his release on bail in September. At the time of his jail release, netizens were shocked to see him in a shockingly leaner look and ever since then, Shilpa Shetty’s fans are curious to see the couple together.

After celebrating Diwali with family, Mr and Mrs Kundra took off to Himachal Pradesh for a vacation and the pictures from the trip are now going viral on the internet. Raj is seen visiting temples with his wife Shilpa and both have twinned in yellow attires. A few celebs, Shilpa’s fans and Raj Kundra’s well-wishers are elated to see them together at this spiritual outing.

Kundra was an avid social media user who used to entertain his followers with a wide range of fun videos. But as soon as got bail, he had deleted his social media profiles. Raj Kundra was arrested in July for his connection to a probe about the production and distribution of pornographic content. After spending two months in jail, he walked out on September 21.