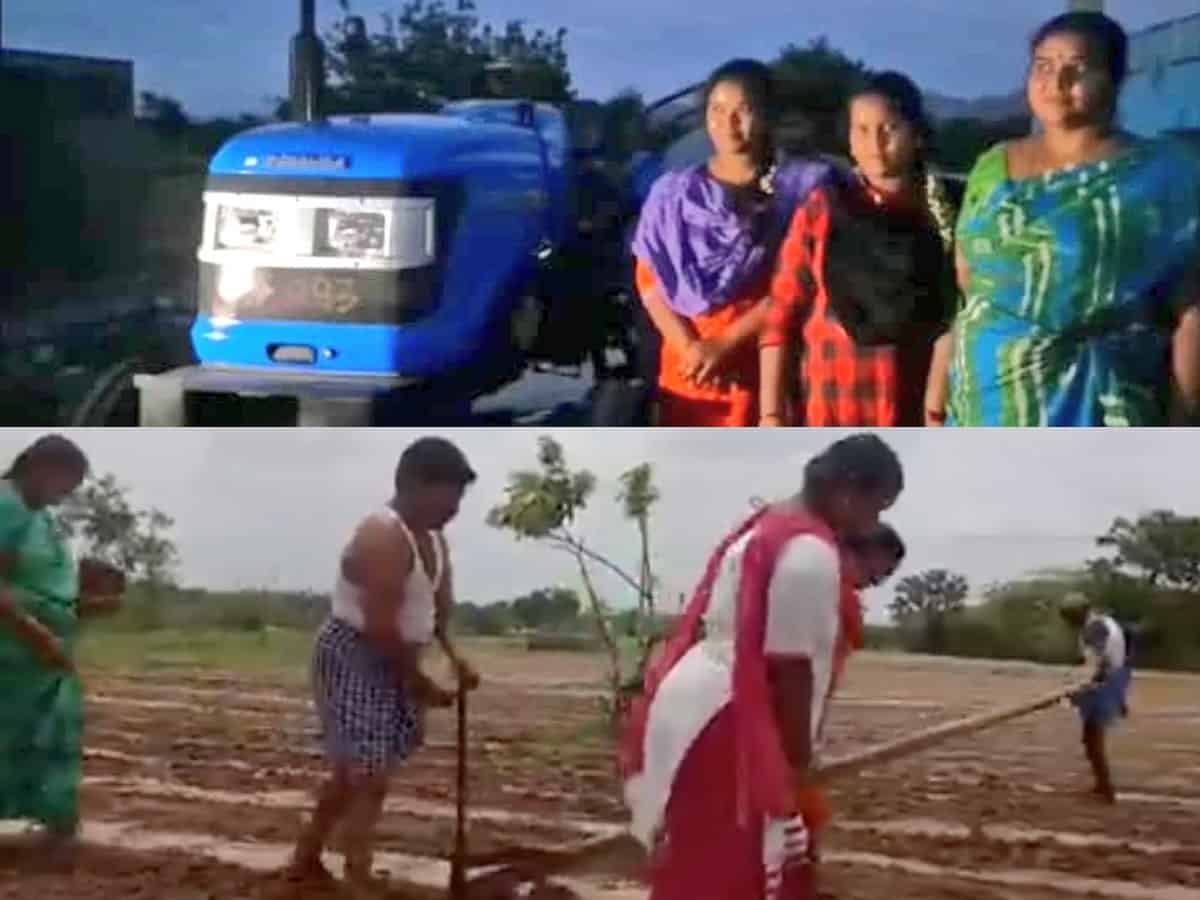 Amidst rumours and allegations from various corners over poor farmer’s financial position following help from actor Sonu Sood who donated a tractor and former CM Chandrababu who offered free education to his daughters, tomato farmer Nageshwara Rao,who is at the center of controversy, has spoken to media and clarified his financial status.

Expressing sadness over the false propaganda against his family, Nageshwara Rao has stated that lockdown and Covid pandemic has affected his income and pushed his family into poverty. Unable to pay house rent, he said he has moved to his native village where his parents stay at a government-funded home.

Not denying that his family had received aid from the government in the form of government schemes like Rythu Barosa and Amma Vodi, the poor farmer said his field is on his father’s name and the Rythu Barosa amount went to his old-age father’s account. He also admitted that he had received Rs 10,000 from the government towards Amma Vodi. However, Nageswara Rao said that the school fee of his younger daughter is Rs 15,000 and the college fee of his elder daughter is Rs 20,000.

He said that he, his wife and his two daughters are now relying on his old-age father’s pension i.e Rs 2250/- per month.

Responding to criticism over the heavy personalities of his daughters, emotionally-filled Nageshwar Rao gave a befitting counter to trolls. “How can one consider our heavy body, colour and estimate our financial position?”

Talking about his daughters were laughing in the video which saw them ploughing in substitute to Oxes/tractor, Nageswara Rao said that he had tried to make his daughters laugh while doing the field work to forget their hardship. He shot back at trolls. “What’s wrong if someone laughs? Can’t someone laugh when they are in poverty and sorrow?”

He also talked about his political contest where he had contested in 2009 on Lok Satta. Nageshwara Rao said he had contested on behalf of his owner from where he was working at a wage of Rs 6000. Nageshwar Rao said his boss had got the ticket from the party to contest. However, he had dropped from the contest knowing that the party would lose. He said he had also fielded him as alternate and he got mere 1000 votes in the election. He said he had got Rs 50,000 from his boss for election expenses and said he hadn’t gained anything. Nageshwara Rao said he is very thankful to Sonu Sood for donating him tractor, he also thanked TDP chief Chandrababu for coming forward to support his daughters education.

Asking people to not politicize the issue, Nageshwara Rao said initially when Sonu Sood had donated a tractor there was no fuss but it all began when the TV channels gave scrolling that Opposition leader Chandrababu agreed to help his daughters education. Nageshwara Rao said he doesn’t belong to any political party and said he has also got benefits from the government. He said no where did he say that he hasn’t got help from the state government. On parting note, poor farmer Nageshwara Rao asked the media and netizens to cross-check facts before making false propaganda. He said he is free to clarify anyone’s doubts.