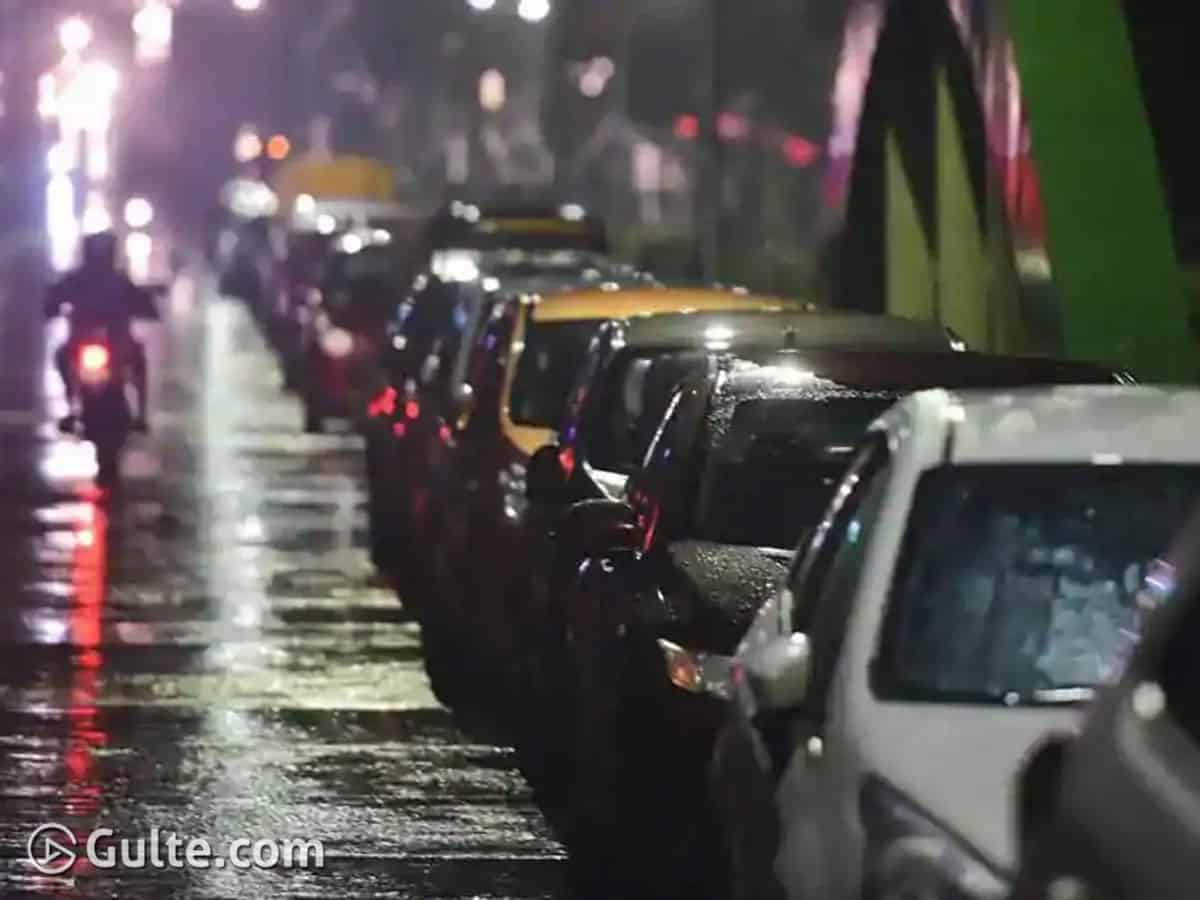 Back in 2015, the rains caused a huge destruction in Chennai. Many places in Chennai city got submerged as a result from two wheelers to four wheelers, many vehicles got damaged. Not just the ordinary vehicles, even the most expensive and luxury cars got drowned and post the rains, the cars were auctioned for a much lower price and they have seen these things go viral.

After five years, Chennai city faced a similar situation in the form of Nivar cyclone. The city has witnessed unprecedented rains on Wednesday and the weather forecast suggests the same on Thursday too. In order to avoid damages to their properties or cars, several people have parked their cars on the flyovers.

At Madipakkam, several residents parked their cars on the bridge close to Mass Rapid Transit System railway station near Velacherry and as one after another left their vehicles, the bridge was occupied with some high end cars on either side. This attracted many and became a talk of the town.

Meanwhile the cyclone Nivar made landfall and the restoration and rescue operations by National Disaster Response Force (NDRF) are underway. Union Home Minister Amit Shah has called on Tamil Nadu CM to assess the situation.

Andhra Pradesh too witnessed huge rainfall. Road connectivity between Kadapa and Tirupati was hit with road damage and rain water is overflowing on road at Kukkaladodi in Railway Kodur mandal.