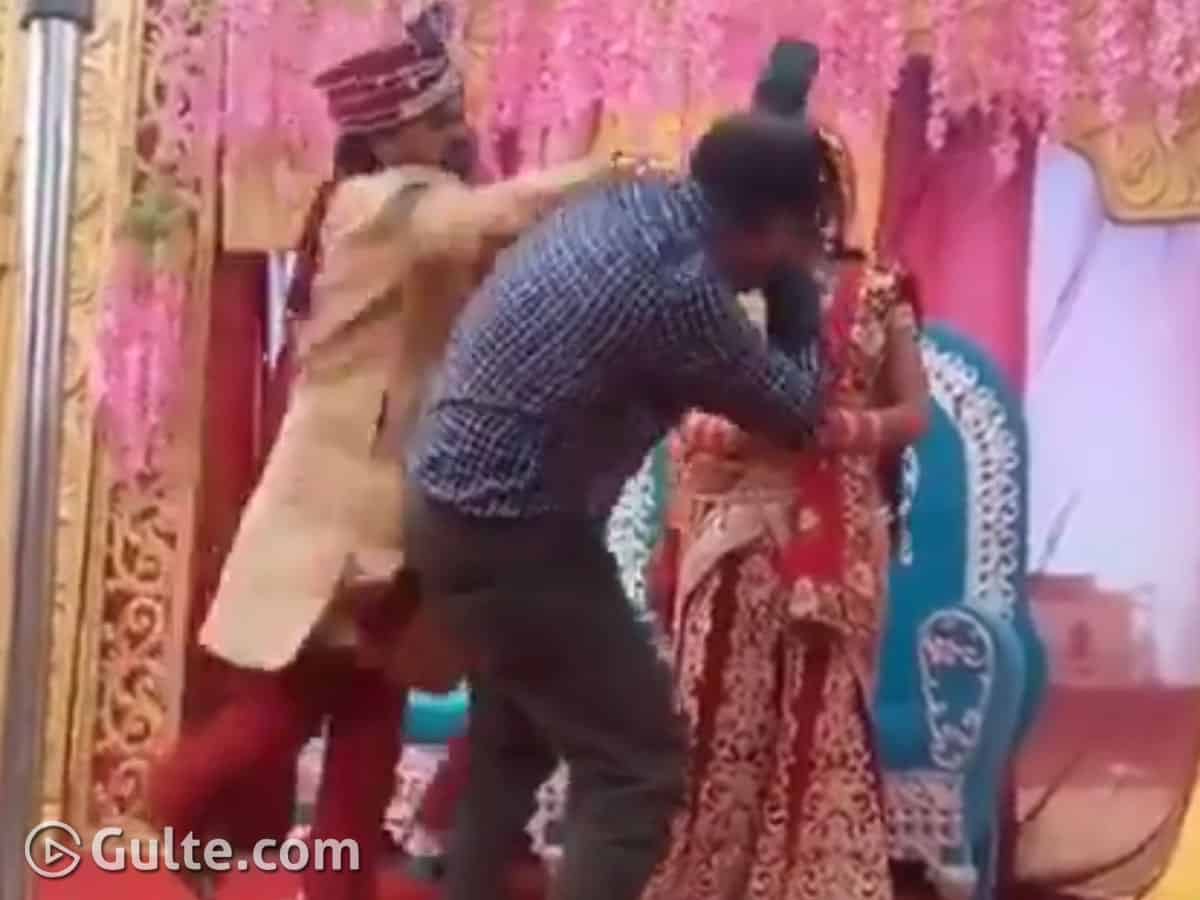 Twitter was overflowed with laughter and funny tweets after a video of a wedding photoshoot went viral on social media. The video will leave you with multiple emotions inside as this weird situation is both a context of laughter and feeling sad for a person. A couple is seen experience an eccentric situation on their wedding and it was recorded, leaving the whole world chuckle on this funny moment.

The couple were seen in their beautiful wedding outfits, posing for the camera on their wedding podium and the appointed photographer was busy capturing shots. But, the photographer asked the groom to step aside and started clicking only the bride’s solo pictures. During the process, the man unintentionally went closer to the bride and kept all his attention only on her, which irked the groom.

The groom was seen smacking the photographer and the bride just couldn’t control her laughter. She sat on the floor, laughing uncontrollably over the funny moment. The bewildered photographer was seen laughing in the end too. The clip has gone viral with over eight lakh views so far.

However, the internet reacted to the situation in two different ways. While many fought this hilarious, a few pointed out the groom’s rude behaviour.

“This violent man would one day beat her as well over suspicion,” one of the users said. Another comment reads, “Awesome moment, your laughter is precious. God bless you.” One more user wrote, “I wonder what would the groom do if she was just talking to a neighbour/vendor/stranger!”.