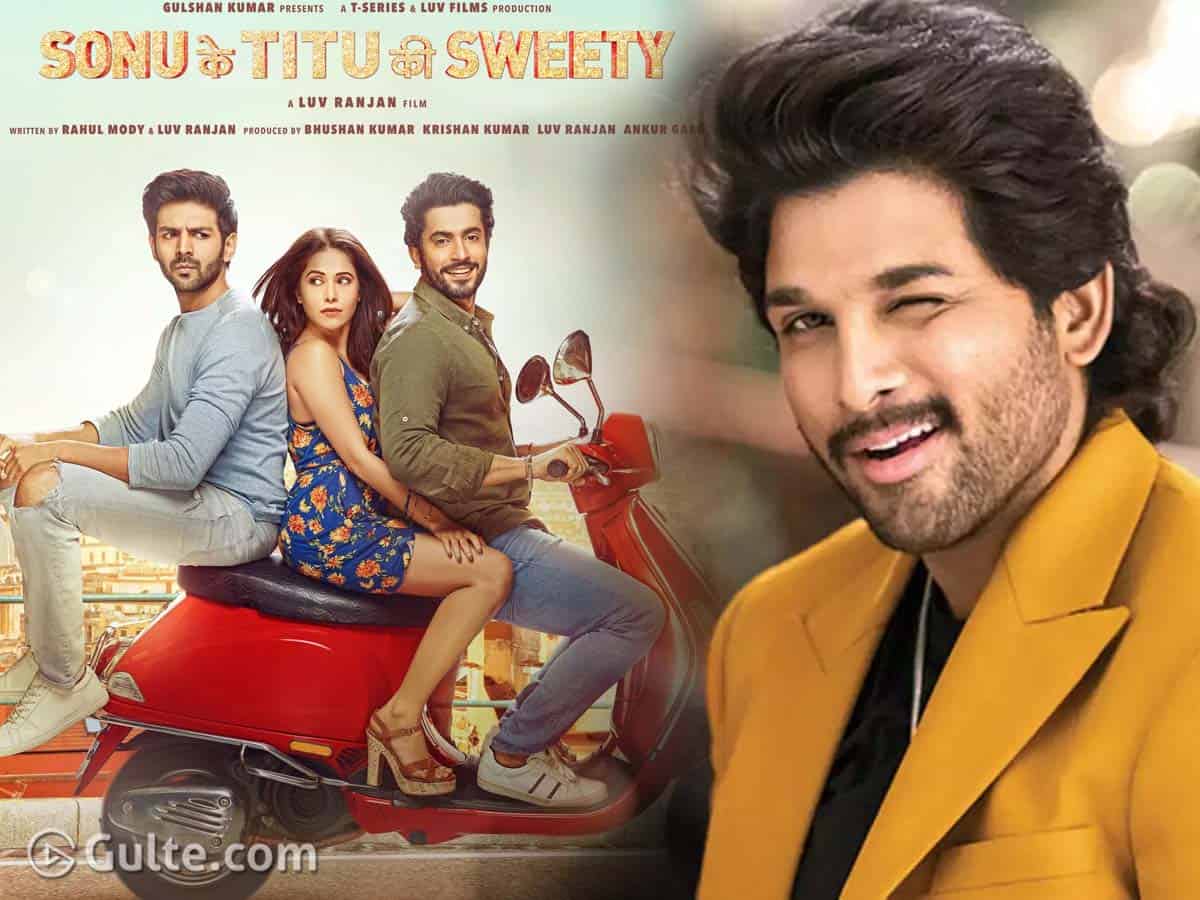 Stylish Star Allu Arjun has not attempted a remake in his career so far. The talented actor is now gearing up for his career’s first remake film. Buzz is that Bunny has locked a film post #AA21 and it is going to be a remake of a Bollywood film. ‘Sonu Ke Titu Ki Sweety’ is the remake, Bunny is showing interest to do. In fact, Bunny and Trivikram were supposed to do this remake in place of ‘Ala Vaikunthapurramloo’ but due to unknown reasons, they made a straight film.

Yet Bunny who acquired the rights of ‘Sonu Ke Titu Ki Sweety’ kept this project with him as he had plans to do it at any point of time. Finally the stylish hero has decided to go ahead with it and this will be Allu Arjun’s first remake.

But who will direct it and who will be the other hero in this Hindi remake, are not known yet. As Bunny has ample time with him, he would lock the director and second hero as per his wish.

Besides ‘Pushpa’ with director Sukumar, Allu Arjun has one more film – #AA21. It is with director Koratala Siva and in July this combination was announced. #AA21 will roll out from mid next year and after this Bunny has not committed any other film. So, Sonu Ke Titu Ki Sweety remake is going to be #AA22.

Meanwhile, since Saturday morning ‘Pushpa’ is trending on social media as fans are waiting for an update about the film’s shooting. Buzz we hear is that Pushpa shoot is going to begin at Vizag from Nov 10th on wards.