Corona Vaccine May Not Come : Balayya 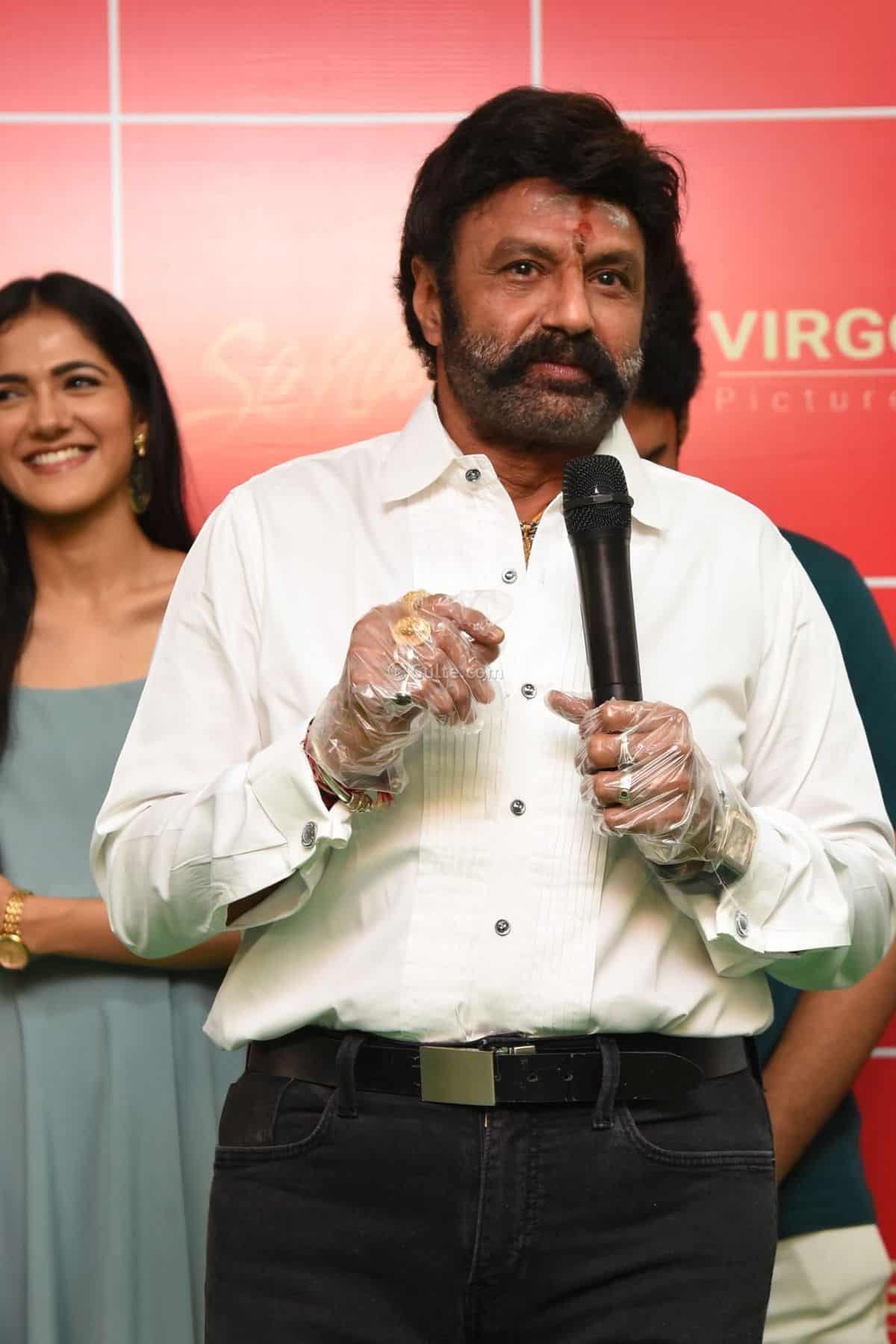 Nandamuri Balakrishna has made sensational comments on Corona Virus and the impending vaccine. Balayya said vaccine is not possible. He said vaccine for the virus has not come yet and said it may not come. He asked the people to be cautious of the virus and asked everyone to be self-aware. Balayya said, “Corona is going to stay.  We must live with it. There is news about the vaccine. But it may not be possible. People should be careful.” He made these comments during the first look launch of Sehari which marks the debut production house of former CM Kiran Kumar Reddy’s nephew. Balayya recalled his bond with the former CM and how they both had studied at Nizam college. He asked the young producers to be careful of film-making and asked them to spend wisely for the film.

Balayya as usual made a funny speech at the first look launch. First he commented on the production house’s name Virgo Pictures. He said he had recommended “Virgin Pictures” for the production house as it is their foray into film production. Meanwhile, Balayya heaped praises on young heroine Simran Chaudary’s beauty by using so many adjectives. He said he would like to work with her and this made the young girl go gaga. However, of all the comments Balayya had made at the do, his comments on Covid-19 vaccine stood out.

Since Balayya also happens to be the Chairman of Basavatarakam Indo-American Cancer Hospital and Research Institute (BIACH & RI), naturally his comments on Corona vaccine gained a lot of attention. Meanwhile, Balayya also talked about the Karthika Maasam and the auspicious first Monday of Karthika Maasam.