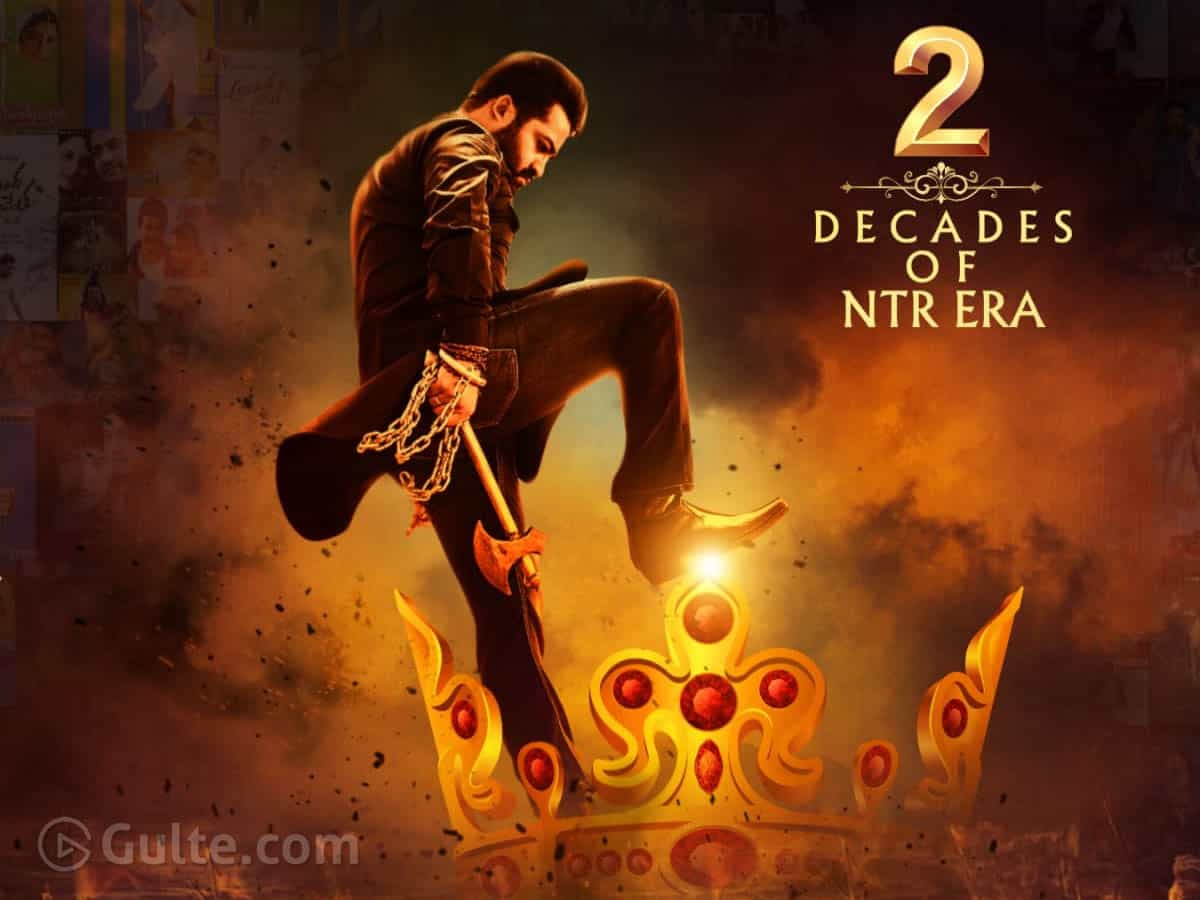 Actor and Young Tiger Jr NTR has completed two decades in the Telugu film industry and left an indelible mark. The fans of the actor are super excited for the special occasion and celebrating it big time on online.

NTR’s die-hard fans took to Twitter, Facebook, Instagram and other social media platforms to celebrate NTR’s 20 years legacy in Tollywood and trending the hashtag #2DecadesofNTREra. Millions of tweets and retweets are happening and fans are going gaga over it. NTR kick started his film journey as a child actor in Gunasekhar’s Ramayanam (1996). However, it was SS Rajamouli’s directorial debut Student No. 1 is the real launch of NTR as a full-fledged lead actor. The film’s shoot began in mid 2000 and the film released on Sep 27, 2001. It went onto become a success at the Box Office.

Congratulating NTR, film stars, netizens remembered memorable films and dialogues of the star. They wished Tarak on this big day. Besides his acting prowess, dialogue delivery, his dance moves are big hit with youth. Meanwhile, NTR is all set to collaborate with director Trivikram for his next.