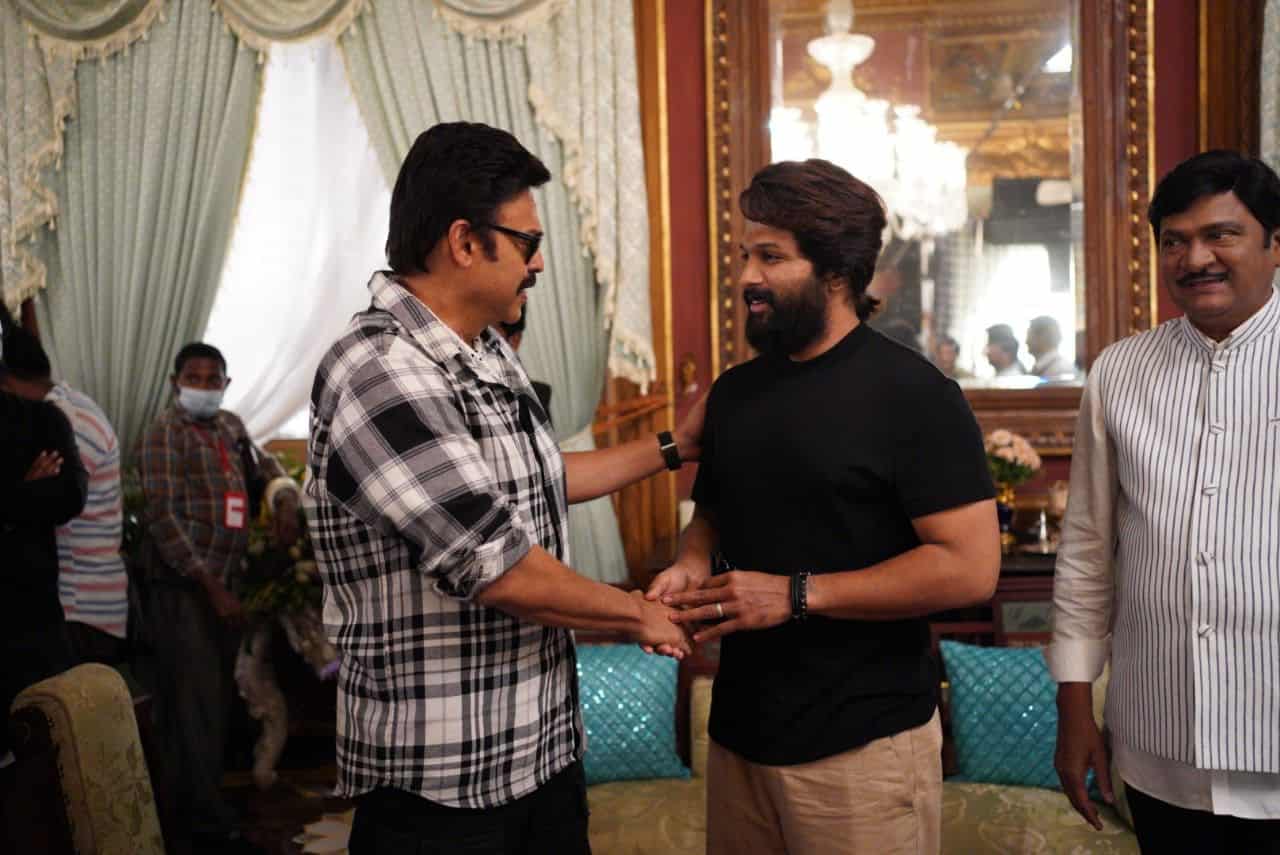 Icon Star Allu Arjun is occupied with the shooting of Pushpa being helmed by Sukumar. Meanwhile, the actor gave pleasant surprise to Venkatesh, Varun Tej and other team of F3 directed by Anil Ravipudi.

Allu Arjun took his time and visited the sets of F3 which is currently being filmed in Hyderabad. He had healthy discussion with Venky, Varun, Anil, Rajendra Prasad and Sunil. The pictures released by the team shows jollity in all the faces with Allu Arjun making surprise visit.

Allu Arjun looks as handsome as ever as he donned black t-shirt and trousers with trendy hairstyle. Venky looks cool in formal outfit, while Varun Tej looks dashing in hoodie. Rajendra Prasad and Sunil appear in fancy outfits.

In this latest schedule of F3 happening in Hyderabad, crucial sequences are canned with the major cast taking part in it. Tamannaah Bhatia and Mehreen Pirzada are paired opposite Venkatesh and Varun Tej respectively.