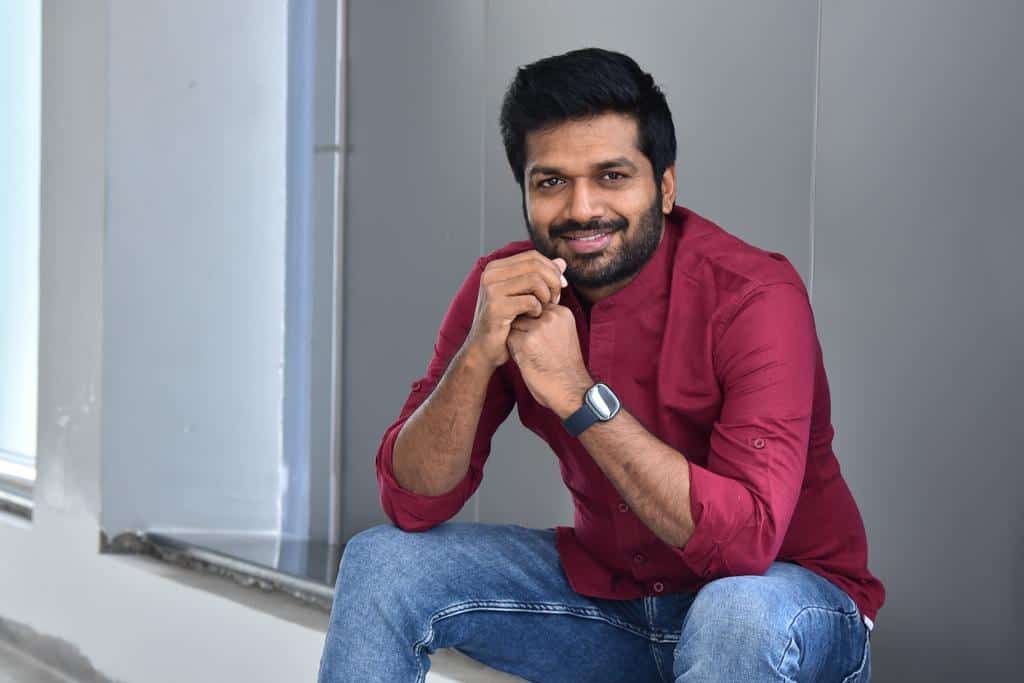 Director Anil Ravipudi who is riding high with consecutive blockbusters sounds confident about delivering another blockbuster with F3. The film starring Venkatesh and Varun Tej will grace the cinemas on May 27th. The director, ahead of the release, interacted with scribes.

Why did you cast same actors for F3?
You don’t get the feel of franchise, had we made the movie with different actors. A different story is narrated in F3 with the elements in F2 which audience got connected more. While there was wife and husband frustration in F2, the frustration is because of money in F3. The things like greediness for money, conspiracy, deception worked well. Sunil, Murali Sharma, Ali, Sonal Chauhan and few other new artists added to add more fun and glamour.

What’s the reason behind including night blindness to Venky and stammering to Varun’s characters?
Since F2 was a huge blockbuster, expectations will automatically be high on F3. To increase fun dose, we needed extra elements. We added these mannerisms and characteristics, as to generate more fun. Varun Tej’s different mannerisms are there in 30 scenes, wherein Venkatesh’s scenes will be hilarious in night sequences.

Was that you designed F3’s pre-release event?
Yes. I wanted the event to be very different. We’ve created Kusuma character for Suma. She did more than what I told her to do.

Will there be same characterizations that of F2 in F3?
The behaviour of the characters will be same. Venkatesh didn’t have a family and Varun had in F2. However, Venkatesh has a family in F3 and Varun is an orphan here. You will see a clear difference in most of the places.

The trailer presented heroines as greedy, is the fun generated through these characters?
Heroines are greedy, but the other characters in the movie too are greedy to become millionaires overnight. Their efforts will produce laughs. Other than the fun, there is a strong content. The message about wife and husband relationship in F2 pleased many, similarly the message in F3 will connect to everybody.

Do you believe F2 is the driving force for F3?
Definitely, because there is no F3 without F2. I wanted a Golmaal kind of fun franchise in Telugu. I’m very happy with the final outcome of F3.

Are there any real-life incidents in F3?
There are very few compared to F2. F3 revolves completely around money. The gold shop sequence shown in the trailer will connect to everybody. However, we added more fun to it.

How was it making the movie with so many actors?
We worked very hard. If there are 70 shots in a scene, I used to start with 30th shot, as per the availability of the actors then. Annapurna garu and Y Vijaya garu used to come a little early. So, I used to shoot their shots first. We took more care of them during corona. Venkatesh still takes better care. Corona did not touch him till date.

Did you have the idea of including this song with Pooja Hegde from the beginning itself?
I thought about Pooja Hegde’s special song, after the second wave of pandemic. We shot the song ‘Woo Aa Aha Aha’ with the three heroines and thought it would be nice if a star heroine comes as a guest to make the next Celebration song a little more special. Pooja Hegde played herself as heroine.

Was there any inspiration for stammering?
The role played by Brahmanandam in Aha Naa Pellanta is my favourite. It will be new to have the stammering to a hero.

Do you want to replace EVV and Jandhyala as a comedy director?
Frankly speaking, the place is still vacant. I came to industry to make mass movies. However, I make sure my movies have enough comedy. Pataas, Supreme and Raja The Great- these movies adequate fun, besides many mass elements. As to reach larger audience, perfect strategy was instigated for F2. The film collected over $2 Million in overseas. Sarileru Neekevvaru was an action movie, thus train episode was included. I again made a family entertainer with F3. My next with Balakrishna is going to be a mass entertainer. We need to show the difference from movie to movie.

What kind of care you take to make comedy movies?
It’s not correct to make a complete comedy film. There is healthy comedy in my movies, though I don’t completely focus on generating fun. There is a strong content in the end of my every movie. If audience won’t connect to it, movies won’t have wide reach. F3 too will have a strong content, along with the comedy.

How do you define F3?
We initially gave the tag- Fun Frustration and More Fun. But F means family as well. All those who love cinema are our family.

Will the reduced ticket rates be favourable for F3?
The ticket rates will be accessible to all the places, other than some premium multiplexes in Hyderabad. It’s a family entertainer and the affordable prices can make them watch twice or more. F3’s budget got increased, but it’s not right to trouble the audience. Dil Raju took the decision as to bring family audience to theatres like before.