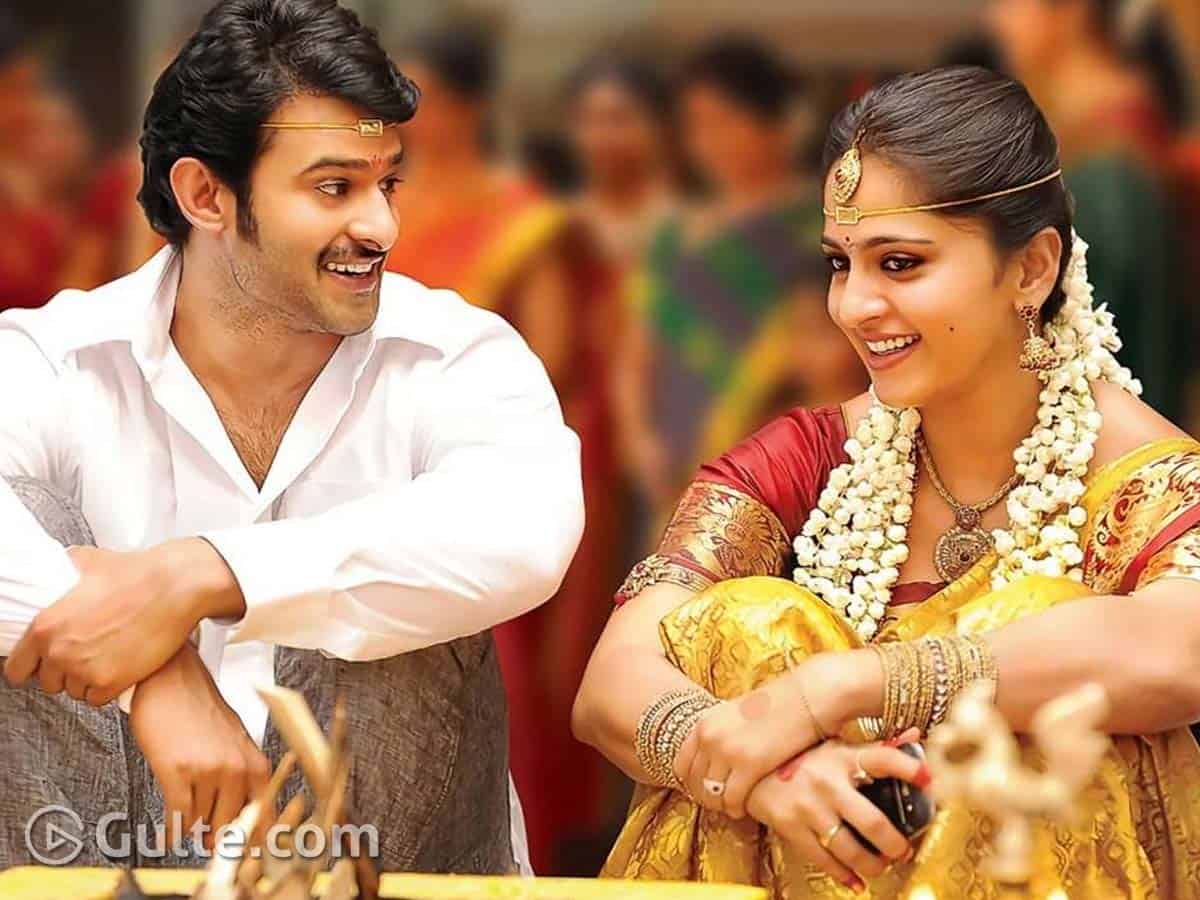 Actress Anushka, once again, chose to stay away from the controversy which is related to Prabhas, and her marriage with him. The duo has been in news for more than a decade now and this topic never ends and netizens don’t get over it ever.

Anushka, recently, activated her Twitter account for a chit chat with her fans on the occasion of Nishabdam’s release. During one of the chats, a fan shared the wedding scene image with Prabhas from Mirchi movie and asked her what does she have to say about the scene.

To this, the actress replied very smartly. She said, this was a candid pic while we were shooting for the film where I and Prabhas were talking about something.

Also, she wrote that this was the first film by UV Creations and thanked producers Vamsikrishna Reddy and Vikram Reddy.
Once again, the Baahubali actress choose to not talk about the marriage rumours with Prabhas.