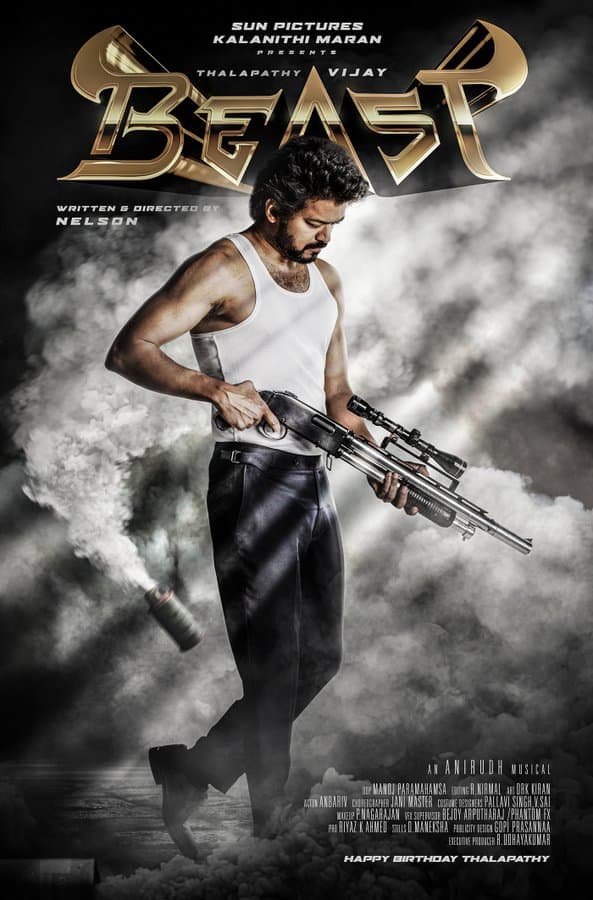 Thalapathy Vijay’s 65th film title and first look are unveiled shortly and it’s a kick-ass poster. The film is titled ‘BEAST’ and Vijay truly appears in beast mode holding a gun in his hand.

‘BEAST’ is being written and directed by Nelson Dilipkumar and sharing the first look he wrote, “#BEAST it is. Happy to unveil the first look of this special film with my favourite and sweetest #thalapathy @actorvijay sir. hearty thanks to @sunpictures.”

The poster hints that this might be an action entertainer. Dusky siren Pooja Hegde is playing the female lead and she is returning to Tamil cinema after a brief gap.

Considering the buzz around Vijay’s Telugu debut, this ‘BEAST’ is most likely to get a Telugu release as well with the same title.