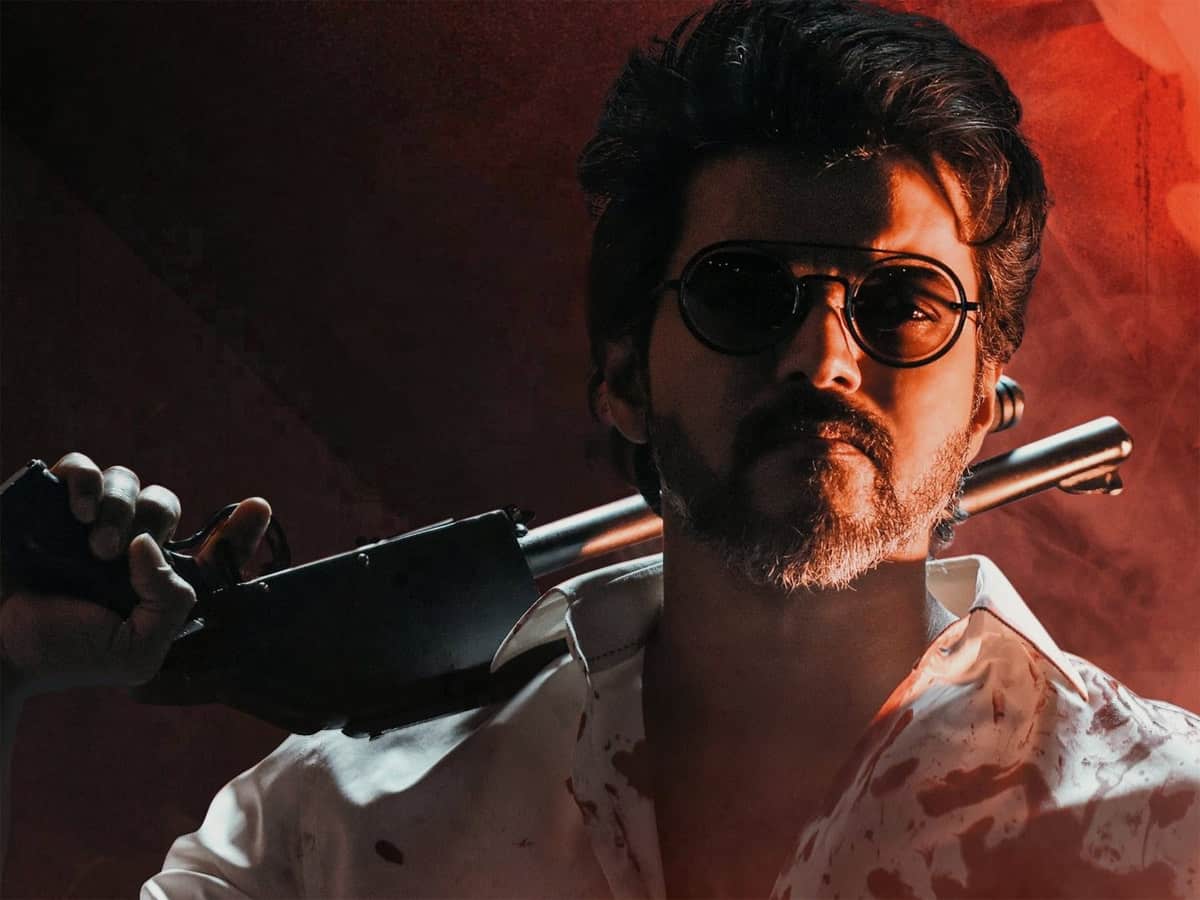 There were many dubbed films of Thalapathy Vijay in Telugu and the audience here knows how big the star is. But the actor tested the waters in Telugu with his direct release of Master recently with an intention to expand the market here. Well, the movie failed miserably and here he is with his Beast this time. Director by ‘Doctor’ fame Nelson, Vijay’s Beast is coming with a big release and expectations all over. The trailer garnered attention with the thrilling action scenes and of course the Arabic Kuthu song. The movie is in theaters now and here is the review from the US premieres.

A RAW agent Veera Raghava (Vijay) captures the most wanted terrorist Umar Farooq (Lilliput Faruqui) on a mission. Many months later a shopping mall in Hyderabad gets hijacked by a militant group demanding the release of Umar Farooq. Veera Raghava along with Preethi (Pooja Hegde) and others get stuck in the same shopping mall. How Vijay saves all the hostages from the hijackers and how he gets the mall back under control is all about the Beast.

Vijay performs well in these kinds of roles and he did alright. There are some bland expressions from him at times, that made the scenes uninteresting. The fights and stunts by him are sure to enthrall the action-loving audience and his fans. Though many of the action scenes are well shot and shown, some went overboard. Vijay’s stardom and stylish acts can’t alone save the movie that has a very weak story and poor narrative.

Pooja Hegde appears as the love interest of Vijay and she looked really well. Apart from that, her role is very minimal and flat.

Selva Raghavan appears as the head of police operations and he did quite well in it. VTV Ganesh, Sathish Krishnan, Redin Kingsley, and Yogi Babu are at their best and they bring the laughs in many scenes. VTV Ganesh’s peculiar dialogues always are fun.

Ankur Vikal, Shine Tom Chacko, Aparna Das, and others did fine in their respective roles.

Beast is a story of a rescue mission and it was mostly shot in a shopping mall and indoors. The cinematography is good. The screenplay is also fine. The editing could have been better as there are some confusing scenes like Vijay taking down most of the goons and the next scene will have all the hostages at gunpoint by more baddies.

Though many of the latest films are to be overlooked for their cinematic liberties, some scenes stick out as odd ones due to too much insubstantiality. Beast has plenty of them.

The background music, particularly during the slow-motion action scenes is excellent. Anirudh’s BGM elevated the scenes and some of the gun firing frames are a treat for fans.

Arabic Kuthu song is already super popular and it has dances from Vijay and Pooja in rich color tone, while the other one Jolly O Gymkhana is also good to watch.

We have seen many films where the protagonist volunteers for a rescue mission or saves the hostages being one of them in a hijack. Beast has the same story, but with some additional ingredients to make routine rescue drama a bit more entertaining.

First things first, it is clearly evident from the trailer that Vijay ends up saving the hostages in a hijacked shopping mall. But the little drama or the series of events on how Vijay lands in the shopping mall could have been a lot better. The scenes of Vijay meeting Pooja and the following scenes until he finds the mall hijacked, appear forces and unreal. The whole heroine track is weak and most of the time, she is just there as one of the two hundred hostages and nothing more.

The director Nelson who earlier made Varun Doctor has brought his style of farcical comedy to serious situations with Beast too. The comedy of VTV Ganesh and Yogi Babu – Redin Kingsley parallel worked well in parts.

Though the movie is a hijack drama, it never really is serious and doesn’t include any hard emotions end to end. Nelson who managed to generate fun in a kidnap drama like ‘Doctor’, tried the same here, but a serious situation with terrorists and hijacking could not completely get along with the comedy in-between.

From Vijay’s tactics to save the hostages to Selvaraghavan’s counter dialogues, from the villain’s plots to the home minister’s banter, everything goes in a non-serious mode. Along with the silly comedy of VTV Ganesh and Jack and Jill comedy of Yogi Babu, a few one-liners from Selva Raghavan too brought some laughs, like ‘proper ga hijack chesi naaku call cheyyi’.

Well, there are many over-the-top elevation scenes for Vijay and they are expected. His style and mannerisms in fights are mostly the selling points in his films, but the terror gang hitting back at least once or twice could have given the needed balance. There are some unnecessary episodes like a fight on roller skates and they could have been avoided as the audience has already watched a lot of bloodshed action parts by then. The climax episodes of Vijay entering Pakistan and coming back using ‘politics’ are outright silly and totally illogical.

Vijay utters the very famous Pokiri dialogue not once but twice, which is ‘okkasari commit ayithe..’. Though it is his famous line for the Tamil audience, the Telugu audience sees it as Mahesh Babu’s dialogue forever and so it has no impact here.

Having said that, Beast is a routine story with farcical comedy that worked in most parts and some stylish action blocks that entertain fans. Beast may have a chance to run strong with the Tamil audiences, but it will not be the same in Telugu states.

Bottom line: A Toast Of Comedy, A Roast Of Everything Else