Talk Of The Town: Stalin Travels In City Bus 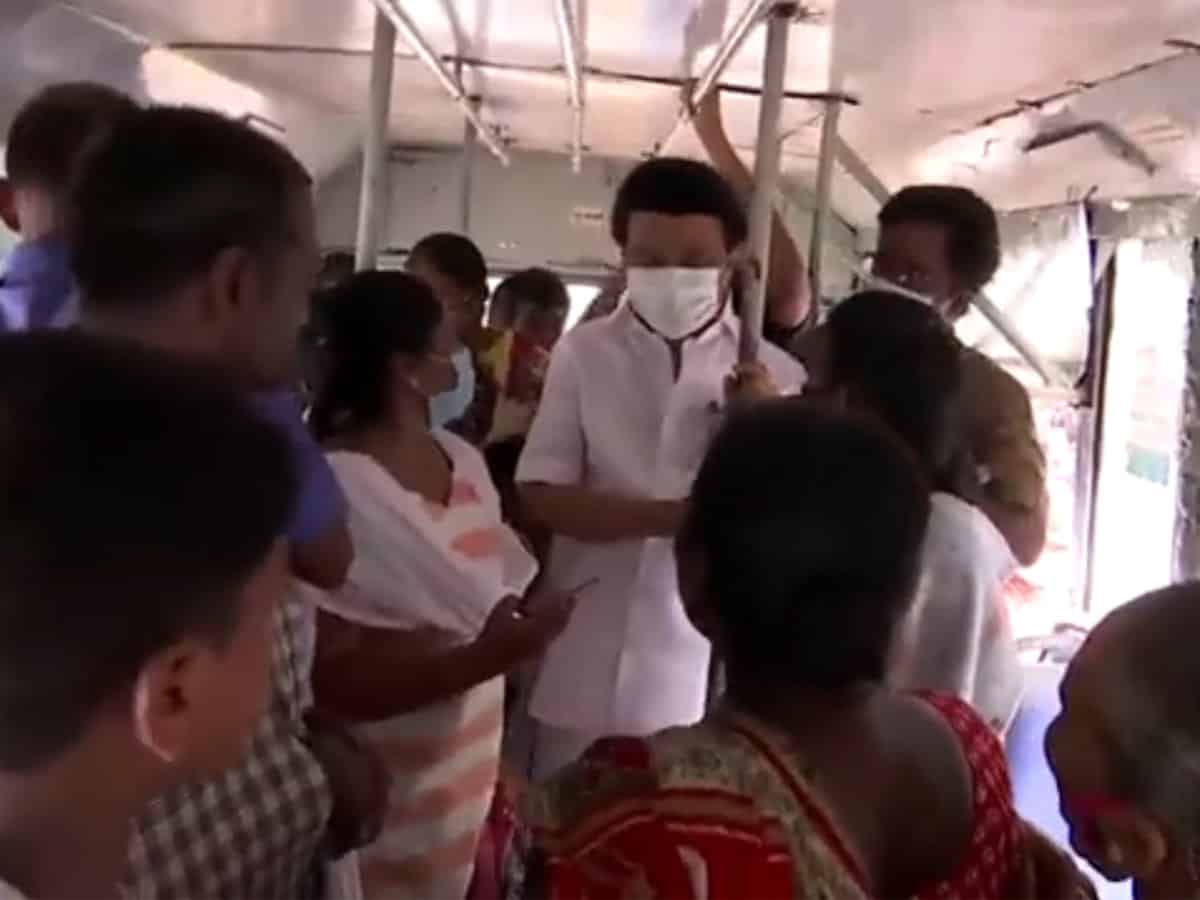 Tamil Naidu Chief Minister M.K. Stalin is winning the hearts of people through ‘hatke’ politics like being amiable even with the Opposition leaders in the state. At the same time, Stalin has been trying to carve a niche for himself by getting connected to the common people.

This morning, he boarded a government city bus travelling towards Kannaki Nagar to know how the free travel for women in RTC buses scheme was being implemented in the state. During his surprise inspection, Stalin interacted with the passengers and asked them how the RTC drivers and conductors were functioning. He also enquired them about their grievances and asked the women if they needed more facilities in the bus travel scheme.

Free bus travel for women was one of the many poll promises of the DMK party, which was voted to power in April this year.

He had been magnanimous in allowing the Amma canteens continue functioning under the same banner ‘Amma Unavagam’ even while the voters were thinking that the nomenclature of Amma canteens would be changed.

He also asked the officials to retain the photos of AIADMK CMs Jayalalitthaa and Edappadi Palaniswamy on as many as 65 lakh school bags meant for free distribution among the children studying in government schools. It is said that this move helped the CM save Rs 13 crore that would have been spent on replacing the bags.

These gestures have given much publicity to the CM both among the public and In the political circles too. Through such acts, Stalin is trying to make people understand that he has respect towards public funds collected in the form of tax and would not like wasting it, say political observers.

When Covid was its peak, Stalin formed a 13-member Covid-19 advisory panel, comprising 12 opposition MLAs, with himself as the chairman of the committee. Giving importance to the voice of the opposition parties by including them in advisory panel was lauded by various political parties who felt Stalin was aiming as inclusive growth.

Being the neighbouring state of Tamil Nadu, it would be better if Andhra Pradesh Chief Minister Y.S. Jagan Mohan Reddy too takes a leaf from Stalin’s book and keeps himself away from revenge politics and provide good governance to the people for having elected the YCP with a huge mandate, suggest senior politicians in the Telugu state.