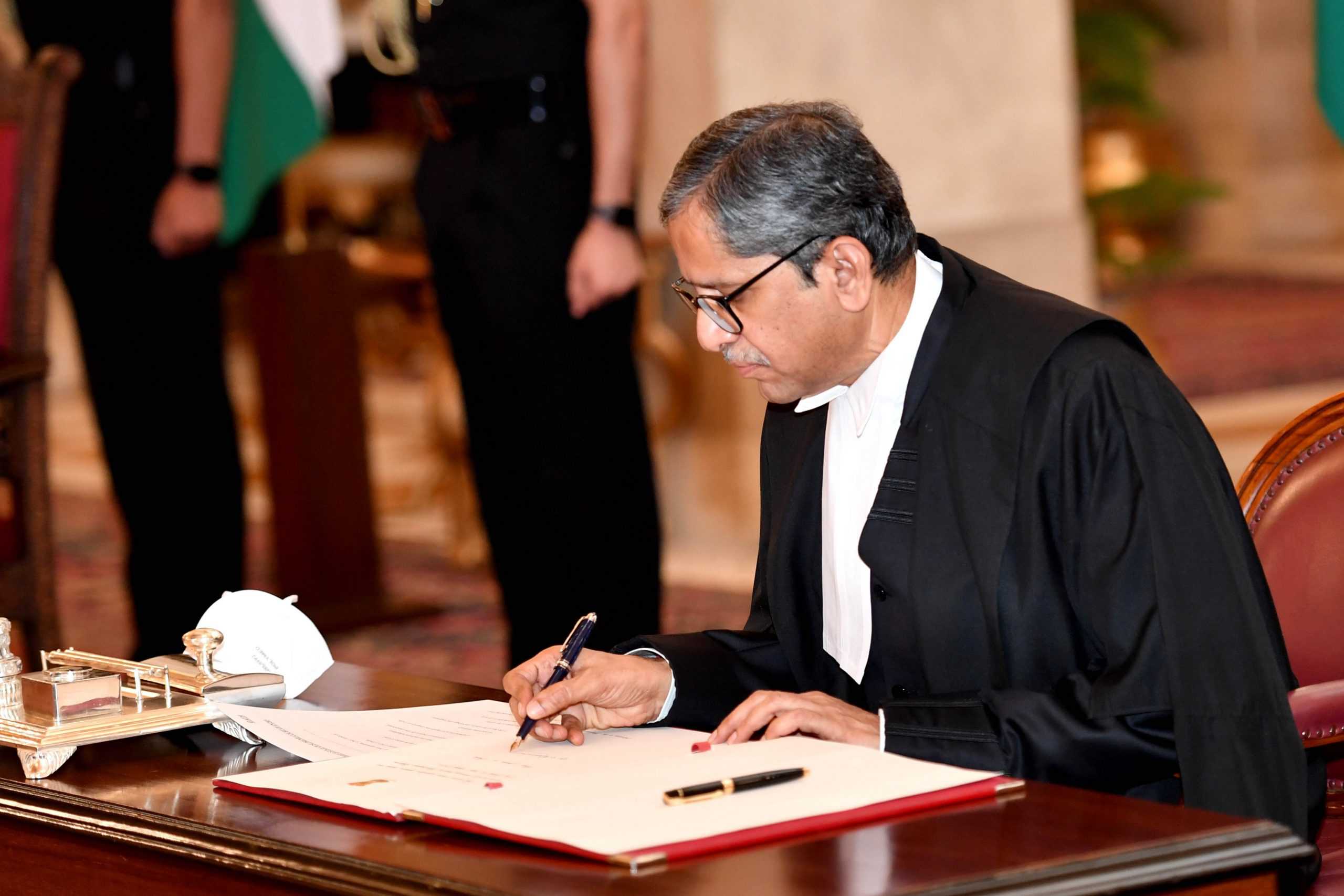 Chief Justice of India Justice N.V. Ramana seemed to be pained over the dwindling importance of Telugu language. He made some interesting suggestions to film actors and playback singers. He felt that the actors or playback singers should not look down upon Telugu language, instead learn it and speak it accurately with proper diction while acting in the movies or singing for films. He lamented that actors were not giving a hoot to Telugu traditions and culture too.

He said that it was the duty of the actors to learn Telugu and then go to the sets for the shots, because they are making a living out of it. Film is a popular media that can influence thousands of people, he reminded.

Even I can’t speak fluently in Hindi but I am trying to learn and speak it, he said.

One other reason why Telugu is losing its importance could be because of a misapprehension among youth that only mastery over foreign languages would help them have an edge over others in bagging high-paying jobs. It is a myth that people knowing only Telugu would not be able to bag jobs with plum packages.

Telugu youth might not be intentionally looking down upon their mother tongue but the fight for survival could be forcing them to neglect it, he said.

Even the governments are promoting this misapprehension and it is very unfortunate, he said. The government authorities are also not promoting mother tongue and communication in that language, he lamented.

Veteran actors like NTR and ANR tried to improve themselves in the specific faculty where they felt they were lacking like dancing, dialogue delivery, action, etc. NTR used to say that during the initial days of his acting, he was not good at dancing and that even his voice was not up to the mark. To attain mastery over his voice, he used to go to the beach in Chennai with a pot and practice delivering dialogues. Similarly, ANR also took training in dancing for nearly a year to understand the nuances of it.

“Such training is necessary for actors, singers and others involved in the films. It is my sincere advice,” he said.

Are you hearing folks?