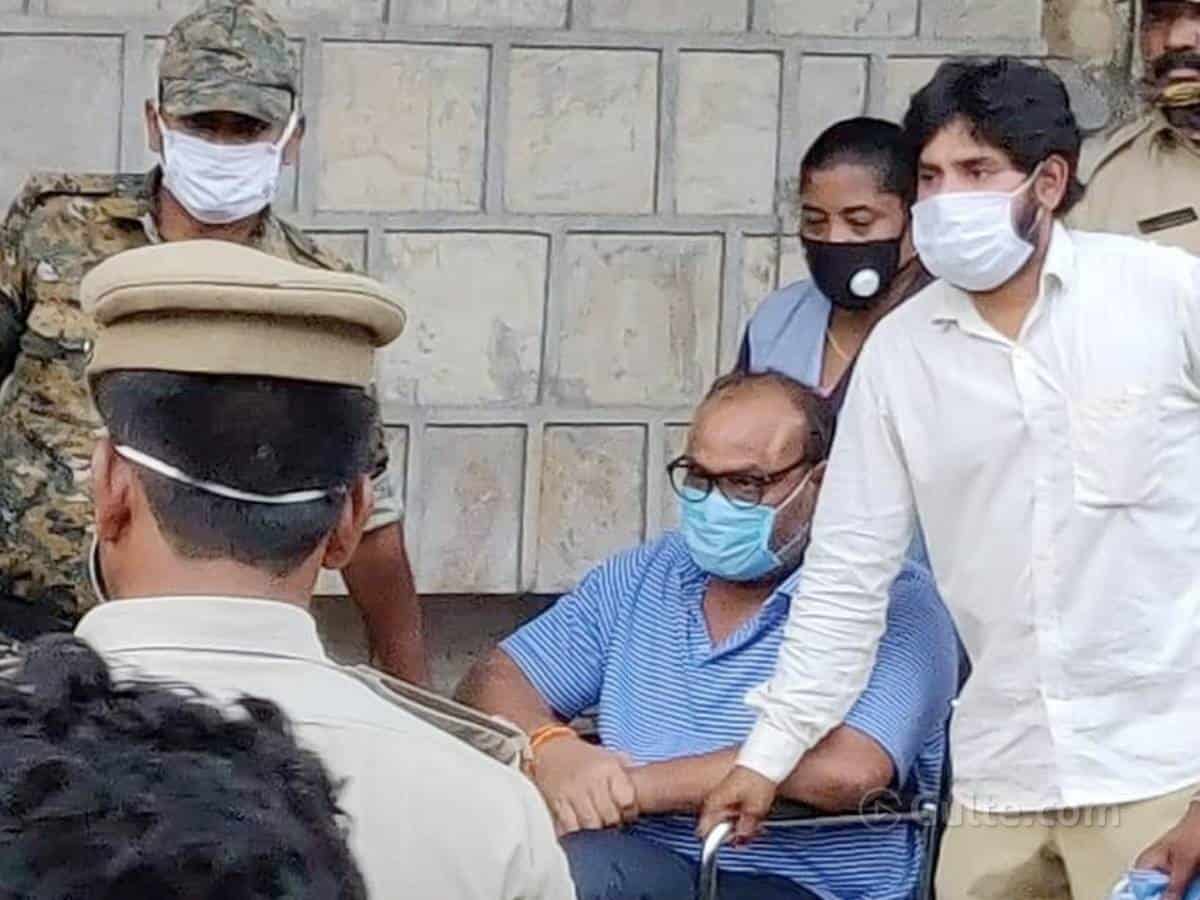 TDP leader and Tekkali MLA Atchannaidu who arrested in ESI scam, has been discharged from Guntur Government Hospital (GGH) short while ago. Right after his arrest at his residence in Nimmaada, Atchannaidu was brought to Vijayawada by road.

The senior TDP leader had recently undergone a piles surgery and because of traveling by road for about 500 kilometres, Atchannaidu complained of bleeding for the surgery spot. He informed the same to ACB court in Vijayawada and upon his request, he was moved to GGH.

For nearly three weeks Atachannaidu was being treated at GGH and this morning the doctors have submitted a final report claiming that he has recovered. Getting to know about this, the ACB cops have arrived at GGH and are moving him to Vijayawada sub-jail.

Learning about Atchannaidu’s discharge, TDP workers reached GGH. The police have made tight security arrangements in this view.

Meanwhile the family members of Atchannaidu have filed a bail petition in Vijayawada ACB court and informed the court that considering his health status, the bail should be granted and he would be available anytime for questioning in connection with the case. The court has reserved its verdict.