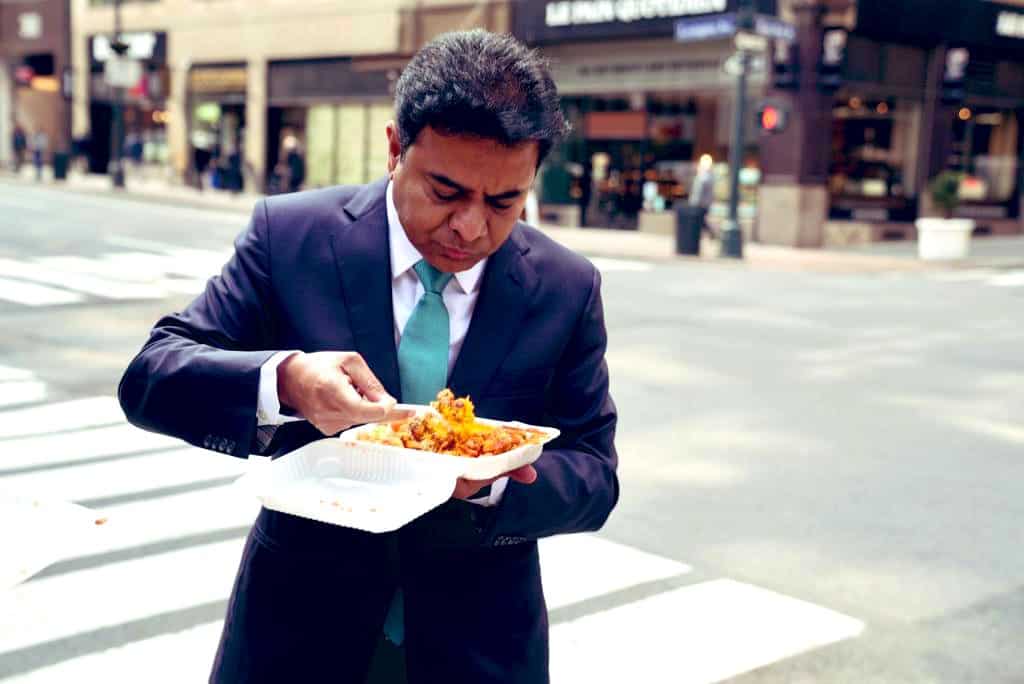 Telangana IT minister KTR is currently in the United States to attract investments to the state. He met the likes of Qualcomm company representatives, Johnson & Johnson, Pfizer and a few more and invited them to invest in Telangana. On this occasion, a couple of MoUs were also exchanged and that’s some great news too.

In his busy schedule, KTR recollected his days he spent in the US and he managed to try the street food in New York. Sharing the pictures, KTR wrote that while he was walking down from meetings at Pfizer in midtown, he noticed a street food joint on Lexington & 34th.

KTR stopped and had a quick meal consisting of rice, chicken and hot sauce. Seems like he was highly impressed by the food and he recommended his followers to try out this place. The IT minister looked all decked up in a suit and stood in queue for his turn at the food joint.

New York, the city that never sleeps and has some amazing restaurants and food joints at every corner.