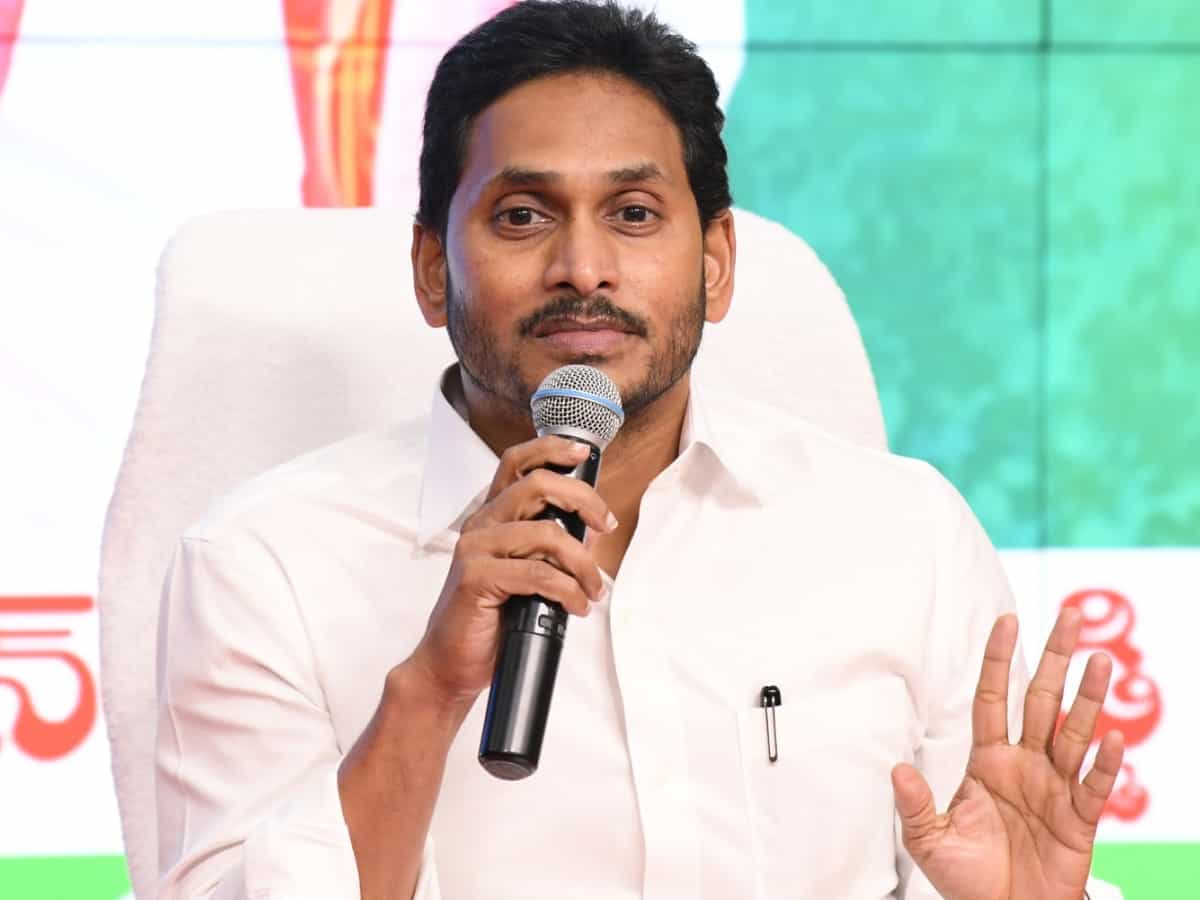 Addressing the gathering Jagan said, “My government is not like the previous government to give a word to farmers and people and forget it to implement. Such people are unfit to stay in politics and they are Chandrababu Naidu and his ‘Dattha Putrudu’ (Referring to Pawan Kalyan). Pawan’s actions are always in the best interest of TDP and he does go to any extent at the benefit of Chandrababu Naidu. (Chandrababu Thaanaa.. Pawan Kalyan Thandanaa..). People should be aware of both the leaders and their conspiracies.”

Jagan also dragged the media which is against his YCP government. “Whenever our government plans to do something good for people, Eenadu, AndhraJyothy, TV5, Chandrababu and Dattha Putrudu enter the scene and try to deviate the people’s attention with negative propaganda. Pro TDP media claims that Chandrababu who did not clear the pending bills of free electricity, crop insurance, input subsidy and others, is an efficient leader. On the contrary, my government cleared Rs 8750 crore of free electricity bills of the previous TDP government and in the last three years Rs 25,800 crore has been spent on free electricity for farmers,” remarked Jagan.

Reacting on the Konaseema crop holiday, Jagan expressed disbelief. “Konaseema is one of the peaceful places in AP and anti-social elements disturbed the atmosphere. But I was wondering about the Konaseema crop holiday. The previous government did not credit the amount of paddy procurement. Even though the funds from the government of India are getting delayed and causing trouble to our government, we are ensuring that the money gets credited to the farmers account within three weeks of procuring the crop. For such efforts, these people want a crop holiday in Konaseema,” said Jagan.

Nearly ten or more times, Jagan called Pawan ‘Dattha Patrudu’ in his speech and this might invite similar reaction from Jana Sena side.