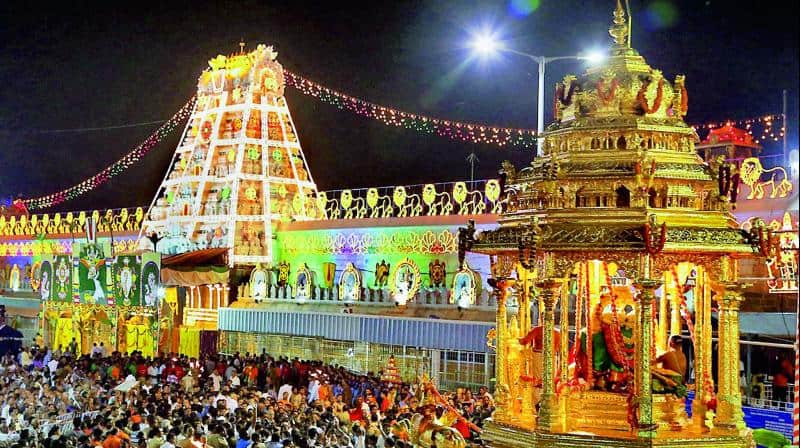 In the last week of July, AP Animal Husbandry minister Seediri Appalaraju visited Tirumala. Appalaraju was accompanied by 150 followers. He demanded the Tirumala Tirupati Devasthanams (TTD) officials for a VIP darshan to him as well as for his massive followers.

Bowing down to pressure from the minister, TTD allowed minister Appalaraju and his followers during the VIP protocol break. Two days back another YCP minister Ushasri Charan too arrived in Tirumala with 50 of her supporters. Apparently being a long weekend, devotees reached Tirumala in large numbers and the que lines were jampacked. With thousands of devotees, TTD cancelled the VIP darshan. But YCP minister Ushasri Charan was already in Tirumala and she insisted for darshan in the VIP protocol break. With the minister asking, TTD allowed Ushasri and her 50 supporters, keeping the common devotees in waiting.

This morning tourism minister Roja repeated the same. With 30 of her followers, Roja arrived in Tirumala and forced the TTD for darshan in VIP protocol break. Yet again the TTD had no option rather than to listen to the minister. Roja and 10 of her followers had darshan in the VIP Protocol break while the rest had in regular break.

Looking at this Roja might not be the last YCP minister to visit Tirumala with their followers to trouble the common devotees. What’s wrong with YCP ministers? It is absolutely okay, if the ministers come alone or with family and take the blessings of Lord Balaji. But demanding VIP darshan for their supporters or followers is a clear misuse of power.

It’s high time the TTD set the rules straight and doesn’t bend them for politicians especially for those from the ruling party.