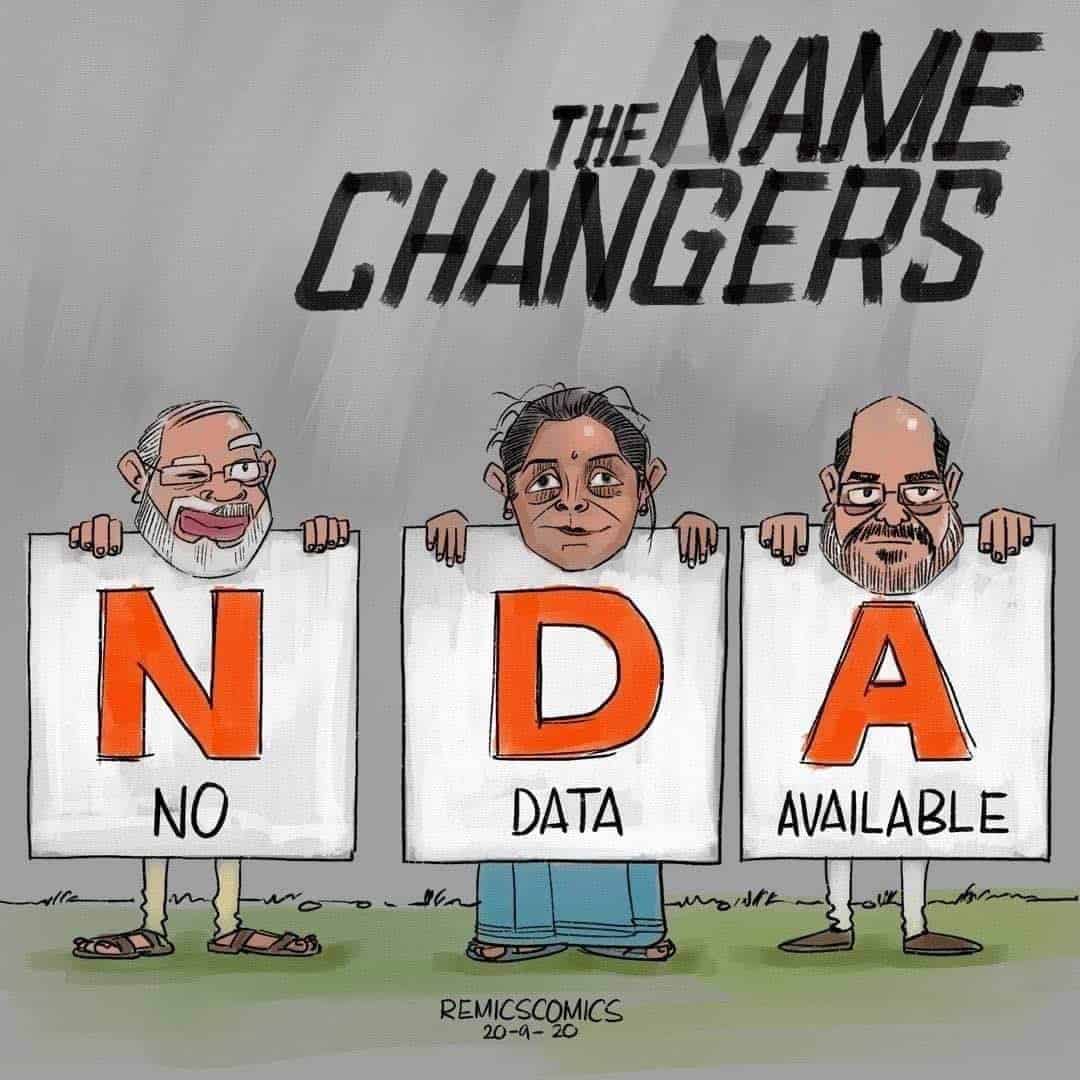 The lockdown from March to June has severely impacted the migrant workers. During this period, we have seen thousands of migrant workers hitting the roads to reach their respective places as buses and trains were completely shut. As a result, taking the roads barefoot was the only option for them. Many people died out of hunger and other reasons on the way!

The pictures of such incidents have gone viral then. Regarding the same, the opposition has asked the Centre, if it had any data of how many people have died during the lockdown. Union Minister of State for Home G Kishan Reddy said as per the information provided by the National Crime Records Bureau, many states and UTs have reported “nil” data on suicides by farmers, cultivators, agricultural labourers and other workers.

The opposition has slammed the Centre for its irresponsible reply with ‘NO DATA Available.’ Congress MP Shashi Tharoor took a jibe at the Centre and connected the ‘NIL DATA’ with NDA.

“No #data on migrant workers, no data on farmer suicides, wrong data on fiscal stimulus, dubious data on #Covid deaths, cloudy data on GDP growth — this Government gives a whole new meaning to the term #NDA!,” tweeted Shashi with a picture that had PM Modi, FM Nirmala Sitharaman and HM Amit Shah.

This picture is currently going viral on social media and everyone is making fun of the BJP government in New Delhi.