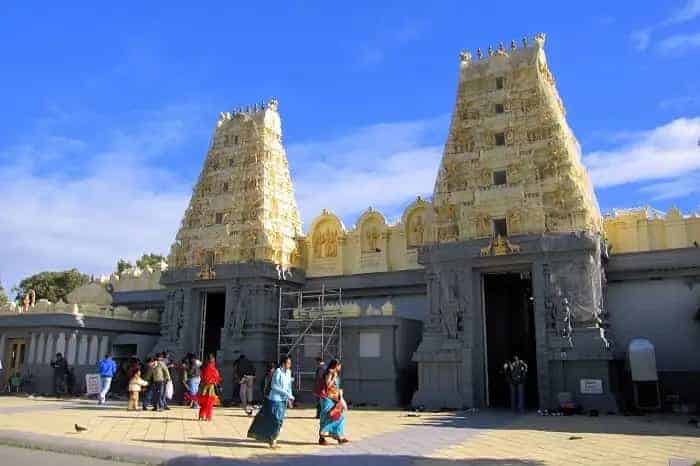 A Hindu temple in the United States reported a crime of theft and this was reported nearly 10 days back. In details, Shri Omkarnath Temple in the Brazos Valley, Texas was raided by thieves on January 11th and this upset the Indian community.

Temple Board member Srinivasa Sunkari confirmed that the robber stole valuable stuff and also the Hundi (Donation box). According to Sunkari, the thief broke in through the side window and went straight to the donation box. The suspect then used the temple’s cart to wheel it out the door.

The culprit was caught on camera and the temple authority has lodged a complaint on this crime with the nearest police station. The temple board acknowledged that the temple priest and his family members who are residing in an apartment right behind the temple, are safe.

Shri Omkarnath Temple is the only Indian temple in Brazos Valley and witnesses a lot of Hindu devotees during the weekends and festival times. This incident brought a distress in the Indian community while the Brazos Valley cops informed that they have launched an investigation and will nab the culprits as early as possible.