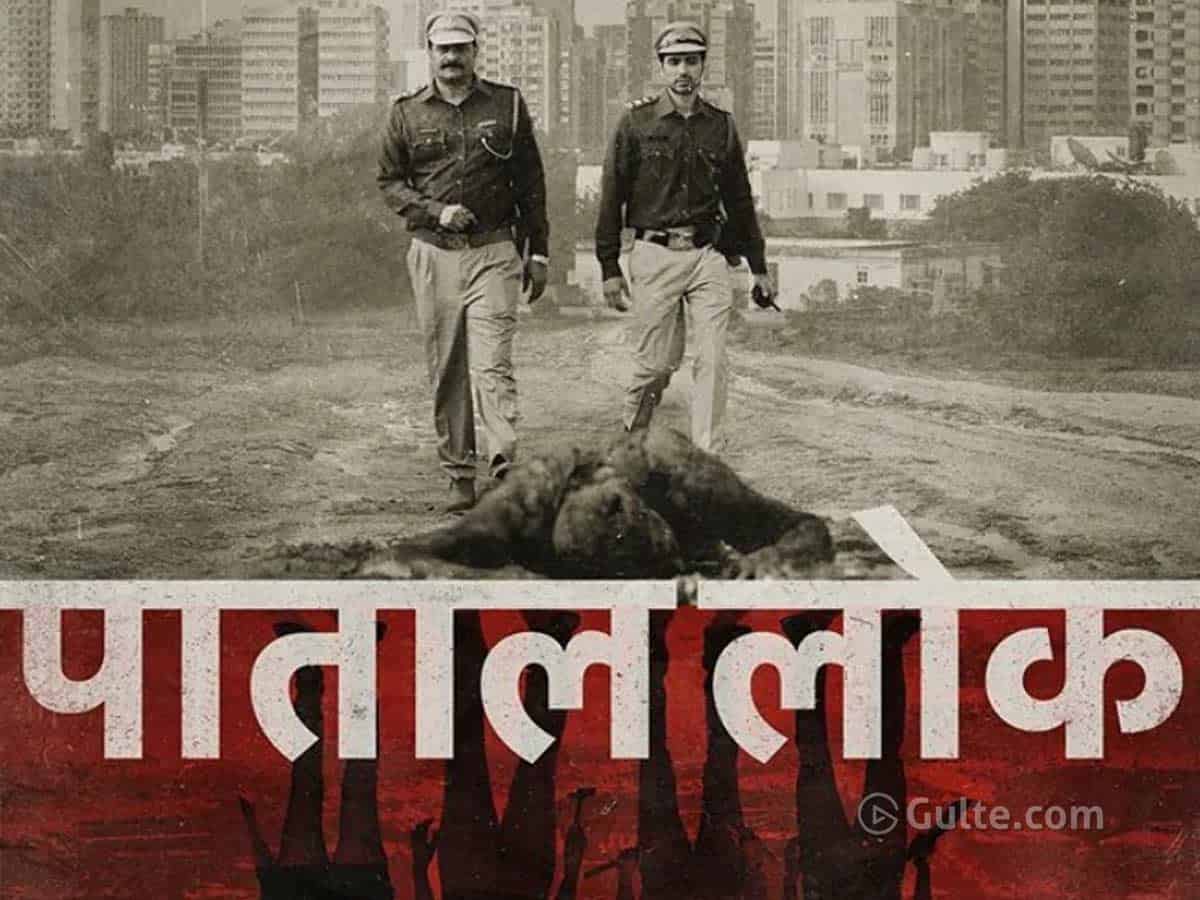 Paatal Lok has been creating ripples across social media since it started streaming on Prime Video. The promos itself looked very promising and the nine-episode web series lives up to the expectations if not exceeding them. It is a neo-noir crime thriller that is bankrolled by Anushka Sharma’s production company.

A gang of four criminals are nabbed by the cops on a bridge and taken into custody. They are allegedly planning to kill a top journalist Sanjeev (Niraj Kabi) for unknown reasons. The case lands on Inspector Hathiram’s (Jaideep) table. He wants to use this case to prove his worth and starts digging into the details. There is more to the case than what meets the eye and Hathiram unfolds a bigger conspiracy relating to Sanjeev’s attempted assassination.

Jaideep Ahlawat of ‘Gangs of Wasseypur’ fame finally gets a role that does justice to his talent and he makes a meal of it. There’s not a single wrong note in Jaideep’s performance as Hathiram. He makes us root for the underdog character with his earnest performance. Even a policeman who deals with hardcore criminals has a soft and tender heart. He too has emotions and Jaideep exhibits a plethora of emotions as Hathiram. Gul Panag is superb as his caring yet a bit irresponsible wife. Neeraj Kabi is very good in the role of a high profile journalist. His scenes with his wife are particularly impressive. Swastika Mukherjee shines as Neeraj’s wife who is having anxiety disorder. Abhishek Mukherjee steals every scene that he is in with his eerie appearance. His eyes will surely haunt you like Neerja’s character says. Ishwak is good as Jaideep’s dependable sidekick. Almost every actor in the supporting cast delivered credible performance, which is one of the strengths of this web series.

Sudip Sharma created this web series based on the book ‘The Story of My Assassins’ written by Tarun Tejpal, although it isn’t credited. I haven’t read the book, but Sudip Sharma’s work along with other writers is commendable. They made sure to present it in a commercial way despite its grim theme and gritty characters. Directors have done a superb job in getting the emotions rights. The dialogue is on point and the musical score is very captivating. Camera work is superb especially in the dark lit scenes and chase sequences. Editing is razor sharp despite a long runtime. There is not a single scene that seemed unimportant or out of place.

Paatal Lok is being lauded as one of the finest web/television series made in India and there’s not a bit of exaggeration in it. It is indeed a splendidly written and spectacularly executed web series. It hooks you right away with the first sequence where the police nabs the criminals on a crowded bridge. Many questions arise with the subsequent sequence of events and we become as much curios as Hathiram to find the answers.

The web series constantly throws surprises at you and puts its viewers in the shoes of Hathiram as we could literally feel his emotions and the shocks that he is subjected to. Family angle of Hathiram seems a bit stretched at the beginning, but it treads in a different path and becomes as thrilling as the rest of the story with the teenage son of Hathiram getting into huge trouble. There’s one heroic moment for Hathiram towards the end of this episode and he becomes a normal person in the very next scene when his wife publicly slaps him.

Paatal Lok not only focuses on the backstory of its ‘heroes’ but also shows the other side of its villains. What makes Vishal Tyagi a dreaded and ruthless criminal? What is the story behind Chaku’s criminal behavior? How did Cheeni land in this mess? Every story is told in graphic detail that we hate the system for making them into what they had become. Crime scenes are so violent that we will have to look away from the screen and even the sex scenes are intense. Cuss words are liberally used and that is needed for a setup like this.

Every episode leaves you on a cliff hanger and click on the next episode. There’s no drop in the pace at any instance and the last couple of episodes are very racy. Climax of the series may get mixed response as the creators chose a typical reason for the killers to back off from their mission. Paatal Lok is a perfect binge worthy series to chase away your lockdown blues. A must watch.