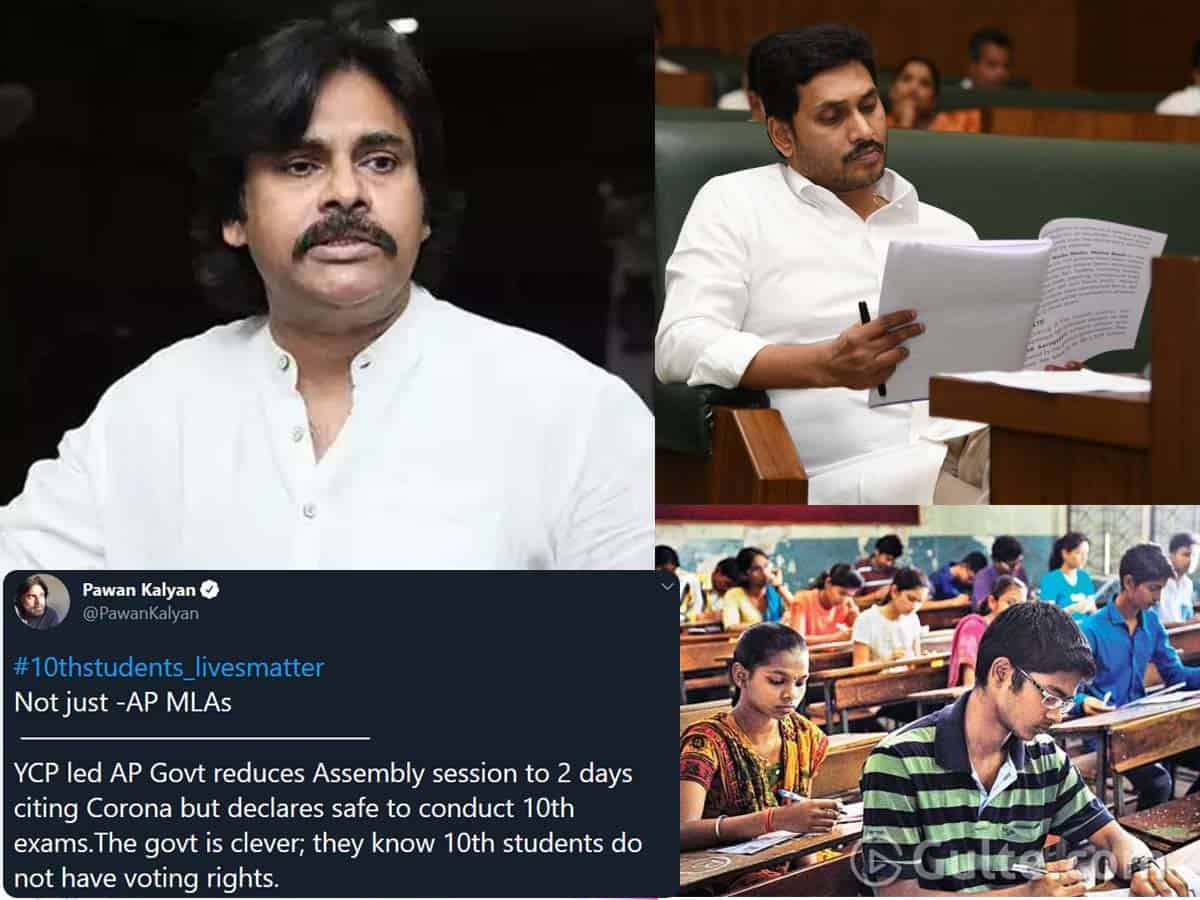 The Tenth standard board exams were cancelled in many states including Telangana due to the pandemic Covid-19. Then there raked up a debate whether AP would follow it? Several student unions, and a section of students’ parents have demanded the AP government to cancel the exams and promote all the students.

On this AP Education minister Adimulapu Suresh has clarified that the exams will go on as per the schedule and there is no change in it. Jana Sena chief Pawan Kalyan has found fault with YSRCP government and he exposed the smart play by the ruling party here.

The Jana Sena chief has raised a valid point that the YCP government has reduced the budget Assembly sessions days from three to two citing this virus risk while the government is hell bent to conduct the exams. This is because students are not eligible to vote whereas politics matter to the ruling party and so strategically it has cut down the working days of Assembly

This is actually a true argument and in Telangana, the High Court openly questioned whether the TRS government would be responsible if a student writing exam gets infected.