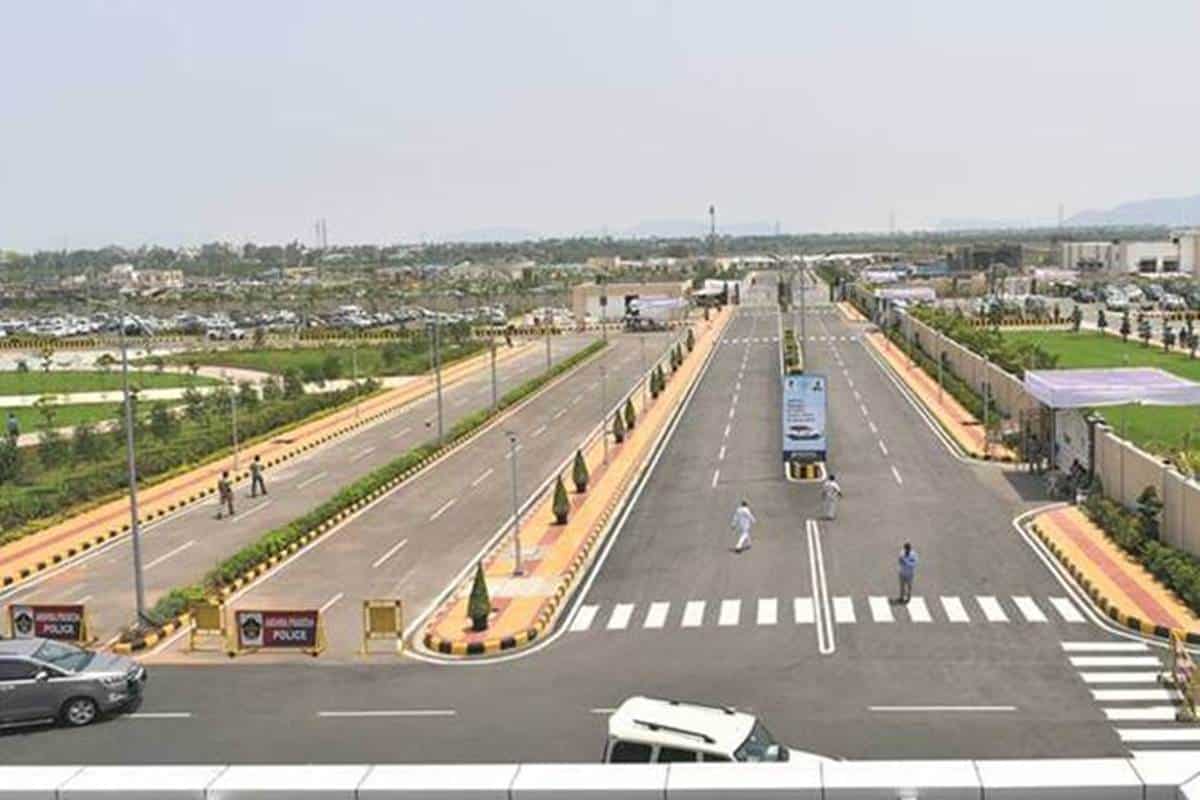 The YCP government has begun attempts to develop the capital city, Amaravati, as a self-financed project, as envisaged by Opposition leader and TDP boss N. Chandrababu Naidu.

As part of it, the government has decided to lease out vacant buildings in Amaravati and also auction nearly 240 acres in the capital region to raise Rs 2,400 crore by pricing one acre at Rs 10 crore. The auction was decided to be held next month. The Capital Region Development Authority (CRDA) issued a GO too to this effect as none of the banks is coming forward to extend loans for the development of the capital.

The government even identified the lands that would be put up for auction—100 acres of land given towards Medicity to entrepreneur BR Shetty and 148 acres given for setting up London King’s College.

However, the farmers opposed the move saying that they would not allow the sale of lands pooled for the capital if the funds raised from it were not used for the development works in the capital region.

The farmers wondered how could the CM think of selling the land in the capital at a premium price while terming the area a grave yard and a desert in the past. They opined that the CM has no right to take any unilateral decisions on the land as it was they who gave the land and that he did not donate at least one cent or a square yard for the capital. “How can they take decisions about the land contributed by us and there is no clarity on how the proceedings of the sale would be used,” they pointed out.

The funds earned from the sale of land should be strictly used for the development of the capital only, they asserted.

In the past, the High Court made it clear that the land in the capital region can be mortgaged or sold only for use of the proceedings from it towards the development of Amaravati.

The High Court had ordered that the government should take up works to provide basic amenities in the returnable plots given by the farmers and complete them within six months. However, the government made it clear that it does not have the required funds and that it cannot complete the works within six months but that it needs 60 months. An affidavit was also filed in this regard and hearing is on in connection with this case.

The CRDA issued the GO regarding sale of capital lands even when the case is still sub-judice.